This guide will help you buy RON token of Ronin sidechain. Ronin is an Ethereum scaling solution (Layer-2 on Ethereum) that has helped Axie Infinity grow from 1000 users to 2 million users in a year.

Tldr – RON is flying under the radar because it is not yet transferrable and there is no market price. But you can buy RON perpetuals on FTX. It has higher TVL and more users than all of Polygon/Matic, the most valuable Ethereum L2 today but is trading at a fraction of its price. If you are already farming RON and want to hedge, sell RON PERPs via FTX.

What is Ronin Sidechain / Ethereum L2?

Sky Mavis, the developer behind Axie Infinity built Ronin as an Ethereum sidechain to help scale Axie Infinity, the most valuable NFT game in existence today. In fact, Axie Infinity has been so successful that its marketcap rivals some of the largest names in traditional game studio world.

The below comparison is from Messari.

The Axie team built Ronin because it was all too aware of how Ethereum’s scaling issues can kill a nascent game economy like Axie. Today, Ronin is one of the most successful scaling solutions on Ethereum.

Not many know this, but Ronin has the highest TVL locked into any Ethereum bridge to date at $6 billion. This is higher than some other better known scaling solutions like Matic (Polygon). You can run or modify this Dune Analytics query to see the results.

The best thing for investors is that Ronin and RON token have gone under the radar so far because RON is not transferrable yet. Once it is released, you will see a lot more interest from crypto investors in owning a piece of the largest scaling solution on Ethereum today with both highest bridge TVL as well as highest number of unique wallets (over 100k+).

Therefore, if you think Ronin is undervalued based on usage and TVL metrics, you can buy RON token.

What is RON Token?

The team will likely reserve some RON for yield farming and liquidity incentives purposes which can further increase the TVL on Ronin. Currently, 10% of RON is emitted for AXS/ETH and SLP/ETH LP stakers on the native DEX called Katana.

If you are bullish on the Ronin sidechain, then you should buy RON which is expected to become more valuable as usage of Ronin increases.

Future of Ronin and RON

Here is where this gets so much more interesting. Today, Axie Infinity is the only game on Ronin sidechain and all contracts are whitelisted and deployed only by the Sky Mavis team. They are taking a slow and steady approach. There is a native DEX Katana and the contracts to stake AXS and LP tokens like AXS/ETH and SLP/ETH. Then there are some claim contracts and that’s pretty much it.

However, as we have seen with all kinds of new blockchains or L2s, this is just the beginning. Once Ronin opens up to developers, there will be a whole host of DeFi applications and contracts built on top of Ronin.

The big advantage that Ronin has is in terms of installed wallets. Over 2 million people have downloaded and installed the Ronin wallet. This is very important because if you are just starting to build an NFT game, why would you not build on an ecosystem with millions of users and installed base already? Ronin can become the most used NFT gaming sidechain.

How to Buy Ronin’s RON Token

RON is not yet transferrable, so you can only buy a perpetual. RON PERP on FTX is the highest volume and highest liquidity you can find on the market.

Once RON is released and tradable, expect it to be listed on Ronin’s native Decentralized Exchange (DEX) Katana.

You can also farm for RON on Katana via AXS/ETH and SLP/ETH LP (liquidity provider) tokens. 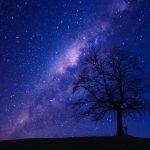 This is a guide on how to buy ICP Token from Dfinity, dubbed the Internet Computer. After a wait of half a decade, Dfinity is releasing a public launch of its network and also its ICP token which powers the internet computer. The genesis launch took place on May 7th 2021. ICP is expected to […] 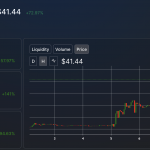 This is a guide on how to buy AlchemistCoin before the official release. As you probably know, this crypto season DeFi is the hottest thing in town, and then NFTs arrived as hotter still. Everyone from Bloomberg to New York Times is writing about NFTs. So naturally, as with all things crypto, the next biggest […] 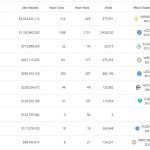 This is a guide on how to yield farm on BSC and an overview of DeFi on BSC. BSC, or Binance Smart Contract Chain is a new blockchain from Binance that is smart contract enabled and is compatible with EVM among other things, making it easier for Ethereum app developers to move to. It has […] 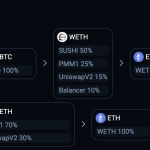 This is a guide on how to buy TORN token from Tornado Cash. Tornado is a privacy and anonymity protocol on Ethereum. It helps users with this extra layer of privacy using a trustless mixer, with denominations of 0.1 ETH, 1 ETH, 10 ETH, and 100 ETH. It also works for ERC20 tokens like USDC, […]