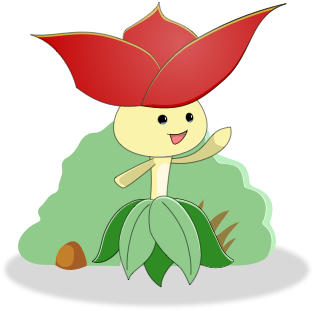 Aethia is a new game built using the Ethereum blockchain. On the surface, it seems like a Tamagotchi on the blockchain. The game ‘creatures’ are called Ethergotchis in the Aethia game. However, beyond this surface, Aethia brings with it a whole new game world, and can potentially be much more engrossing than a simple Tamagotchi.

Think of it as a mix of Pokemon, with its concept of creating new worlds, combined with Tamagotchi in that you’re responsible for the birth, growth, and development of your Ethergotchi. Each Ethergotchi is a product of its upbringing, and has several dimensions to its personality. All this makes Ethergotchi a much more exciting game with many varied possibilities.

Since the second and third order effects of such complex systems are hard to predict, we suggest not getting too bogged down by past references. We don’t know how such interesting game worlds can develop when you’re putting the in-game assets on the Ethereum blockchain, and the decentralization that comes with it. Think of it more as a simulation, fantasy, and role-playing game on the blockchain for now.

Before we describe the Aethia game and world in more detail, we would like to discuss the similarities and dissimilarities between CryptoKitties and Aethia. Cryptokitties is probably the most successful game on Ethereum today. It introduced two main features lacking in other games –

Aethia has something similar. The game assets are again going to be recorded on the Ethereum blockchain, along with major actions run via smart contracts. However, the game developers have also suggested that the level of decentralization, especially at the beginning, is definitely something they don’t want to set in stone in order to ensure smooth user experience.

The specifics of birthing and siring will of course be different in Aethia, but the basic idea is still the same.

More than CryptoKitties though, the Ethergotchi in Aethia develop based on the decisions that the players make. This means conceptually it is quite different from a game like CryptoKitties, which is fairly determined (even if there is a random element to it). For example, your CryptoKitty has certain fixed characteristics throughout its life, whereas an Ethergotchi doesn’t. Its characteristics and thus its life is determined through interaction with the player and other Ethergotchi in the Aethia world. This makes the possibilities far more numerous and exciting.

More on the conceptual level, Aethia is more of a game world, and CryptoKitties are more of a collectible (the so-called CryptoCollectible niche). The game worlds can be far more complex and full of story lines. This means, our guess is it will attract a more hardcore gamer user base. Hopefully, it doesn’t become a turnoff for the more casual players. The key is to build a supportive community and a game that is fun to play for all player levels.

If you’ve played and enjoyed CryptoKitties or Ethermon, you should definitely check out Aethia and sign up for their alpha.

Details of the Aethia Game

Now let’s dive into the actual Aethia game itself.

The team describe it as “a petbreeding game where pets, the Ethergotchi, have an RPG and simulation game aspect as well.”

You start with an egg. If you sign up for Aethia, you can get a free egg until Feb 9. The egg hatches to become an Ethergotchi. The Ethergotchi grows (or if you mistreat it, even dies. Don’t do that!) according to how you treat and interact with it.

New eggs are laid when two Ethergotchi mate. This is how new Ethergotchi enter the Aethia world. See the section on mating below for more information about this.

Ethergotchi can perform a variety of tasks, such as teaching or architecture. There is no limit on this really. You can let your imagination run wild on what your Ethergotchi can do in the Aethia world. That’s where the whole game dynamics are built, and likely will keep expanding in the future.

Each of these phases is unique. Development in each phase and from one phase to another happens via interaction with your Ethergotchi.

There are also 5 ‘qualities’ or attributes for an Ethergotchi – 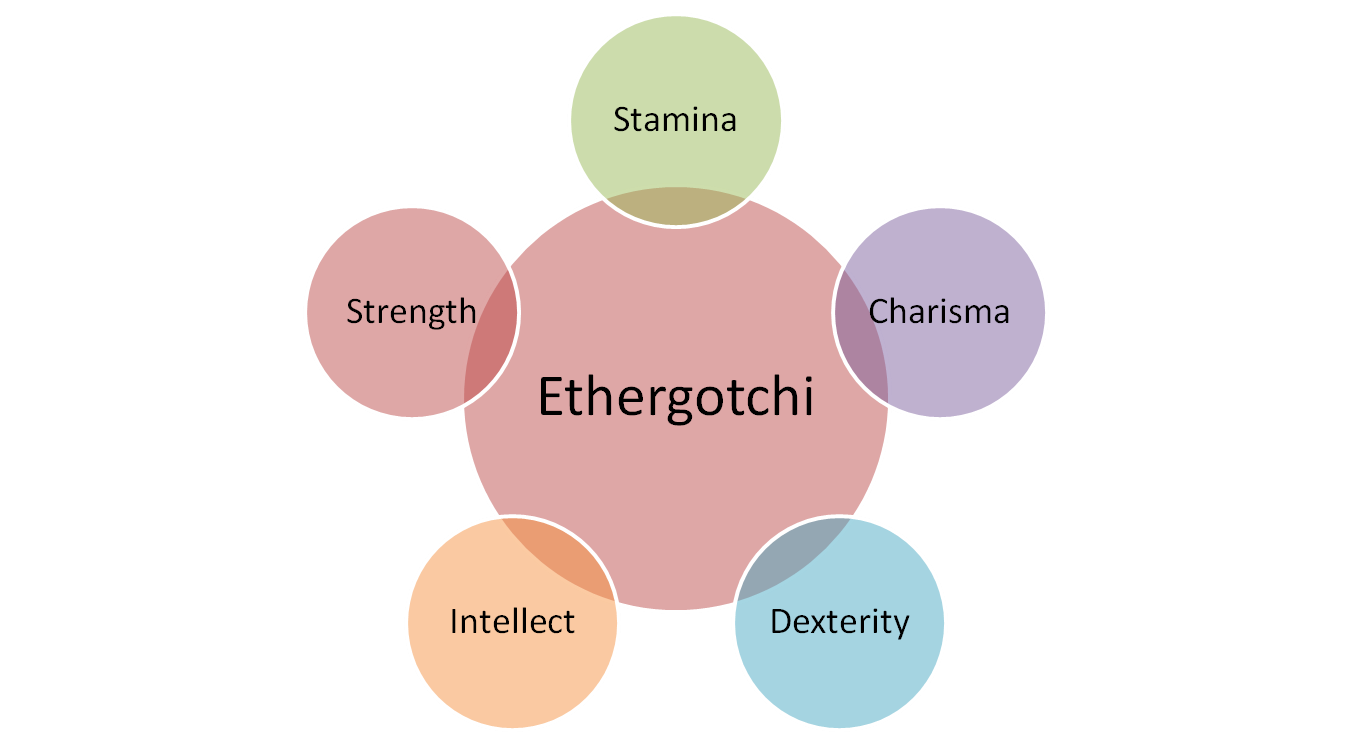 Here’s where things get interesting. When a new egg is created, it has a specific star alignment. This is determined primarily by two factors –

Star alignment affects the growth rate of base attributes of an Ethergotchi listed above. Therefore, depending on the star alignment, an Ethergotchi would be more inclined to follow a certain career path or play style compared to another.

The star alignment combined with the attributes above mean that there are a number of possibilities for an Ethergotchi right from the egg stage. Combined with its growth based on user interaction, there are practically unlimited ways in which your Ethergotchi can grow and contribute to the Aethia world.

Ethergotchi breed with each other in a somewhat similar manner to CryptoKitties. Ethergotchi are genderless. An Ethergotchi initiates a ‘mating dance’ via an ‘Ethergotchi Mating Potion’ item. If the partner accepts, the mating is performed. The originator gets to keep the egg. The partner who agrees to the mating would receive a payment in Ether. Once the egg comes into being, it can be hatched via regular game mechanics. The mating ritual takes several days to complete.

One thing to note though is that unlike Cryptokitties, the Ethergotchi can only mate once during their adulthood.

The reincarnation system is an interesting aspect of the Aethia world that keeps the game interesting even after an Ethergotchi has matured into the Adult/Mature phase. Ethergotchi can be reincarnated at the end of its adulthood. During this process, it retains some of its attributes and growth rates. This lets an Ethergotchi ‘experience a different life’ than the one it had in the past.

After reincarnation, the Ethergotchi can mate again, based on the conditions described above.

To end the section, here are some of the things that determine the value of an Ethergotchi. 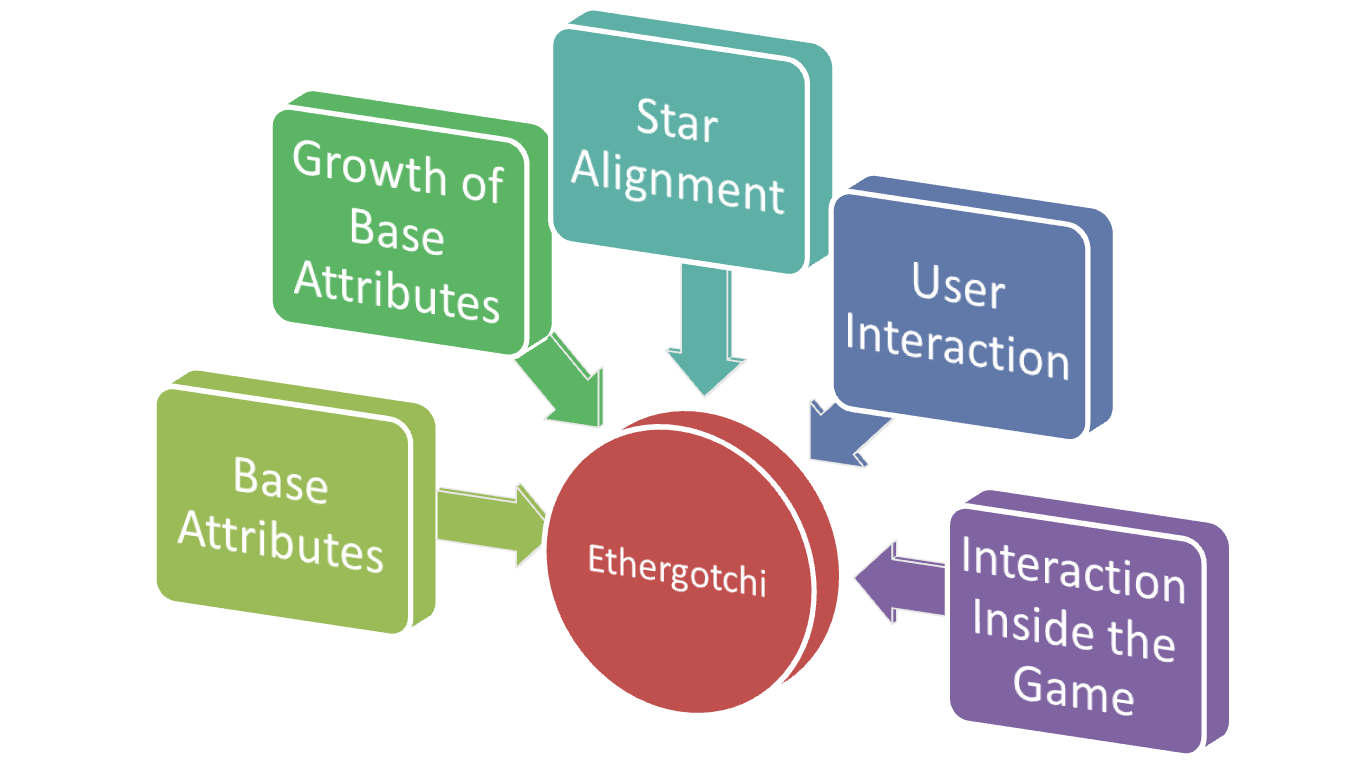 The Aethia world has its own in-game currency called CHI. It’s a standard ERC20 token with a fixed supply at issuance without any inflation. CHI is the default currency to use inside of Aethia for all purchases. There will be enough items to buy for your Ethergotchi, so the role of CHI is fairly important.

It should be mentioned that the game is free to play. The way this works is akin to a Universal Basic Income although with some differences. There is an Aethia Central Bank (ACB) that disburses a small amount of monthly CHI to all the players to look after their Ethergotchi. The implementation and economics get a little tricky with a lot of Ethergotchi (since CHI is limited but the number of Ethergotchi are not, and CHI has several uses and can easily end up outside ACB), but should be good for millions of players.

The Ethergotchi can also earn CHI, akin to how people work at jobs to earn money. However, this reduces their satisfaction and happiness parameters, and they cannot interact during the time they are working. Basically, it is a tradeoff that players will have to work with inside the game.

By creating CHI, the team can fund itself and also create an entire economic system inside the Aethia game. There are multiple possible economic interactions, which makes the game more exciting. Players can use CHI for different purposes for their Ethergotchi, which would likely determine its value in the marketplace. The dynamics would be interesting to watch and keep the players on their toes.

This is something we ask of every project, especially the ones with their own tokens/ICO. Luckily, there isn’t any ICO with Aethia (similar to CryptoKitties – if your game is successful, you don’t need an ICO, you can make money by selling game assets).

In the case of Aethia and many other new and emerging games, we can safely say that the use of a blockchain indeed provides benefits not possible outside of it.

The biggest advantage is that users can gain control over their in-game assets and not dependent on a specific development studio or game publisher.

In addition, the blockchain provides auditability, i.e. the players will have a much higher level of confidence that the game is fair to all players and follows the stated rules, since everyone is calling the same smart contracts under the hood. As an added bonus, anyone can audit these smart contracts.

We should also point out that a game like Aethia benefits from being built on Ethereum due to some of the other projects being built. Players should most closely watch blockchain scalability. There are lots of new ideas from proof of stake to Plasma on Ethereum to help with scalability. There is also good infrastructure around decentralized exchanges (0x, Airswap) and payment channels (Raiden). The infrastructure could support broader ideas like autonomous corporations in the future.

Who knows, in the future we might be borrowing against our Ethergotchi as well! Here’s to the Gen-Z retirement plan.

The one great thing about the Aethia team is that they are really active and engaging with the community and fans. Even though they just announced the project less than a week ago, they have been answering a lot of questions and developing the product. They also did a pretty comprehensive Reddit AMA on their subreddit that you should check out if the game piques your interest.

The team members are as follows –