Is Amazon really going to accept Bitcoin? This speculation came about from this thread from Bitcointalk about an hour ago –

The person starting the thread has confirmed the email is fake.

People are rightly skeptical as there’s nothing official from Amazon. Yet.

I tried to contact Amazon helpdesk and this was our conversation: 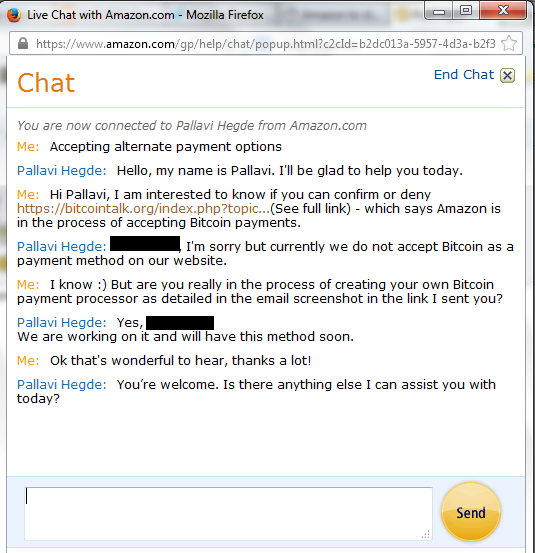 If Amazon accepts Bitcoin as a payment processor in the future sometime, it would be big. It remains to see whether it will be big for Bitcoin or for Amazon! After all, if Bitcoin is here to stay, might as well adopt it sooner than later and at least ride the publicity wave. Retail can be cut-throat competition.