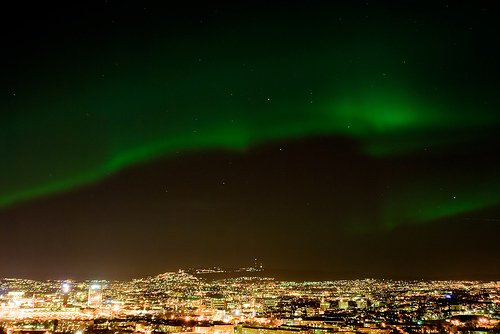 Auroracoin might be the first ‘national’ cryptocurrency. Or not, but the idea is interesting, and as a community, we should check and monitor where this goes, as it could have implications of the cryptocurrency space, especially if another country has a currency crisis in the future. Check out the original announcement for Auroracoin, being pitched as a cryptocurrency for Iceland.

Auroracoin is just another Litecoin clone, with a maximum of 21 million coins. It is 50% premined, and this is distributed to the population of Iceland, starting March 25th, 2014. The blueprint describes how the process with work – at the first stage, every Icelander will be able to claim 31.8 AUR from the founders.

I’ve written about how there are several cryptocurrencies that are trying to differentiate themselves from the crowd with ‘social innovation‘ rather than technical innovation. Several altcoins have been very successful even without technical innovation, but because of the community of users, such as Dogecoin.

A few of the cryptocurrency teams have found a new way to recruit a great community – give people a vested interest in your coin at launch. This gives the developers considerable freedom in terms of what kind of community they want to adopt. The flip-side of course is that there is a considerable ‘premine’ for the coin already, but it’s distributed to non-miners and non-developer team.

Auroracoin is ambitious, to say the least. It would be very interesting to see how the people in Iceland receive this, and how many people will claim their Auroracoins in the first four months (that’s when the first stage ends). Iceland has had a bad experience with the banks during the financial crisis and the Icelandic Krona wasn’t the most stable currency in the world (although they did come out of the crisis pretty nicely in the end, as a country). This could provide Icelanders with a real alternative to fiat.

Iceland is a fairly small country with a population of about 320,000. It would be a great experiment to push these people to adopt to cryptocurrencies on a serious scale. Even if 10% of the population start claim it, it could rise up to be a serious contender in the economic marketplace of Iceland. I am very interested to see how this will pan out in the next year or so.

If you want to buy Auroracoin and are not an Icelander, you can head to Cryptsy that currently trades it for Bitcoin. I’ll update this as other major exchanges add this coin.