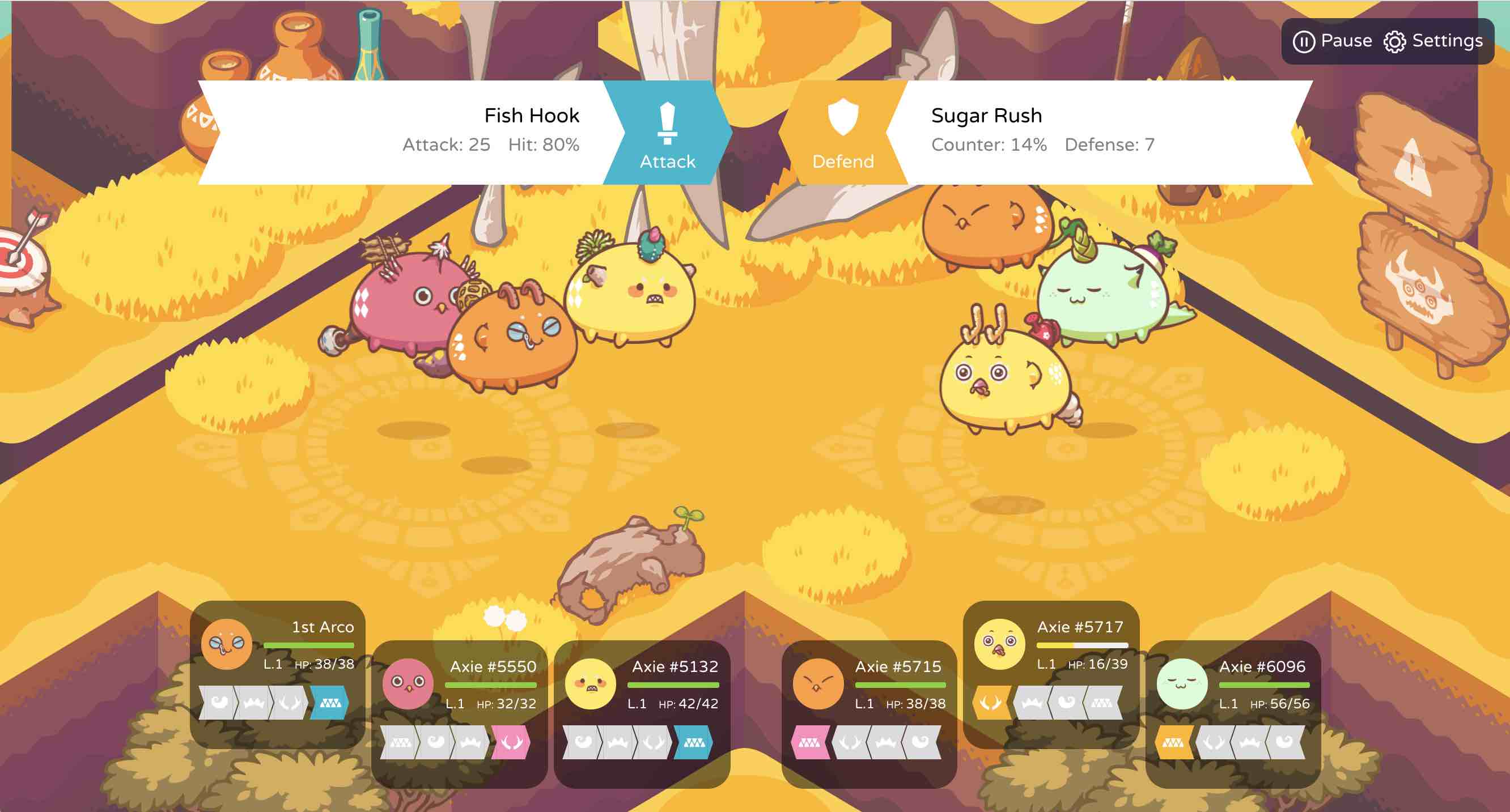 Axie Infinity, a crypto-game and collectible digital pet game on the blockchain, has launched its much awaited battle feature on the Ethereum mainnet. With this deployment, the feature is live for all players to use. The release follows months of testing internally and via limited and public beta with the community.

The battle feature lets players battle their Axies in an arena, 3 at a time, against an opponent. Axie battles are a complex mix of moves, statistics, and randomness, making them strategic and also including a component of luck.

Next Level of Crypto-Gaming

With the battle feature, Axie Infinity has shown that it can become a real gaming platform instead of only a digital collectible. The Axies that participate in battles gain experience points or EXP. EXP is required for certain game features such as breeding and leveling up for the Axies. The Axies of the winning team gain 30 EXP whereas the Axies of the losing team gain 15 EXP. There is a limit of 3 battles every 12 hours per Axie.

Players are better off entering their Axies in a battle even if they lose against a stronger opponent. There is no indication of whether the battles can be fought for higher stakes than just EXP, such as Ether itself. For example, the more recent addition to crypto-gaming, Gods Unchained, has tournament play for Ether.

On and Off Blockchain

The ownership of the Axie is still on the Ethereum blockchain which means that Axie players are able to hold their Axies in their own custody instead of the company holding the assets. The Axies themselves are represented as a non-fungible token i.e. each token that represents an Axie has unique parameters.

However, the tournament play itself is offline on Axie Infinity’s servers. This provides for a significantly better gaming experience for the players as there are no delays and there is no cost to battle for the players. This also helps prevent gaming issues due to a congested blockchain due to scalability issues.

In the future, Axie Infinity plans to run their game on a plasma chain provided by Loom. Plasma enables applications like games to run on a separate ‘chain’ as a sidechain instead of taking up space on the main Ethereum chain. Several implementations of plasma are expected to go live over the coming months on Ethereum.