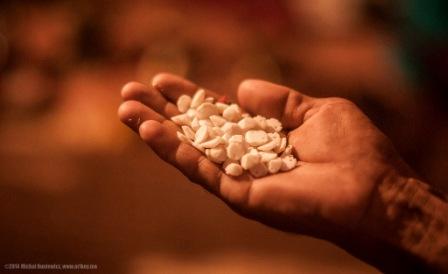 Bancor is building a really interesting economic framework that would make it easier to obtain price discovery for thinly-traded tokens. The goal of the Bancor Protocol is to allow for the creation of whole new types of token economies that may never otherwise have a price, because exchanges aren’t interested in adding thinly traded tokens. With the implementation of the Bancor Protocol, tokens can already have a source of price discovery and liquidity without there being any need to add them on external exchanges.

At the heart of the Bancor Protocol lies a smart contract that is able to exchange specific crypto-tokens (called ‘Smart Tokens’ in the whitepaper) for an underlying asset. An important point to remember is that the underlying isn’t tied one-to-one to the Smart Token. Instead, only a certain reserve ratio is in place.

If there is a token issuance that uses the Bancor protocol, the following are the key parameters –

It is important to note that the Theoretical Total Reserve described above is not the amount sitting in the smart contract. The smart contract only has this amount multiplied by the Reserve Ratio. The idea is that of a fractional reserve – in efficient markets, the reserve would never go dry because the price adjusts depending on the interaction with the smart contract (we’ll discuss price discovery and price movement mechanisms below).

If the Reserve Ratio is 100%, then the token and underlying would move together, i.e. if you issue 100 tokens backed by 100 ETH in the smart contract that can be withdrawn at any point of time, then the downside is limited to 1 token per ETH. However, things start to get interesting when the Reserve Ratio is less than 1.

Pricing and Economics Between Reserve Tokens and Smart Tokens

Before we discuss pricing-specific details, let’s outline why you would like to have a Reserve Ratio of less than one in the first place. Say there’s a token sale that raised 1000 ETH. The team can announce that 25% of this will be held in reserve, and the rest 75% will be used for their operating and capital expenses. This causes the price of the Smart Token to instantly float against ETH. Say 10,000 Smart Tokens were issued, which would mean a price of 0.1 ETH. Now due to there being a reserve, although the initial price is 10 Smart Tokens per Ether, the actual price can float even without it being added to external exchanges like Poloniex or Bittrex or even decentralized exchanges like EthDelta or Waves/Bitshares DEX.

Things get more interesting when external exchanges also list the Smart Token. Now there is a clear arbitrage opportunity between the floating exchange rate quoted by the smart contract and the exchange rate on exchanges. People can buy the Smart Tokens from two sources, and in efficient markets, the prices would come to parity. If not, someone can exploit the arbitrage opportunity and make a profit.

Bancor has some really interesting economics and game theory behind it. We look forward to the product being released and see how it affects the token issuance market.