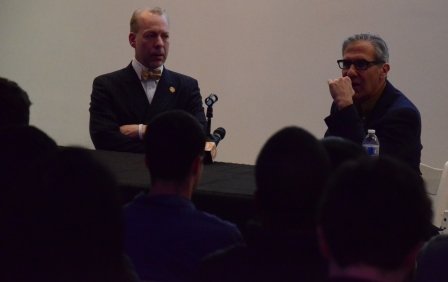 The Bitcoin center NYC is reviving the interest in Bitcoin in New York, and it is a pleasant surprise to see so many people interested in this debate. This Bitcoin debate was held on Tuesday, February 18th 2014 at the Bitcoin Center on 40 Broad Street in New York, very close to the New York Stock Exchange. The previous day, they hosted a trading and networking event, with Jeffrey Tucker ringing the trading bell and some old-school style pit-trading.

Although this was technically a debate, it seemed more of a conversation about money, economics, government, banking and Bitcoin. Andrew Schiff said he has more favorable views of Bitcoin than his brother Peter Schiff, the famed investment broker who correctly predicted the housing crash and subsequent financial crisis. Peter Schiff remains bearish on USD and the economy in general and bullish on commodities, but not Bitcoin. He thinks Bitcoin isn’t going anywhere and used the awful Tulip Mania analogy to describe Bitcoin in the past. Andrew Schiff said he has milder views about Bitcoin.

The Bitcoin center was packed, but luckily the center is fairly large in space with adequate standing room. 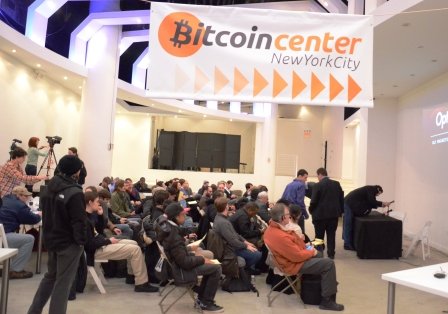 The major points raised by Andrew Schiff against the popularity of Bitcoin were that it doesn’t have a long history in the marketplace like gold does (fair enough, but you can’t really change that now, can you?) He also believes that a limited supply and anonymity are the major factors contributing to the value of Bitcoin, and if either one of these is compromised, then the value of Bitcoin might not hold. He essentially held the view that we just don’t know where Bitcion might be headed. 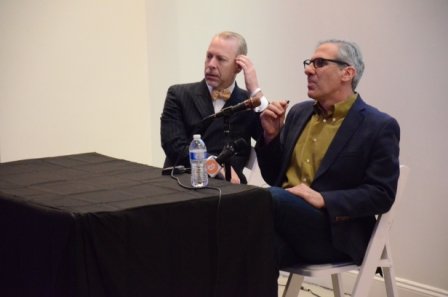 Both the panelists got some time to present their point of view, then debated a bit between themselves and then there was a question-answer round from Twitter and the audience. 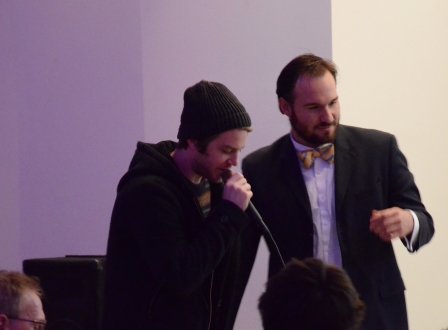 The audience knew their stuff, and there was a good discussion that followed most questions, from zerocoin to Bitcoin in Africa. One question about mining gold from asteroids got the audience and panelists laughing and dismissing the question that I thought was totally fair – it’s not that the private sector isn’t trying already. 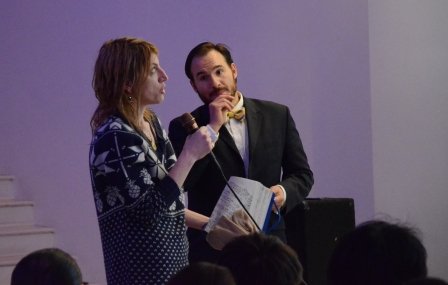 The debate lasted about an hour and a half, and the audience was pretty keen on listening in, which is always a good sign. Not surprisingly, Jeffrey Tucker seemed more of a crowd favorite than Andrew Schiff. 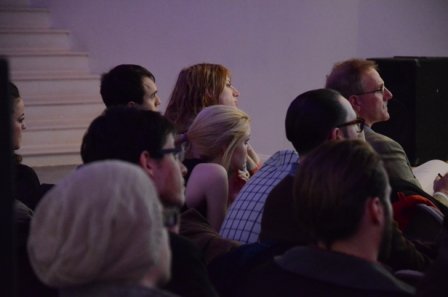 The final remarks were made by Nick Spanos, the founder of the New York Bitcoin center. There are lots of events happening here, so if you’re in or around New York, don’t forget to attend some of them at least. 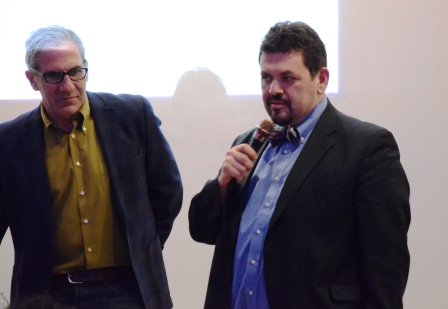 We’ve also been promised that the live recording will be available soon, although I couldn’t really find where. I’ll update the post if/when I find the full video. They definitely did record the whole show, which is a great sign of things to come! 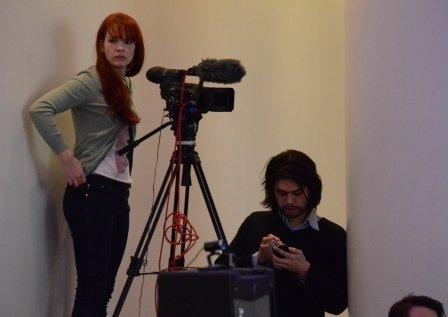 As a final note, kudos to the guy who attended this event with this on – yes, we all know Bitcoin is the honey badger of money, and Jeffrey Tucker actually referred to this during his talk too! 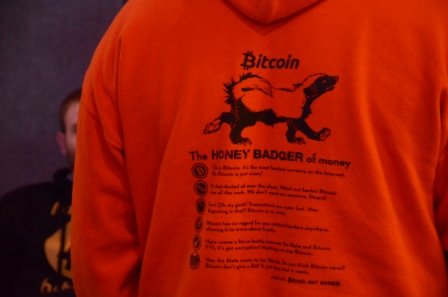