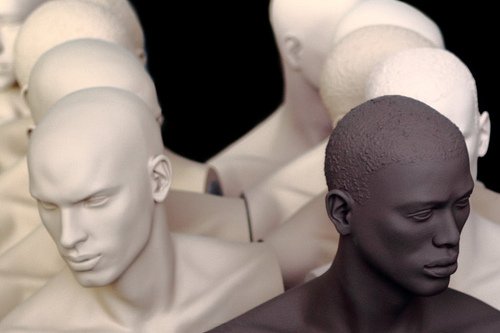 The issue of diversity in the Bitcoin space again came to light today, after Kashmir Hill (a journalist I admire for her work related to Bitcoin and cryptocurrencies in general, although I disagree with her on many issues too) wrote a post in Forbes titled “New Bitcoin Movie Introduces You To The Many White Dudes Working On Bitcoin“, a post that critiques the new documentary ‘The Rise and Rise of Bitcoin’ for interviewing almost all white dudes alone and suggesting that the people involved in Bitcoin tend to the demographic of ‘white dudes’. Well, not surprisingly, the Bitcoin Twittersphere didn’t take to this too kindly:

@kashhill I have a dream that one day documentaries will be judged not by the color of their skin, but by the content of their character.

@kashhill I’m a Hispanic woman, please be more sensitive when referring to the Bitcoin ecosystem. We are not all white dudes.

Gender, race and ethnicity are complex issues, at least in the United States. The wrong question to ask is, “Why does the Bitcoin meetup I go to skew towards the white male demographic?” or even “Why do major Bitcoin companies seem to be run by white males?” because the question is loaded with too much existing prejudice and bias in society already. What do you expect when 1 in 3 black males can expect to go to prison? Of course it’s a terrible thing, but the problem isn’t Bitcoin, the problem is the society in which Bitcoin was born, more specifically, the social norms and existing institutions of the most dominant world economy at the time Bitcoin was born.

The real question to ask is, “Is there any prejudice against blacks or women or <insert your marginalized group here> that actively prevents them from contributing to Bitcoin?” I am not a social scientist but I am going to take a guess and answer “Less than almost any other sphere of society”. What, you think when “bitcoingeist” submits a pull request, s/he is asked for age, gender and ethnicity? The whole concept of pseudonymity means that there is less prejudice online in the Bitcoin sphere than in the ‘real’ world outside.

Also important to note is that it isn’t essential for Bitcoin to be represented 50-50 based on gender or follow the demographics of the US population race/ethnicity wise. For instance, there isn’t much outrage about the fact that over 90% of registered nurses in the United States are female. There are many cultural factors at play too. If you would dare to get their world-view challenged, here’s an excerpt from an incredible essay from The Last Psychiatrist about pay-equality between men and women (a hot subject in the US right now):

…The trick is most employable women are at best at the “sales rep” level, not the lawyer level, but because of the juxtaposition you never think: why the hell would a sales rep want to be a manager? “Oh, because it’s a lot more work.” Is it a lot more money? “Well, no, it’s a little more money.” So you want me to work a lot more now for the possibility of eventually getting a job that pays only a little more money? “Yes, stupid, it’s called a promotion.” It sounds like a scam. “No, it’s a stepping stone to Nominal Vice President In Charge of Situations And Scenarios.” Does that pay more? “What are you, a communist? 401k matches 50% of the first 6%.” In other words 3%, ok, am I on a prank show? “Free GPS tracker in your phone and laptop.” Thank you Yaz, my forties are going to be great.

(Read the original piece, it’s better to argue there and show how much you disagree with the author!)

The point of all this is, it’s easy to say there are not enough women/blacks/<insert choice of minority group here> in the Bitcoin ecosystem but the Bitcoin ecosystem doesn’t exist outside the social and cultural norms of its existence. The real question to ask is, therefore, what’s stopping these groups from participating in the Bitcoin economy and more often than not, it’s a result of the society we live in, not the fault of the Bitcoiners actively looking to keep the minorities out.

(p.s. I am not the ‘white-male’ demographic)