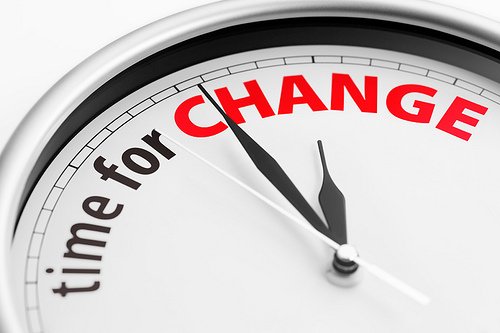 Following China barring its financial institutions from handling Bitcoin transactions and Russia prohibiting citizens and corporations from using Bitcoin, the question that is in everybody’s mind is: What does the future hold for the cryptocurrency?

When we try to answer the question about the benefits of using Bitcoin for individuals and businesses we need to take into account the fact that the currency is not illegal in almost all of the developed world, including the United States, while it has been banned and restricted in a couple of countries not known for having the most open economies. The answer then, that comes to mind is that the new digital currency is apparently considered potentially beneficial by governments of forward-thinking economies and thus is most likely here to stay.

The first ATMs in the U.S. are already in place, including in cities like Albuquerque, Seattle and Austin. This move followed the success of the Bitcoin ATMs in Canada, one of the first countries to embrace Bitcoin ATMs and allow for a “sit back and watch” attitude towards Bitcoin – a stance increasingly being adopted by other countries.

Some of the benefits include payment freedom, very low fees, fewer risks for merchants, security and control for individual users, privacy, transparency and neutrality (all evidenced by the fact that data on Bitcoin money supply is freely obtainable from the blockchain for anybody to authenticate).

Descriptions of the mentioned benefits by Bitcoin core developers can be found in Advantages of Bitcoin on bitcoin.org.

The two benefits in question which we will discuss in this article are:

About private payments, there are concerns that they could be employed for unlawful purposes. This, however, reflects an incorrect understanding of the benefit. First of all, according to Bitcoin.org, the internet currency is subjected to similar rules that administer current financial systems. Moreover, the crypto-currency cannot be more anonymous than cash considering its public blockchain and it is likely that it will not be a hindrance to criminal investigations. Jeremy Kirk at PCWorld explains that “Bitcoin offers privacy—as long as you don’t cash out or spend it”.

Besides, Bitcoin is actually engineered to stop a wide range of financial crimes from taking place, an example being chargeback fraud.

A lot of concerns have been raised on the irreversible payments benefit of Bitcoin, saying this benefit along with the private payments benefit could make the digital currency more attractive to criminals. This again, reflects an incorrect understanding of this benefit, as, again, Bitcoin is subjected to regulations of the current financial systems. According to John Delono at Bitcoin Reviewer:

One of the main reasons that playing poker with Bitcoin is great is the fact the payments are virtually instant and irreversible.

The irreversible property of Bitcoin can prove to be extremely beneficial to online businesses, especially in the areas of e-commerce, gambling, and payment processing.

It should be noted here that the private and irreversible features already exist with the widely-used and well-established wire transfer and cash.

As you can see yourself, the first and the last disadvantages will no more be issues when there is more acceptance of the currency and the technology is improved. The second one – volatility, which will also very likely not be an issue in future when there is a widespread use of the currency, as users, both individuals and businesses, will seek price stability – doesn’t have to be an issue at this stage.

Research conducted by Eli Dourado, an economic research fellow for the Mercatus Center, shows that Bitcoin’s volatility has actually declined over the past three years. He even goes to claim that, “if Bitcoin’s volatility kept falling in half every three and a half years, it would be as stable as the Euro in less than 15 years.”

It becomes easy to see why Bitcoin will succeed in the long run when we take into account the facts that:

Neil McStevens is a journalism major who was born in Texas, and grew up in New Jersey. He loves Bitcoin because it makes simple tasks like paying your bills a lot easier. His hobbies are creative writing, dancing, and coding.

5 Responses to “Bitcoin is Here to Stay: And Here’s Why”