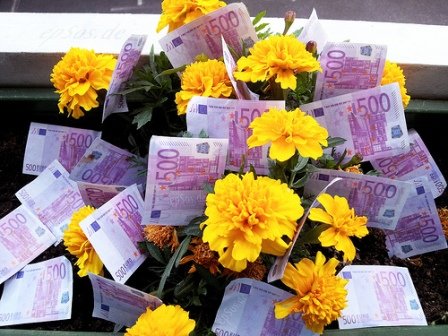 Bitcoin is much more than money, and don’t let the mass-media, or worse, most of the ignorant comments on the mass-media pieces convince you otherwise. About 95% of the “criticism” you read about Bitcoin revolves around how it isn’t a good currency and a plethora of reasons justifying that stance. Don’t get lost in the noise, and let’s be very clear about something – we don’t know what Bitcoin can be yet. No one does. Not the founder, not the core devs, not the miners, not the traders, and certainly not economists and journalists.

Just because Bitcoin has been used as a currency in certain contexts doesn’t make it a currency. Bitcoin is a piece of technology that has potential to decentralize the hell out of everything. With guarded optimism, this is an incredible feat and we don’t know how this going to be used yet.

Bitcoin isn’t a currency that fluctuates greatly in value, it is a piece of technology that has been used as a currency, and as it develops, it will be used as much more than a currency. In its current state, Bitcoin seems like a hybrid of a currency, payment system, commodity and a financial asset. Don’t think it will remain that way though. With little fan-fare, there are uses beyond this already – time-stamping a piece of document, for instance, without a notary. I don’t think a currency does this, do you?

Don’t get me wrong, Bitcoin can be used as a currency, but it is much more than currency. What the future holds is anyone’s guess. With the implementation of smart contracts in the protocol, sky is the limit, from autonomous corporations to decentralized stock markets. The value of Bitcoin is going to be a sum total of all the utility it provides in the world, not just as a currency.

The reason the main-stream media gets it so wrong most of the time is because they ask the “experts” with a uni-dimensional world-view who cannot think beyond. You know this is the case when world-renowned economists and professors get almost everything wrong about Bitcoin, like Nouriel Roubini or Paul Krugman. As Scott Rose put it eloquently, the current criticisms of Bitcoin are 10 years too early.

So Bitcoin isn’t a currency. It is btw a Ponzi game and a conduit for criminal/illegal activities. And it isn’t safe given hacking of it.

Bitcoin is just Bitcoin, get used to it.