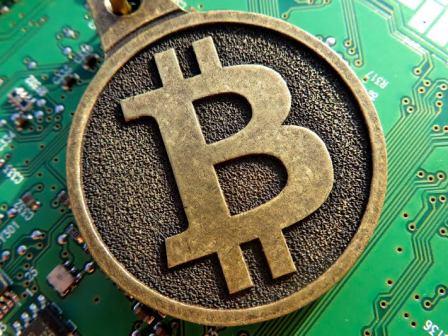 Things have been relatively quiet on the news front for bitcoin for some time, but that doesn’t mean the digital currency has gone anywhere. In fact, bitcoin has been steadily gaining momentum, rebuilding its value since bottoming at the beginning of 2015. Bitcoin has managed to bounce back from its first big test and another one is coming this summer.

Now that bitcoin has been stable for the better part of the year, fans of the cryptocurrency are preparing themselves for the next potential surge for its value. With the rise in value of Bitcoin, competition for “mining” Bitcoins is also on the rise, and the mining difficulty has been steadily increasing throughout the year.

Mining, for those unfamiliar, is a complex process specifically designed to be both difficult and time-consuming to keep the amount of bitcoins created at a near constant rate of issuance. Even as competition has heated up in the mining space, with more and more companies entering the fray and using more efficient equipment, the number of bitcoins is still issued at a fairly stable rate of 25 bitcoins per 10 minutes. There’s a limit on the total number of coins that can exist, set at 21 million. This helps to prevent any further inflation and devaluing seen from the overproduction of currency, like in traditional government backed currencies.

In order to ensure that the limit of 21 million coin mark is honored by the Bitcoin network, the value of mining bitcoins is cut in half every four years. Essentially, if 50 new bitcoins are created every 10 minutes, then now only 25 would be able to be created. The next time the halving will occur will be this July, and bitcoin enthusiasts are expecting prices to skyrocket when it happens. As the desire for bitcoins continues to increase and the rate of production is cut in half, prices are expected to go up accordingly.

It has now been more than seven years since the inception of bitcoin and the cryptocurrency is only becoming more commonplace with consumers. In 2012 (the last time mining was halved), a bitcoin went for close to $12 and had a market capitalization of around $100 million. Chump change compared to the rest of the world economy. However, fast-forward to today and a bitcoin is holding steady between $400 and $450 with a market cap of nearly $7 billion. Now we’re talking about some serious cash. Usage of bitcoin hit a record high in 2015 and apparently a good portion of this is through payments to major retailers. Businesses such as Dell and Overstock.com are reporting that up to 20 percent of their network activity now involves the currency. This is a far cry from its beginnings as the preferred method of payment on gray market platforms such as the Silk Road.

2016 has already been an interesting year for bitcoin, to say the least. With the halving coming around the corner, it’s only going to get more exciting this summer and bitcoin is looking like the most attractive investment it’s been in years.

3 Responses to “Bitcoin Prepares for Summer Surge in Price”