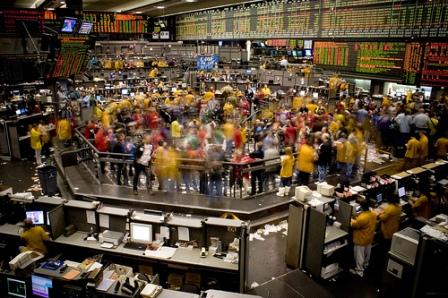 Bitcoin’s price has been falling again as it enters a more serious bear market. The price has fallen more than 40% in the last 30 days and almost 10% in the last 2 days. Let’s take a look at some of the factors that are causing a price drop and what it would take to reverse this.

Contrary to the popular claims, Bitcoin isn’t deflationary, but in fact, has a significant inflation right now. It will become deflationary around 2140 when all the 21 million Bitcoins would have been mined. For now, the supply of Bitcoins is constantly on the rise through mining rewards. Justified or not, mining will always exert a downward pressure on Bitcoin’s price, as miners need to sell their Bitcoin to recoup their initial hardware investments.

The immediate catalyst is going to be around August 2016 when Bitcoin mining rewards halve. You can track this date with Bitcoin Clock if you wish. The current estimate is August 2016. Since it takes ASICs a significant time to provide a return on investment now, I anticipate an upward price pressure several months before this date, but it is still almost a year away.

Since the last block reward halving back in 2012, the network difficulty has continued on an exponentially increasing curve. It is hard to predict the effect of this significant date on mining (we might even see a drop in mining difficulty, something that has been very rare in Bitcoin’s 5 year history) but it is very likely to push up the price.

Silicon valley has poured a lot of money into Bitcoin startups, almost being reminiscent of the 90s when a lot of money was poured into internet companies. Even though the ensuing bubble burst, it was healthy for the internet as a whole. More than $250 million has been poured into technology startups by venture capital funding. Even if a lot of them go bust and don’t live up to the hype, the few that end up surviving will become central to the growth of Bitcoin and the Bitcoin ecosystem.

It usually takes startups anywhere from 5 to 10 years to mature into serious companies, so this will have a longer term impact on Bitcoin and its adoption throughout the world. As these companies mature, they will take on the burden of promoting Bitcoin to a wider user base and should help in pushing the price of Bitcoin up as well. At this stage, the price of Bitcoin doesn’t seem to reflect the potential of these companies.

Merchant Adoption is a double edged sword which helps Bitcoin grow in the long term but in the short term, exerts a significant downward pressure on the prices, as more and more merchants sell Bitcoin in the open market and convert them into fiat through payment processors like BitPay, Coinbase and GoCoin. Some companies like Overstock have promised to keep a part of their Bitcoin revenues in Bitcoin and not convert to fiat, while many merchants just look at Bitcoin as an easy way to gain some publicity.

In the longer term though, if Bitcoin becomes more mainstream, it could generate economic activity without being converted into fiat at all. The holy grail of course is to have an end-to-end economy operating completely within the Bitcoin ecosystem. This might take more time, but as more and more companies start accepting Bitcoin, more of them might like to keep a part of their revenue in Bitcoin and use it to do business with another entity that also accepts Bitcoin.

For instance, Bitcoin payroll is a promising use of a firm’s Bitcoin revenues. Employees have several reasons to get paid in Bitcoin, from investment to speculation to curiosity to financial privacy. They will be less likely to convert their Bitcoin immediately to fiat, as if that’s what their intention was, they wouldn’t ask to be paid in Bitcoin in the first place.

Merchant adoption gives Bitcoin legitimacy in the eyes of mainstream customers and is needed for the long term health of Bitcoin and cryptocurrencies.

There has been a lot of talk of Wall Street getting seriously involved in Bitcoin but only a few companies are even taking Bitcoin seriously at this stage. There are too many questions surrounding Bitcoin to the establishment of financial industry and they are unlikely to jump onboard anytime soon. However, that could change in a few years as they understand the cryptocurrency better.

Any Bitcoin financial instruments will be interesting to watch, and I think the Bitcoin ETF will be a significant price catalyst if it gets approved. In addition, an ETF will give other financial institutions an incentive to buy and trade in Bitcoin. The market potential with Wall Street is huge, but there remain many uncertainties as well, including regulatory.

There are a few wild card events that could push Bitcoin’s price up. By their very nature, these events are hard to predict, but they are the low probability high impact events. I’ll touch on a few of them briefly.