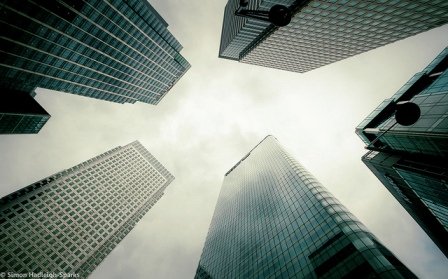 Can you create a settlement system on Bitcoin blockchain? It’s an important question, with consequences not just for the future of Bitcoin, but for the whole financial industry, and what we deem feasible in the securities industry currently.

Two big pieces of news came about in the last couple of months or so, which I feel got less attention than they deserved. The first one was a decision by NASDAQ private markets to move trading private securities to the Bitcoin blockchain, and the second was the issuance of a private bond by Overstock on the Bitcoin blockchain.

Each of these is important in its own way, showing that it is possible to settle and trade both stocks and bonds on the current Bitcoin blockchain, even without the many improvements coming to the protocol in the next few years.

Current trading systems on Wall Street require extremely low levels of latency, especially in the High Frequency Trading (HFT) world. Even without that, trading engines need to be blazing fast and be able to handle anywhere from tens of thousands to several million trades per second. Bitcoin today, in contrast, has a throughput of 5-7 transactions per second, which means it is nowhere near the scale required if every trade is published on the blockchain.

However, after a trade happens, it needs to settle in the back office, which is in  sharp contrast to the high trading execution. Most trades take at least 2 days to settle. The settlement process happens after the end of the trading day. This is where Bitcoin can help establish a superior technological solution than the current system.

A great book to understand what happens in the back office of securities transactions is After the Trade is Made by David Weiss, which I would recommend for any company working in the Bitcoin settlement space, any entrepreneurs working with Bitcoin-based settlement systems and anyone curious enough to learn the settlement process.

Beyond Currency: Bitcoin as a Settlement Platform

Bitcoin’s initial conception was as an online, decentralized currency, which is as easy to transfer as sending an email, thus negating the ideas of geographic closeness or extended trusted networks for commerce. The various innovations behind creating Bitcoin, however, have far reaching consequences beyond its use as a simple currency. Most notably, this includes the ability to have a decentralized database with consensus built into it in the form of economic incentives for participants in the network.

Once you look at Bitcoin beyond its first use case of a currency, it becomes clear that it can be used as a powerful settlement system, because it has the ability to reach a globally accepted consensus state, thus proving without doubt who owns what at a given point in time.

Therefore, if a Bitcoin were to represent not just a currency but 100 million stocks of a company (with each Satoshi representing one stock), then a trade could easily settle on the Bitcoin network with no disputes as to who (or rather which address) owns any number of stocks at a given point in time. This process makes this specific Bitcoin ‘special’, which is no longer the same as the rest of the Bitcoins, due to this value addition process.

As a final clarification, there has been an increasing trend in the media to talk of ‘blockchain’ instead of ‘Bitcoin’ as if the two were separable and as if one could separate out the ‘good parts of blockchain’ from the ‘bad parts of Bitcoin’. You cannot. However, if it helps in the change of perception, knock yourself out. It doesn’t change the underlying dynamics though.

The Bitcoin protocol does allow for the creation of these very basic securities, simply by ‘coloring’ a Bitcoin to represent something other than currency, thus establishing a level of centralization to some Bitcoins (backed by the full faith of the company that says they represent what they represent, without which a satoshi is just a satoshi, not a stock in a company) and also destroying their fungibility in the process.

In addition, Bitcoin allows for the creation of smart contracts, which are essential for creating an online blockchain-based settlement system. However, to create a fully functioning settlement system in Bitcoin, the above process is not enough. This is because the process only takes into consideration the birth of the security. The challenging aspects are going to be in implementing corporate actions. And corporate actions can be tricky to implement with or without a blockchain.

What are corporate actions? Simply put, they are events that happen to a security (stock or bond) after it is born. The birth is actually the easy part – you can simply ‘color’ a coin to your liking, using protocols like Open Assets, or even push your tokens on a protocol like Counterparty (or NXT or other altcoins even). Corporate actions, however, affect the security after it is born and is ‘out there’ in the world.

Finally, real-world issues like compliance, tax laws and reclaims, reporting requirements, and other specific jurisdictional legal quirks are essential to get right for any such settlement platform.

Can you implement a Bermudan swaption on Bitcoin? What about a Credit Default Swap? What about this other newest wall street innovation?

In most cases, a robust smart contract system coupled with some levels of centralization (e.g. with regards to defining what a default event is, in case of a CDS) should be sufficient. However, there are plenty of very intricate nuances involved in most derivatives, that only the simplest ones are feasible at least in the near future with the tools that we currently have.

From a point of view of what is potentially possible, no one can say the state of technology in 20 years. It remains to be seen how blockchains evolve over time in terms of their technology and ability to codify a lot of these nuances, along with the willingness of the participants to use this technology.

It is important to remember that there are plenty of benefits in terms of having varying degrees of centralization. It is possible that better technological tools are made available to improve the existing infrastructure than Bitcoin and the blockchains, considering the degree of centralization already present in most securities transactions.

With Bitcoin, it is possible to have a settlement system that is near-real time. This is a major improvement over the current system that takes, in general, 2 days to settle a trade. Not all of this is due to obsolete technology, however, and it is important to understand this.

Bitcoin-based settlement systems can be quite powerful for peer-to-peer trading or cross-border trade settlement. The settlement process can be made cheaper and faster in these cases.

The Initial Push and Catalysts

There has been a very big push coming from the government agencies to make settlements faster, both for bank money transfers (ACH in the US) and securities. By making marginal improvements to the existing procedures, it is perhaps possible to settle a trade in T+1 (1 day after the trade) instead of T+2 (2 days after the trade).

However, to settle in near-real time, such as an hour, the technology needs to be radically rethought. A Bitcoin-based solution is certainly one of the most promising solutions to significantly improving the system in terms of settlement times. This also comes with additional benefits such as improved transparency, ability to create regulatory rules in the contract itself, thus obviating many regulatory rules, and cheaper trade settlement especially in a global context.

Cost savings can be another very important push towards moving to a blockchain based settlement system. This is especially true for cross-border securities transactions. If you’re a US resident and wish to purchase a UK listed company, you’ll likely have to go through the American Depository Receipts/Shares (ADR/ADS) route. However, this is a very expensive process. For example, JP Morgan is the Depository and Transfer Agent for BP shares (BP trades in the UK) and they charge $0.05 per ADS creation. This fee structure is fairly standard in the industry.

It is a common media theme to talk of ‘blockchain’ instead of ‘Bitcoin’ while referring to any use of the Bitcoin blockchain beyond currency. However, it is important to note that any such use is limited in its utility and scope by the market capitalization and power of the Bitcoin blockchain. It is unfeasible to expect the blockchain to track and settle a trillion dollars worth of securities, if its underlying value is 2 billion dollars.

Price and utility need to move hand in hand. If the total value of Bitcoins in circulation is significantly less than the assets represented on it, there is increased risk and probability of a 51% attack, thus invalidating a lot of previously settled transactions.