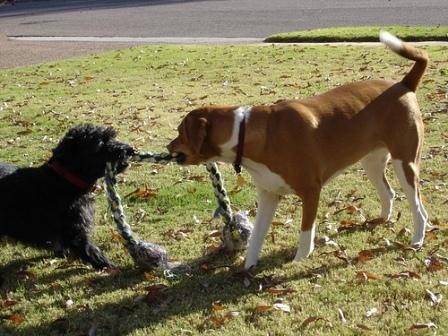 A quote from Mark Andreessen during the CoinSummit in San Francisco caught my eye – “My prediction is that the Libertarians will turn on bitcoin in two years. It will be part of the mainstreaming.” It is amusing to me, considering Bitcoin has such a rich history already. Also, this comment appears to me to be somewhat naive (I know I am not rich enough to invest tens of millions into Bitcoin companies, but I think I’ve seen and followed this space more than Mark) and lacks nuance.

I am not a fan of Silicon Valley coming along and claiming Bitcoin to be their baby now, and asking ‘those crazy libertarians’ to back-off. Bitcoin needs to grow holistically, which means taking into account all the earlier efforts that have gone into bringing it to its current stage. Remember that it is not Silicon Valley that started Bitcoin or nourished it. They are just here because they see an opportunity to make some money here (you don’t actually think the millions of dollars are being routed to open-source developers do you). Like it or not, Bitcoin has strong cypherpunk roots and those ethos are embedded into the system, whether people realize it or not.

I am not new to this kind of a struggle though. When Bitcoin price peaked near $1200 per Bitcoin a few months ago, there was plenty of trading activity in China and elsewhere, with little consideration to the underlying technology. That cycle is probably going to repeat sometime again. In those cases, the traders and ‘finance-guys’ thought they ran the show and firmly believed in it, without realizing Bitcoin as a technology.

It’s funny how these cycles and bubbles form, but Bitcoin as Bitcoin is survives and thrives nonetheless, without bothering about who is trying to flex their muscles. Even then, there are powerful groups of play here, so I think it’s important to understand and get an overview of the current state of Bitcoin and the players involved –

Crazy Libertarians: The guys who started it all, believed in the idea and philosophy of Bitcoin (including the founder Satoshi Nakamoto), nurtured it in their own way and stuck with it during the ups and downs. They can sometimes seem crazy to the mainstream, mostly because they are, with their anti-government anarchist rhetoric. Bitcoin needs them as they are the strongest supporters of the idea of Bitcoin and contribute to the idea wholeheartedly even when there are no direct financial incentives.

Silicon Valley Geniuses: The guys who believe in making products and services around Bitcoin, making money for themselves in the process, and clash directly with the crazy libertarians over the direction Bitcoin needs to take in terms of government involvement and regulation. Bitcion needs them because they build the technologies and businesses around Bitcoin that will help it gain mainstream adoption, as the founder intended.

Wall Street “Trust us we know what we’re doing” Traders: The guys who have no clue what Bitcoin is, and are only interested in making money off of this new shiny thing they call bit coin or something like that and are trying to figure out whether this new thing is a currency or commodity and how to modify the Black Scholes to create Bitcoin derivatives. Bitcoin needs them because they are the one who can design financial systems around making Bitcoin as a payment system/store of value/store of account and also provide it with the required price stability so ordinary people can start using Bitcoin more and more.

It seems like these groups of people have their ups and downs in terms of what the current narrative in the media is. Make no mistake though – Bitcoin needs all of them and it needs all of them to work together. No one group is going to achieve glory for Bitcoin on its own without the others.