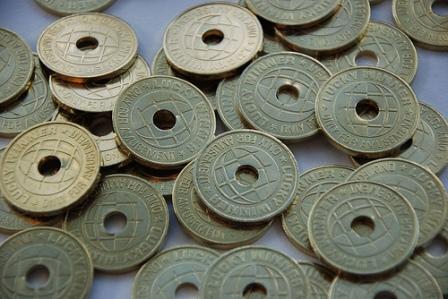 Bitshares DNS, or KeyID, as it has been re-branded to, has started trading already, and each Bitshares DNS is currently priced at around 200 satoshi. Bitshares DNS aims to be a decentralized DNS system, similar to Namecoin (NMC) but with different incentives, following the so called “DAC” model where domain name auction proceeds are distributed to existing shareholders. Bitshares DNS follows the other, more popular release BitsharesX, which is currently valued as the fourth largest cryptocurrency according to coinmarketcap.

The original purpose of Bitshares DNS was to be a decentralized DNS system which resolves .p2p domains to the corresponding IP address. However, its scope has increased now, and it seems like KeyID will also take on the roles of Keyhotee, which would provide an identification and email system on a decentralized blockchain. Using the Delegated Proof of Stake or DPOS makes these kinds of applications easier, since each confirmation typically takes just 10 seconds, instead of the 10 minute mark by the Bitcoin blockchain for 1 confirmation.

If you’re looking to trade Bitshares DNS, the best site is Bter. If you held any Protoshares (PTS) at Bter, they will honor the snapshot and actually give you the corresponding number of Bitshares DNS based on how many Protoshares you owned. This is in sharp contrast to other Protoshares exchanges like Cryptsy that have never given their users the snapshot proceeds. Bter has come a long way since its initial days, and today is one of the best exchanges out there, trading in the most promising coins instead of using the ‘bribing’ principle that other exchanges use: listing for money.

Bitshares DNS is a promising concept and differs fundamentally from Namecoin due to the incentives, including developer incentives that are lacking in Namecoin. However, it needs a lot more resources than it currently has, and the entire timeline is pretty unclear. Sticking to their reputation, the deadline for the release of Bitshares DNS was again missed by the Bitshares team. However, at least the tokens are currently trading. It would be a very interesting product for sure.

As a simple example of how this would be different from Namecoin, Bitshares DNS aims to prevent domain squatting by using a popular auction for the domain names instead of the ‘first come first served’ principle that others, including Namecoin, seem to be using. The proceeds of the domain auctions go to the shareholders by reducing the overall share count, so it’s like a ‘stock buyback’. The incentive for people is therefore not to bid on unnecessary domain names, since they can make money simply by holding their Bitshares DNS instead of using them to bid on a domain name and losing the auction. Only the serious contenders would be bidding on hot names. Also, if there’s a bidding war, it is the shareholders who stand to win. Again, alignment of incentives.

Bitshares DNS is currently in its infancy, and it will take several months at least for the full product even to enter an alpha. Right now, it is just speculation, but it remains a worthy speculation in my book.