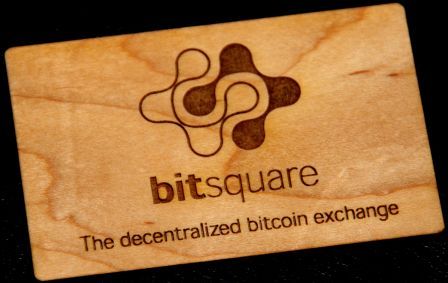 Bitsquare, the decentralized Bitcoin exchange platform (fully peer-to-peer Bitcoin exchange handling BTC/USD), has announced that it will raise money through a crowdfunding model, wishing to raise 120 BTC. This is being done, aptly, through the decentralized crowdfunding application called Lighthouse, created by Mike Hearn. It fits well with Bitsquare’s motto of decentralization. Lighthouse uses an assurance contract built into the Bitcoin blockchain, which means Bitsquare will need to reach 120 BTC by the deadline, February 9th 2014. If it fails to reach this goal, Bitsquare will not get any money (all or none model).

Personally, I am not so sure an assurance contract is the right way for them to raise money, since they could use any amount of money, even if it doesn’t reach 120 BTC, but that’s just me. Clearly, the talented team behind Bitsquare sees the benefits.

Bitsquare is also trying to be transparent with their development goals along with this funding round, with the delivery of their v0.2 version software slated for mid-April.

Wood wallets are being shipped to all donations that are more than 1 BTC in value. Obviously, it goes without saying that the primary purpose of your donation should be to support the development of the first real decentralized Bitcoin exchange, as opposed to getting a wood wallet for $250. However, it’s a nice touch in any case. Do also be aware that if you end up choosing this option, you will have to give your email address and then the shipping address to the Bitsquare team. Otherwise, donations in general don’t require personal identification information. The wood wallets are certainly beautiful though.

Lighthouse has been an incredible project that uses the Bitcoin blockchain for crowdfunding anything. There are no new coins, no new languages and nothing funky – just plain old Bitcoin contracts to the rescue. It is decentralized and without a central pivot holding the projects. Everything is laid out as rules – for example, you can withdraw a ‘pledge’ whenever you want before a funding goal is reached, without needing to get permission from the project owner or any central administrative system. There is a lot of potential for Lighthouse going forward.

Bitsquare and Lighthouse both tackle important issues of decentralization, and it is only fitting that Bitsquare ends up using Lighthouse for their crowdfunding.