Bitcoin has been on a wild ride since the beginning of 2017. It started the year off trading at around $900 and has since tripled in less than 6 months. With daily volumes at over $2 billion, the currency shows no sign of slowing down.

India has always been an interesting region for bitcoin. Even though people at large are still unaware about the cryptocurrency, the small number of people who do understand and are interested in Bitcoin has been growing rapidly.

According to the Economic Times (a leading Indian newspaper), there are more than 2500 Indians investing in Bitcoin every day, despite the warnings from the central bank. It is important to note that buying bitcoin in India is legal. However, it is not regulated by the central bank, the Reserve Bank of India (RBI).

On December 24, 2013, the RBI issued a press release on virtual currencies (like Bitcoins, Litecoins, Ethereum, Dogecoins, etc.) stating that creation, trade, and usage of virtual currencies as a medium for payment is not authorized by any central bank or monetary authority.

After the recent wannacry attack, Indian government finally looks serious to tackle bitcoin and other cryptocurrencies. Last month, they sought public opinion on whether or not to regulate bitcoin. It seems like the government is in the process of drafting regulations around cryptocurrencies.

Regardless of what government comes up with, there is no way they can completely ban bitcoin. People are buying bitcoins in India and will continue to do so.

Up until two years ago it wasn’t very easy for an average Joe to get hold of bitcoins in India. Today, however, there are several exchanges from where Indian citizens can legally buy bitcoins. Few exchanges outside of India also let Indians buy bitcoin. 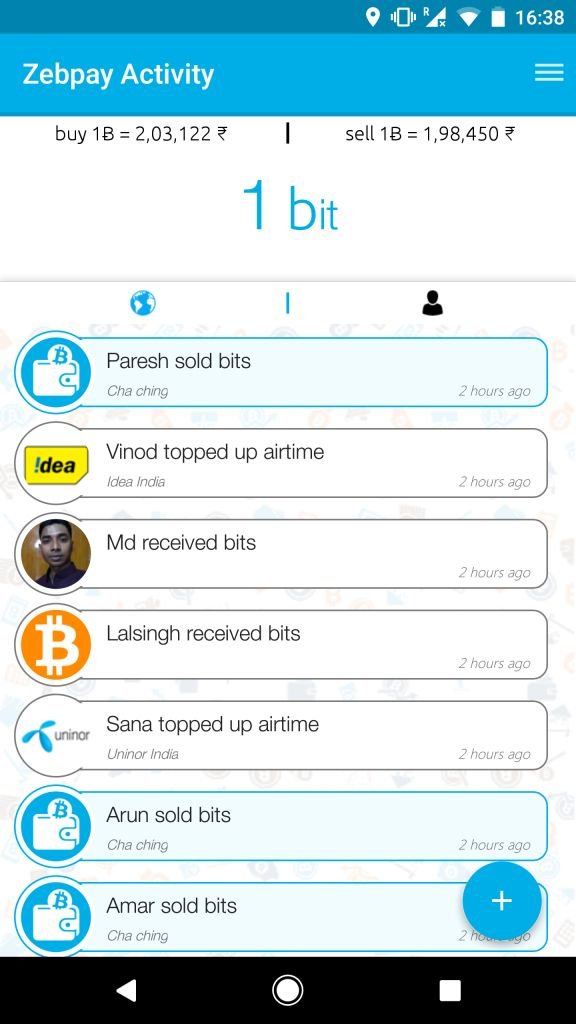 Zebpay is the largest Indian bitcoin exchange with daily volumes hovering around 4000 bitcoins. It has Android and iPhone apps that make it easy to buy bitcoins with a connected Indian bank account. Zebpay charges a minimal amount of INR 10 on every withdrawal.

Coinsecure provides an interactive trading platform along with the exchange. The transaction fee is 0.3%.

Unocoin is another great exchange but their prices are usually a bit higher compared to other exchanges. They charge 1% fees on every transaction.

Pocketbits is a new player in the market. Founder of the exchange is very active in buying and selling bitcoins on localbitcoins. They are super quick with verifications and deposits.

LocalBitcoins is an escrow service which helps to match buyers and sellers. In India, the most common method of making the payment is IMPS transfer. It’s easy and quick. With LocalBitcoins you don’t need to go through any KYC process. Just select a reputed seller and buy bitcoins.

You may also find people willing to meet you in person to do the transaction. These meetings are not facilitated by LocalBitcoins in India.

Coinmama allows customers to buy bitcoins from any country including India via debit or credit card. They charge a ~6% fee on every purchase. You don’t need to verify your identity if you’re buying less than $150 worth of bitcoins.

BTCC is based out of Hong Kong and let’s people trade in USD. You will need to wire USD into your BTCC account in order to buy bitcoin from the exchange.

Shapeshift lets you buy bitcoins with altcoins like Ethereum, Litecoin, Dogecoin etc. You never need to create an account on Shapeshift. Exchanges happen almost instantly because ShapeShift never actually controls your tokens but simply exchanges them.

After the demonetization scheme, there is a sudden push by the government to move towards a cashless society. The move has made people in India to look at bitcoin as an investment opportunity.

India also has one of the largest remittance markets with a total value of more than $70 billion. A user generally ends up paying up to 15% in bank charges and conversion fees. This is where bitcoin’s true potential lies – quick transfers with negligible fees.

Clearly, the adoption of bitcoin is at a steady pace in the country. Only the time will tell if it can go mainstream.

One Response to “How to Buy Bitcoin in India”