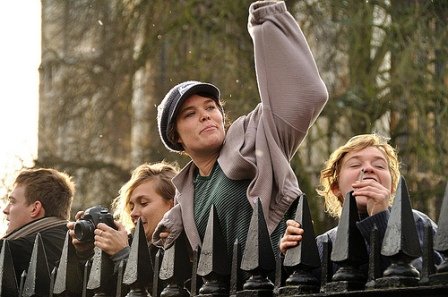 Coinbase, the largest Bitcoin “exchange” (it isn’t an exchange per se, just a way to buy Bitcoin online through your bank account) in the United States and one of the few ways to buy Bitcoins through an American company has announced that it is giving away $10 for every college student who registers new on their website. The requirements say that you must be a new user and you must use your college email address ending in .edu, so I don’t know how they can distinguish current students from alumni, faculty, etc. who all would have a .edu account. My guess is they don’t – so it should be relatively easy for anyone with a .edu email account to sign up for Coinbase now and get $10 free.

This comes just before Circle showcased it’s product, which is going be great news for people looking to buy Bitcoin in the US in a simple manner, especially because Circle said they won’t charge any fees right now, as opposed to Coinbase that charges a significant 1% fees while buying and selling in addition to a 15 cent fee for every single transaction. If Circle has similar prices as Coinbase, I see no good reason to keep buying on Coinbase, although it would help to have a Coinbase wallet anyway because they pay the Bitcoin transaction fees for you. So if you have a bunch of micro-payments to make, Coinbase might still be a good option even after Circle opens its gates to everyone. This kind of competition is very needed in this space right now.

Making students familiar with Bitcoin is a nice strategy because the current college-going generation is probably much more comfortable with technology and less likely to trust banks than the older generations, so they would be more amenable to a currency like Bitcoin. Given the many advantages of using Bitcoin for merchants, if they offer a good amount of discounts for using Bitcoin to buy from them, it could really give a nice push to Bitcoin adoption. Only time will tell.

If you have a .edu email address, sign up for Coinbase and get your free $10 worth of Bitcoins.