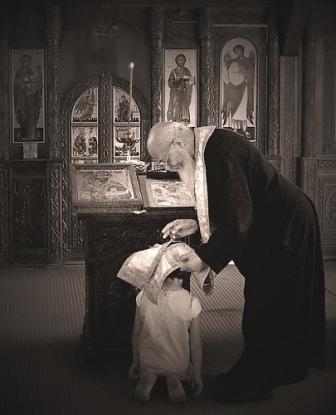 When I first started researching Bitcoin to write a guide for small businesses, my knowledge of the technology and its applications were minimal. I understood the basic idea of a virtual currency, was baffled by the actual process of creating it (mining, block chains, etc.) and intrigued by the fact that the potential application for Bitcoin and the belief of its supporters went far beyond some kind of virtual gift certificate.

The biggest opportunity for businesses with digital currencies is a further level of middle-man being stripped away from the process of trade. E-commerce has allowed start-ups, small businesses and individuals to reach out directly to consumers without the need for investing in physical locations or relying on retailers, which has led to the demise of bricks-and-mortar stores across the developed world.

In this same way Bitcoin strips away the financial institutions that act as barriers to commerce rather than facilitators. Credit card companies and payment processors like PayPal charge membership fees, transaction fees and restrict who can use their services. Of course they have certain responsibilities and safeguards when it comes to the use of their services, but these limits can stop genuine users from accessing the ability to exchange their goods and services.

So how does Bitcoin continue to convert people like me, to transform a passing acquaintance of the concept to the belief in its power?

As the collapse of MtGox demonstrated the infrastructure that helps facilitate the spread of Bitcoin is still on shaky foundations. Experienced Bitcoiners may know how to buy their Bitcoins, keep their investment safe and to take certain precautions, but the lack of established systems to buy and store is still very off-putting to the uninitiated. Things are gradually improving and will do so more quickly as growth in demand drives faster change; the technology of Bitcoin has been shown to work, the technology that delivers needs to be proven next.

Hands up how many people bought Bitcoin because they heard the value was skyrocketing and wanted to get in early and hands up how many people bought Bitcoins to exchange for coffee at a local cafe? In the general consciousness Bitcoin is still viewed primarily as an investment, that’s likely in the middle of a bubble, something you’re better off collecting and keeping, why spend something that’s sure to go up in price? The only thing that will demonstrate the usefulness of Bitcoin is an increased volume of spending, this will show its effectiveness as well as helping to stabilize the value.

We all know how reluctant people are to embrace new technology, that is until it reaches a tipping point at which the benefits become incontrovertible. Normality and familiarity are key drivers of any product, service or technology and the only thing that drive them is time.

As a Bitcoin convert who approached it from a business perspective, I can see how it functions as both a powerful piece of technology and as something revolutionary that fits with certain democratic and libertarian ideals. On a practical level, what will determine the success of Bitcoin, or any future digital currencies that come along, will not be the impressiveness of an algorithm or a belief in free trade, but how stable, how easy-to-use, how widespread and how useful it can be to the public.

Joe Towner blogs on finance and business for borro Money and recently published Buy Into Bitcoin, a guide to digital currencies for small businesses and entrepreneurs.