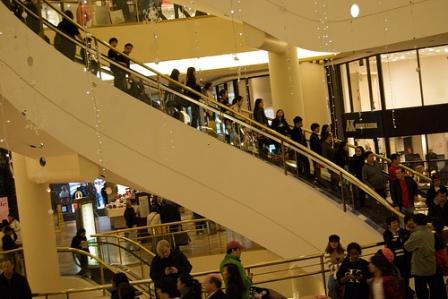 Gone are the days when everyone in the Bitcoin community cheered whenever a new business started accepting Bitcoin. Today, there are tens of thousands of businesses all over the world that accept Bitcoin, and through gift cards and third party re-sellers, you can pretty much shop anywhere through your Bitcoin.

And why wouldn’t businesses accept Bitcoin? It offers lower fee solutions, no chargebacks, free publicity and a USP to sell to. It wouldn’t be surprising if the largest consumer businesses on the planet started accepting Bitcoin within the next few years – after all, they have absolutely nothing to lose and potentially something to gain (higher margins, especially in the retail industry).

The real challenge for Bitcoin to truly succeed as a currency though is consumer adoption. Not people within the community who currently use and evangelize Bitcoin, but the ordinary people who couldn’t care two hoots about how they pay for things. Why would someone want to use Bitcoin instead of just swiping their credit card, which takes as little effort as is humanly possible without Google glass? There are several reasons why consumers might want to go out of their way to use Bitcoin instead of credit cards –

These are just some of the ideas through which consumer adoption for Bitcoin will increase in due course of time. Know of any other?