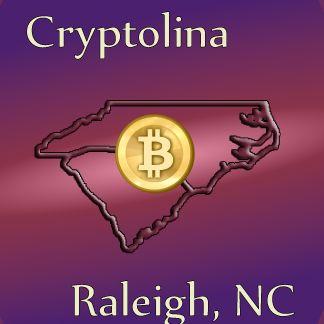 Cryptolina is the first Bitcoin Expo taking place in the Carolinas, with the event scheduled for August 15th and August 16th 2014 in Raleigh, North Carolina. The conference is turning out to be an interesting affair already, with a variety of speakers and sponsors already lined up for this opportunity. It is great to see Bitcoin conferences popping up in different cities throughout the United States and not just the East and West Coasts, which seemed to be the case even a year ago.

Cryptolina follows another interesting Bitcoin conference, this time in the heart of Midwest, in Chicago, which took place on July 19th and 20th, 2014. The United States, unsurprisingly, is taking the lead in Bitcoin-based businesses and startups, and developing the ecosystem around cryptocurrencies. It was only a matter of time before the ideas spread to other smaller cities. The US is also leading the world in terms of the number and variety of Bitcoin conferences and expos, with only more of them to come in the future.

Cryptolina seems like a very special event, as it is courting unconventional speakers, and therefore promises to be an interesting mix of talks covering everything from the philosophy, economics and technology around Bitcoin. It is always nice to see events happen more locally, where people can attend and participate in these expos without too much of a travel-hassle. I am sure this event would be well-attended by the entrepreneurs and thinkers around the Carolinas.

One of the most interesting aspects of the conference seems to be the choice of Keynote Speakers – Edmond C. Moy, 38th Director of the United States Mint and Adam Draper, Founder/CEO of Boost VC – acknowledging that Bitcoin has grown up, into something more mature and mainstream than it was even a year or two ago. 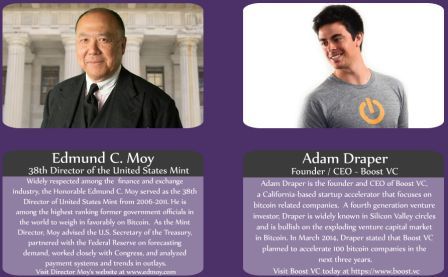 I am excited to be a part of this conference, and will be live-Tweeting the event as well as covering it in various formats. If anyone else is attending, drop me a line.