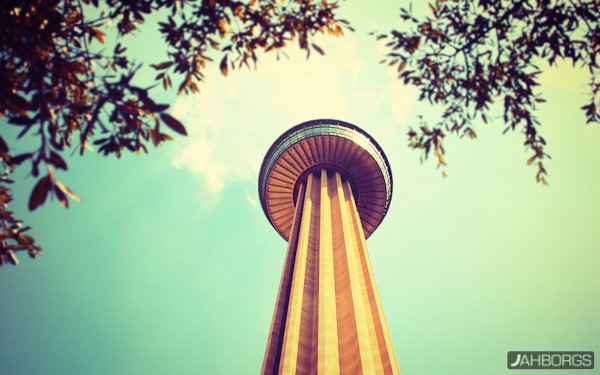 I want to follow up on my original article on how a technology like Bitcoin can enable autonomous corporations to take root. A few commentators didn’t like the use of the word ‘corporation’, considering the legal implications of such. I guess autonomous entities would be more accurate, but I’ll stick with corporations for the sake of consistency. If you don’t like it, just replace corporation with entity.

Also, as another note, I discuss two broad structures of autonomous corporations. Neither of them is anywhere close to ‘singularity’. This could be considered AI but it isn’t anything remotely ‘futuristic’ in the way that these would be our overlords. In fact, many of these ideas are already in existence today, starting with Bitcoin, and many others would become reality in the near-future, in say 5-10 years time. These autonomous corporations are fully autonomous, but still fairly ‘dumb’. The real power comes from services they can provide that have real economic value, based on a completely human-run world.

There are two broad categories of autonomous corporations that can exist. I discuss both of these below. The main structure to look for is where the ownership and control lies. On the control side of things, by virtue of being autonomous, this corporation/entity has no central control, not even the inventors/founders. By nature of its design, it controls itself (think Bitcoin) and it lives and dies by this principle. I’ll discuss these in more detail below.

The simplest base case of this form of ownership and control structure is of course Bitcoin. The ownership is distributed as ‘shares’ – think of each Bitcoin as representing one share in the corporation. The corporation provides some service (value transmission, store of value, asset registry, implementation and enforcement of contracts, etc.) and the value is distributed to the shareholders. However, the Bitcoin network also needs some external help to survive, so it pays ‘miners’ to perform a proof-of-work computation to secure the ledger and prevent double spending. This is paid from two different sources – stock payment (creation of new Bitcoin) and charging service fee (transaction fees). After 2140, only the latter is left.

Shareholder value is distributed in the form of capital appreciation for Bitcoin and most other crypto-currencies. There are proposals for including dividends in newer ideas like Bitshares.

On the employee front, the employees are different from owners although employees are paid in company stock. The employees include miners who secure the network. The development is open source and therefore not really ‘paid for’ although the early development team knew about the project and mined, and therefore has a stake in Bitcoin. This can potentially, down the road, create the infamous Principal Agent Problem but we are pretty far away from that stage.

Bitcoin was the first truly autonomous corporation that opened the doors for future ideas. There are several interesting ideas that improve upon this or experiment with different value propositions.

Proof of Stake or Owners as Employees

The principal agent problem can be overcome by proof of stake, first implemented in Peercoin. I won’t go into the full details here, but know that it is imperfect, but a way to avoid the ‘miners’ working off on their own, that doesn’t benefit the ‘owners’ (e.g. centralized pool controls and corresponding power abuse). This isn’t perfect, but it’s a start. It also doesn’t need a lot of expenditure in terms of employee compensation and can thus retain more shareholder value. Distribution is always a challenge though, e.g. NXT, but if a beneficial service can be provided, its effects are minimized.

Primecoin was the first to provide additional services besides value transfers/asset registers etc. to branch out beyond the regular value sources of crypto-currencies. The proof of work involves computing cunningham chains that are useful in Mathematics. Namecoin does the same through a decentralized DNS system that is very useful as there is no central point of failure. Although these don’t have a tremendous economic value at this stage, this is the first idea how an autonomous corporation can use distributed computing to solve problems and thereby increase the overall value for shareholders.

Remember how we said that these aren’t ‘highly intelligent machines’ that can do everything by themselves? They need humans in the form of development work, mining, etc. Memorycoin, a new altcoin, pushed the envelope to include, within the protocol of the blockchain to hire 5 employees for development, marketing, network effects, etc. This is the first instance of a blockchain hiring people directly to do activities that promote the autonomous corporation and increase its overall value instead of just securing the network. These positions are paid in company stock just like for miners. Read more about it here.

In addition to hiring employees, Memorycoin created the first real voting mechanism in the blockchain, where one-coin-one-vote system was implemented. This could branch off into several future corporate decisions, so instead of having a board of members decide future direction, it could be the owners themselves in a purely democratic voting system.

2. Self Ownership, No Centralized Control

These are a very different type of autonomous corporations that retain control of their ownership, so they are 100% self-owned instead of distributing equity. The corporation retains the full proceeds of its economic activity instead of being distributed among shareholders. Think of this as a private, non-publicly traded corporation.

Since there is no ‘stock’, this corporation needs to figure out ways to pay its employees, contractors, vendors, service providers, etc. in real money rather than stock. The only way for such a fully autonomous entity to hold and spend money is through crypto-currencies like Bitcoin.

There needs to be an economic incentive for people to design these autonomous entities, and if there isn’t capital appreciation (remember not even the founder holds any ‘stock’ in this entity), then there needs to be another mechanism. This should be a debt-based rather than an equity-based incentive structure.

This means, every autonomous corporation starts off with a debt to its founder. After it gets enough revenues and converts this into earnings, it pays the owner back, at which stage, it is completely debt-free. I’ll discuss why this model is useful below when I discuss further financing and future development – the creation of ‘children’.

If it’s no longer economically viable to operate, the corporation can shut down or try to enter a new market, just like any other ‘real-world corporation’.

There are a few challenges in this design –

One can work out, bit by bit, the solutions to all these problems. Here are some ideas in this direction. Needless to say, it requires a lot of community effort in this direction with various iterations.

These are obviously starting-point ideas. There is a lot of innovation possible in this space, and we can only imagine the kinds of interesting creations possible in the future.

What are your thoughts on this?

One Response to “Dawn of Autonomous Corporations: Part-2”