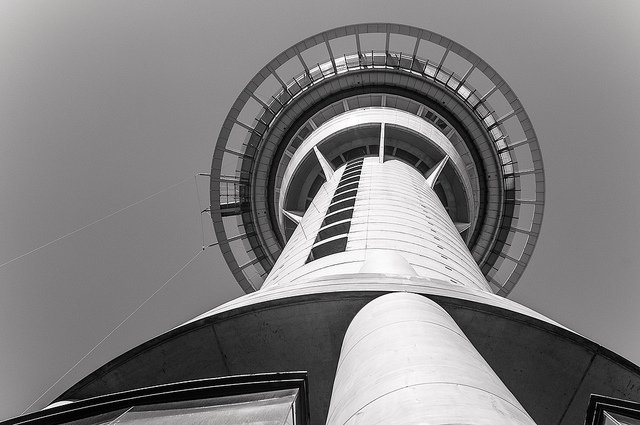 Still waiting for Bitcoin to be accepted at Amazon and eBay? Forget it. Bitcoin will power the next generation of corporations and the only way to deal with those corporations will be through Bitcoin (that’s right, they won’t, or rather can’t, accept fiat like US Dollar). These ideas may seem futuristic, but they are not more than 5 years away, maybe 10.

That’s right, autonomous corporations will be a new breed of corporations that act and behave, for all practical purposes, just like regular corporations. However, no one ‘owns’ them. Not the creator, not the customers, not the governments, no one really. Sound familiar?

Bitcoin can be thought of as the first real autonomous ‘corporation’ although you probably don’t see it that way. Think about it – it provides a payment protocol and employs miners to maintain that protocol. The employs are rewarded with ‘stock’ that is split at most into 21 million units. You don’t have to think of Bitcoin this way to get to autonomous corporations, though it will help.

The idea is the same – this corporation has revenues, expenditures and profits. However, once again, no one owns this entity, it owns itself. The reason it exists is to provide a service at an extremely competitive price that no human-based corporation can provide, so they’ll work higher up the chain to provide ‘value-added’ services.

How Does this Work?

This kind of corporation isn’t restricted to live online. If the hardware exists (which might take time), you could have, say, self-driving cars owned by this corporation. These are being worked on right now, and the first ones shouldn’t be that far away into the future. See also Vitalik’s series on decentralized autonomous corporations.

Bitcoin makes this possible, for the first time ever, because it provides a payment protocol that is independent of an entity and since this autonomous corporation cannot deal with banks (for all practical reasons), Bitcoin solves the major missing piece of the equation – payments. Bitcoin makes it possible to program a corporation to accept payments and make payments without having to deal with any intermediaries that cannot be trusted. If you want to deal with such a corporation, you better have Bitcoin or any other potential decentralized crypto-currency.

The last pieces of centralization are removed with a system like Namecoin that is decentralized DNS system that the autonomous corporation uses as its website/front where it interacts with people. There will ideally be a decentralized identity system, like the Keyhotee system. Communication can take place through something like Bitmessage or through the Keyhotee mailing system that is decentralized. The autonomous corporation cannot afford a central point of failure for essential functions.

This is just one example where a protocol like Bitcoin can completely revolutionize the world we live in. Lets look at the big picture. Who cares if eBay accepts Bitcoin? The real value of Bitcoin lies in economies that don’t yet exist. Now that Bitcoin has reached another high since the last run-up, there will be several calls of a bubble. Lets not forget the real strengths of Bitcoin in the day to day price fluctuations. These don’t measure the value of Bitcoin and what it can be. And all people seem to care about is drawing parallels to tulips!

48 Responses to “Dawn of Autonomous Corporations, Powered by Bitcoin”