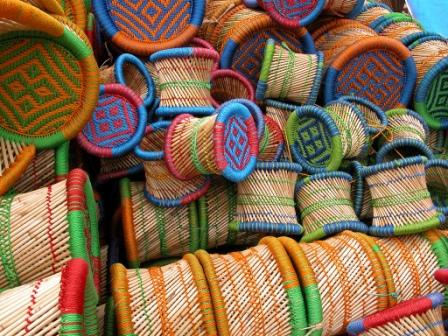 Dividend paying cryptocurrencies are becoming a dominant, emerging trend. Crypto-investors should be aware of their dynamic, and how they can enhance returns. Given their similarity with dividend-paying stocks, we can look at historical data and models from the stock market to try and make predictions on how the dividend paying cryptocurrencies will or could evolve over time.

Note: We get a lot of questions on where to buy these tokens. You can buy them on exchanges like Binance or Bittrex. Another way is to go to Coinmarketcap and search for the token, then look at the list of exchanges that trade the token you’re interested in.

This assumes that you already have Bitcoin or Ether. If you don’t you need to buy those first at a place like Coinbase and then transfer the Bitcoin out to buy these tokens.

Dividends vs. Proof of Stake Rewards

Before we proceed further, I want to clarify that proof of stake rewards do not qualify as dividends. Dividends are paid via economic profits or usage of the network by others, whereas proof of stake rewards are paid via inflation. These should not be confused. In order to pay dividends, the cryptocurrency needs to provide some economic benefit, and use those proceeds to pay dividends to the token holders. Remember – earnings, not inflation.

Some proof of stake cryptocurrencies will pretend or mislead investors, and call their stake rewards dividends. Please don’t fall for that. In this article, we’ll strictly discuss ‘real’ dividends, i.e. earnings created in the ecosystem, and not ‘fake’ dividends paid out via inflation of the monetary base. We are only interested in dividend paying cryptocurrencies that provide some economic utility, that is then shared back with the token holders.

These can either be ‘work token’ or ‘security token’ or even some utility tokens in the future. We’ll discuss all categories.

To be sure, the idea of cryptocurrencies paying dividends is not new. However, the idea has evolved over time, and so have the implementations.

The first time the idea was seriously used in a cryptocurrency system that I am aware of was in Bitshares (if it weren’t for the founder’s greed, it could today have been a great system). Bitshares originally was a decentralized asset trading platform that traded market-backed assets, with game-theoretic price convergence between the Bitshares-assets and real-world assets.

Bitshares’ original idea and implementation was that the entire ecosystem would take a fee for trades that occur on its platform, say, BitBTC/BitUSD trades. This fees is then returned to all the BTS holders. This original implementation didn’t increase the supply of BTS to the holders while keeping supply constant. Rather, due to programmatic ease, it just decreased the overall BTS supply, in effect making each BTS a little more valuable.

This is more like a stock-buyback rather than a dividend. Economists would argue they are the same thing, but psychologists should know better. The Bitshares idea never took off, and the dividends were limited anyway. Add in a later inflation schedule, and the supply increased way more than any economic benefit to the system, thereby rendering the whole idea invalid.

However, the case for paying dividends was clearly present. The economic value was supposed to be created by helping traders bet on the prices of commodities or other cryptocurrencies. The network charges a fees for this benefit, and this gets returned to the holders of Bitshares token (BTS).

DigixDAO was the first Ethereum-based token that started paying dividends. Note that this dividend is paid from earnings, not inflation. The earnings model comes from gold storage – the Digix Gold Tokens (DGX) are asset-backed Ethereum tokens (gold-backend) that freely trade in the market and can be transferred via the Ethereum network to Ethereum addresses. This generates fees – usage and storage fees. This fees, in the form of earnings of the DigixDAO, is distributed to the holders of DigixDAO, the DGD tokenholders.

Note that unlike Bitshares, DigixDAO has a full backing of gold in its valut. This naturally also requires costs to maintain, insurance, audits, etc.

The economic utility is for people who want to buy, sell, and trade gold-backed tokens. The network charges a fee, which is then distributed to the holders of DigixDAO, i.e. the DGD token.

TaaS is a security token that pays a dividend out of profits. TaaS works as a closed ended fund for crypto tokens, with the TaaS team having complete discretion over how the money is spent. The holders of the TaaS token had given the TaaS team millions of dollars to manage as part of the ICO process. The team takes a fees to manage the money and a cut out of the profits. Anything that remains is shared with the TaaS token holders.

The TaaS project has been paying regular dividends in the form of ETH to the TaaS token holders.

Projects in the Pipeline

After the launch of Ethereum and its use as a serious cryptocurrency platform, there was a renewed interest in systems built on top of Ethereum that had real economic benefit. Many projects chose to provide that economic benefit in the form of dividends to the holders of the tokens.

The first large-scale Ethereum project to implement this idea was Augur. Augur is a decentralized prediction marketplace where REP (reputation) tokenholders report on all the events created in the system. To provide incentives for them to report (and report correctly), they are given a certain fee from all the markets.

This economic system in Augur is quite clear. REP tokenholders get rewarded based on the total economic activity occurring in the Augur system. The more people use Augur to place bets and trade them, the more the REP holders get paid. The payment to REP holders is clearly from the economic benefits provided by the system, not via inflation. Note that Augur differs from some other Ethereum-based tokens in that there is no ‘central’ party that generates earnings (centralized gold storage in Digix, the ICONOMI team in ICONOMI, the Singular team in SingularDTV, etc.) and the system is completely decentralized – there is no one party that holds power over the system.

Note that Augur as a token has launched, but the full platform is still in Alpha and hasn’t launched yet. It would be a great case study for dividend paying cryptocurrencies when it launches.

Many projects followed Augur that provide dividends from the economic activity being created. Here are some of these Ethereum-backed tokens:

Let’s discuss some of the basic terminology required to analyze dividend paying cryptocurrencies. These are similar to the corresponding terminology used for the valuation of other financial instruments, like stocks.

Before we proceed though, please note that valuing any cryptocurrency, even Bitcoin, is going be a very difficult task because the value is driven more by supply and demand and speculation than any income-earning potential. There is bound to be a fair element of speculation even within these types of cryptocurrencies.

The PE ratio makes the most sense out of all the other ratios, like price to sales, although you should keep an eye on those as well. The PE ratio that would determine the fair value of the token should take future growth into consideration. If the expected growth is high, the ratio will be higher, and the price of the token will also be higher. the expectation is that the future dividends from this dividend paying cryptocurrency will be higher than they are now, and grow at a rapid rate.

You should also take special events into consideration. Take Augur for instance. The market will likely grow with time, and you get a ‘stable’ PE ratio based on that growth. However, there will be other growth spurts, like in 2020 presidential elections, with the markets likely starting to take hold around 2019 already. Then there are major sporting events, like the soccer world cup globally, or US based events like the super bowl that will likely attract a lot of betting. In terms of growth, you should take organic growth in existing markets, like politics and sports, but also opening up of new markets, like financial CFDs or esports.

Note that assigning a PE ratio assumes a going concern for the ecosystem, i.e. it will last indefinitely. If you don’t believe this to be true, discount your analysis accordingly.

In cases where the dividend is easy to estimate as a percentage of earnings, you can apply dividend discount models to value these dividend paying tokens. One advantage of this method over PE ratio is you can split this up into components with different growth rates, and calculate the value accordingly. You also have more flexibility in terms of assigning a terminal value, after a given period, to make it aggressive or conservative.

The Gordon Growth Model is the simplest type of dividend discount model that you can use. It assumes a single growth rate and rate of return. This is usually too simple, so you can apply one of the multi-stage dividend discount models as well. Ultimately, you can tweak and play around with the number of growth stages, assumptions of growth, and terminal value calculations.

The biggest challenge is trying to calculate the required rate of return. This is an almost impossible task for cryptocurrencies. Your assumptions here will greatly affect the final outcome of the valuation.

The stock-like characteristics of dividend paying cryptocurrencies allow us to use some of the models used to value stocks. This helps provide a benchmark valuation model. Depending on the valuation obtained from the model, and the price determined in the free-market exchanges, an investor can make a decision whether to invest in this cryptocurrency or not, or what the fair value is. Combined with a margin of safety, the fair value estimation will determine whether the investor would buy or sell, or just stay put without taking any position. However, speculation can also play a role, like with any other cryptocurrencies.