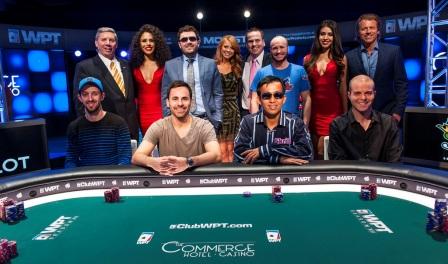 Edgeless is a blockchain-based casino built on Ethereum. It pitches itself to be a casino with 0% house edge, when games of skill are played with 100% accuracy. It makes money when players make mistakes, for instance, not everyone will play blackjack accurately all the time. Edgeless plans to launch with games of both skill (like blackjack) and luck (like roulette). It is using a scheme that uses 2 random numbers, with one of them being generated by the user himself, only after a number has been generated and committed by the house. This way, there is no way for the house to cheat. The smart contracts that power Edgeless are also open for everyone to evaluate.

Blockchain based gambling is of course nothing new. There were several early successes like Satoshi Dice for BTC and today there are several BTC gambling sites which accept Bitcoin. However, with Ethereum-based gambling, there is additional logic that can be embedded at the smart contract layer to further reduce trust.

Edgeless is having its ICO, starting on 28th February 2017 at 3pm GMT. The ICO is structured with weekly bonuses, with an additional power hour bonus. Crypto-enthusiasts can participate in the ICO by sending their Ethereum from a wallet whose private keys they control (like MyEtherWallet). If you only have Bitcoin, you can buy Ethereum on exchanges like Coinbase or Binance.

The Edgeless team released a big FAQ about the project, ICO, goals, team, etc. that investors should read before investing any money in the ICO.

Like some of the other ICOs, Edgeless is staying away from the US market. This is to ensure that the company doesn’t get in any trouble with the law and regulations, which are overly burdensome and onerous for businesses catering to Americans. In addition, American law doesn’t take well to gambling operations, even if Americans want those services. Therefore the ICO will have IP restrictions on who can participate, with Americans being excluded. It is a pity, because there are many Ethereum investors and enthusiasts in the US.

The Edgeless token is also a little different from the other recent ICOs in that there are no ‘dividends’. Instead, all token holders will enter a lottery-type system which collects 40% of all fees collected on the platform. The rest goes to the development team.

Edgeless plans to raise between 370,000 to 440,000 ETH, depending on the timing of money received during the ICO. At current prices of $14.7 per ETH, this translates to $5.44 million to $6.47 million. The company hopes that recent successful ICOs on Etherum have whetted investor appetite for bigger ones. Just in February 2017, Santiment raised its goal of 12,000 ETH in a matter of a few hours. Then, Dfinity raised around $3.9 million with a $1 million goal. Finally, Melon sold out its ICO of $2.9 million in under 10 minutes.

Edgeless hopes that investors will be willing to invest more money into its ICO, with the attraction of capturing a part of the gambling market. With an average expectation of $6 million, its ICO will be one of the largest ones in 2017 thus far, if it is successful. Investors can get more information about Edgeless ICO from the official crowdsale website. Check out the homepage here.

Disclaimer: US citizens are not legally allowed to participate in Edgeless Project crowdsale.