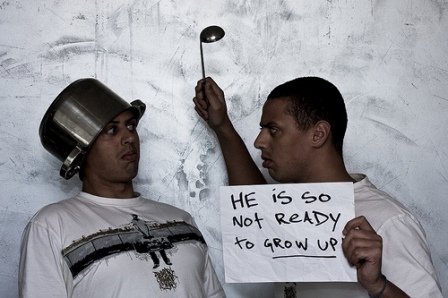 It’s a welcome move that the financial industry and Wall Street are looking to get into Bitcoin in a big way. There are several good things that can come out of it – creation of a more transparent and liquid market, derivatives and options on Bitcoin so that the price discovery mechanism can be accelerated and services around Bitcoin that can reach the layman who doesn’t really care about the inner workings of the cryptocurrency world. However, the financial system hasn’t seen something like Bitcoin before and it would be a mistake to treat it as just another commodity or currency.

When I go to the Meetups in New York, they are chalk-full of financial industry professionals who are enthusiastic about Bitcoin without a clue in the world what Bitcoin is about, and how it functions. This isn’t too surprising in a way, considering there is really nothing in the financial system today that is truly decentralized, open-source technology product.

Even though Bitcoin can be bought and sold, at its heart it is still a technology product, not a financial product. This also means that the control of Bitcoin doesn’t lie in the hands of the financial industry or the government (sorry banks, no bailouts).

Has the financial industry considered the implications of 7-10 mining pools controlling 90% of the hashing power to the Bitcoin network? I doubt it. Has it considered a scenario of a fork in the blockchain, deliberate or accidental? Has it considered the possibility of side-chains and how it affects value of each Bitcoin? Does the industry understand the full implications of how the software can and is changed and how the control doesn’t really lie with those with most Bitcoin but instead the real control lies with the developers and miners? In the long term, all these and many more things need to be understood before jumping on the bandwagon.

It’s not surprising that the Wall Street types smell money in Bitcoin and are ready to jump in. But jumping in without understanding the implications of it all and how things work could easily end up in a disaster. It is important for the financial industry to treat Bitcoin as an open-source technology first and educate themselves in the world of cryptocurrency before going full-throttle into this uncharted territory. Meanwhile, Bitcoin will thrive either way, with or without Wall Street.