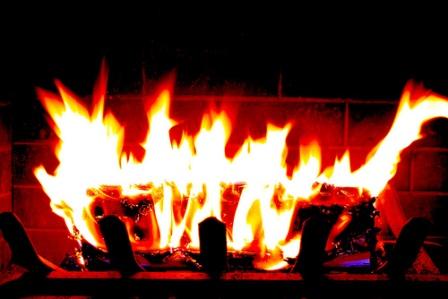 HEAT has announced an ICO until August 11th 2016. Now, there is no shortage of ICOs and pumps and dumps in the cryptocurrency space, so a new ICO in and of itself isn’t very exciting. However, reading through the technical and social features of HEAT, I would say that this ICO is worth taking a serious second look at. Here’s the Bitcointalk ANN thread for more details for those interested. Now my regular readers will know that I don’t advocate investing in ICOs if you don’t know the risk or don’t do your homework. Please do your research, and don’t invest anything you can’t afford to lose.

With that out of the way, let’s talk about how the HEAT is a promising ICO, and why if you’re an ICO investor, you might want to take a deeper look at this project.

Firstly, the founding team is very important. They are NXT veterans who also ran another cryptocurrency project called FIMK. Now I’ll admit that I had never heard of FIMK before, but it is a niche community that provided one of the first asset tokenization features. As many would know, the NXT code makes tokenization and asset creation on a blockchain easier, and it was one of the first platforms to offer such a feature. FIMK provides these features already that projects like Waves are announcing now.

The founders are from Finland, which has a surprisingly active cryptocurrency community. And they are not anonymous – nothing wrong with being anonymous, but if the founders are willing to reveal themselves, there is more at stake and are less likely to do an exit scam after raising all the money in the ICO.

Scalability can become a buzzword, but it is something that we are seeing with Bitcoin, can be quite important. When you’re working on advanced features, like decentralized exchanges, scalability can indeed matter a lot. With the new generation of cryptocurrencies coming up with new features, scalability sometimes becomes an afterthought.

A few cryptocurrencies take this seriously, like Bitshares. HEAT follows in these footsteps, and is capable of thousands of transactions per second. It does this through a clever use of a chain of blockchains instead of a single embedded database.

The high scalability helps with its other important feature, which is high-frequency trading (high-frequency is generous. It is likely high frequency for a blockchain, which is good enough for this case). Yes, HEAT implements an asset exchange (somewhat similar to Bitshares), and there are gateways that will be built into the client. This means you should be able to trade currency pairs, like say BTC/ETH because of these gateways. Gateways convert BTC to HEAT-BTC and ETH to HEAT-ETH.

The gateways of course will need to be built it. The founders plan to implement a fiat gateway as well, which would allow people to trade and speculate on currency pairs against the dollar and Euro. This is again a feature can potentially be used by a lot of traders. If nothing, it might just become another place to run arbitrage bots.

Because it has asset tokenization and built-in exchanges, HEAT is capable of hosting the full suite of ICOs for new projects. There is a lot of competition in this space, however, with the most recent one being ICOO from openledger (which is also part of the HEAT ICO hosting).

As an investment, HEAT, in my opinion, provides a very fair risk-adjusted return probability due to the relatively lower amount raised in the ICO so far. It does have many good features. If the major exchanges list it soon after launch, that would be another big plus.