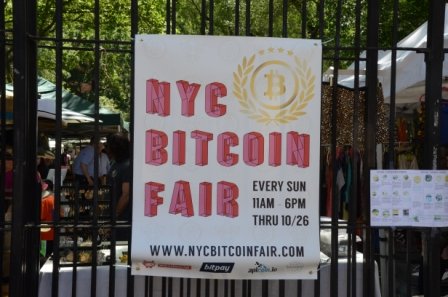 Hester Street Fair has attracted some of the best small local businesses, artisans and artists in New York every Sunday to New York’s lower east side. It has everything from delicious food to vintage jewelry to modern fashion. For this season, Hester Street Fair has transformed into NYC Bitcoin Fair. All the vendors there now accept Bitcoin, and today, June 15th 2014 was the opening of this fair. 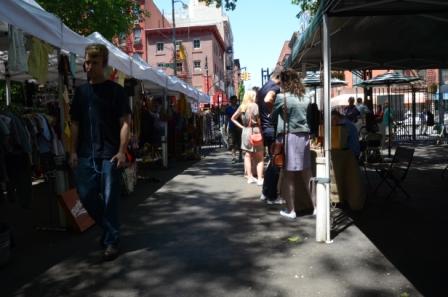 I went around the fair, talking to people and asking them about their Bitcoin experience. There are a lot of interesting things to learn about the future potential of Bitcoin from small and independent businesses. 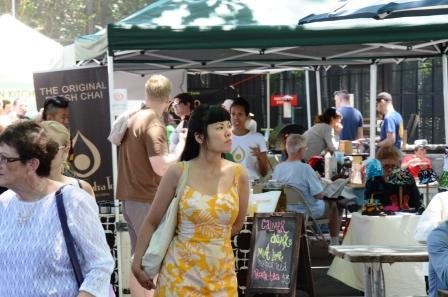 Also, being at this fair with all these small businesses that are relatively new to Bitcoin but have adopted this technology quickly as they see the potential Bitcoin has to grow their business, gives me hope that the future of Bitcoin as a payment means is pretty bright. There were lots of small businesses that ship online and internationally, and it just makes sense to them to use Bitcoin. Also, the vendors were using BitPay as their choice of payment processor, which made the whole process incredibly easy for them. 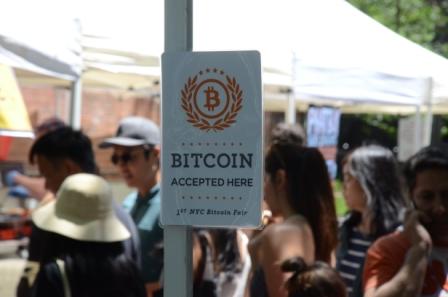 It was very interesting to see lots of these Bitcoin Accepted Here signs throughout the place.

Here are some of the vendors that I talked to. They all accept Bitcoin and you can go to their store (some online, some offline in New York City) and buy their products through Bitcoin. If you want to promote the use of Bitcoin, there’s no better way to do so than to shop with your Bitcoin at the vendors that you like. Be sure to check them out, and be sure to pay with Bitcoin!

Also, if I missed anyone, I apologize and it was totally unintentional, so just drop me a line and I’ll include you! 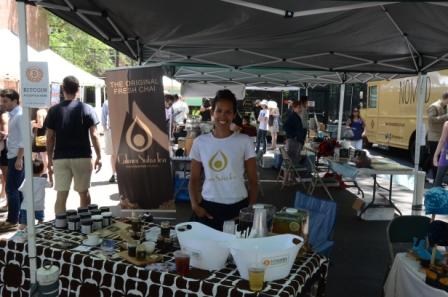 Calmer Sutra Tea (yes, I know the name’s clever!) makes some incredible teas and you can order them online. They are originally from Australia and recently expanded into New York City, so give them some love. Check out their website and order your teas. 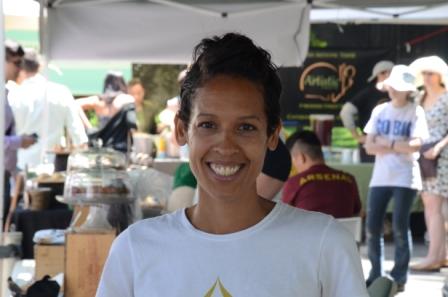 Here’s Debra, passionate in equal parts about tea and Bitcoin. According to her, Bitcoin comes naturally to Calmer Tea Sutra as they have been dealing with international customers anyway. She believes Bitcoin would become more popular as people begin to realize how simple it is to use. Less than 5% of their sales were in Bitcoin, but lets hope that number increases in the future. Also, connect with them on Twitter or Facebook. 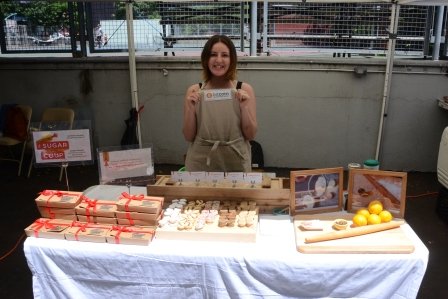 How do you fancy some delicious Alfajores, all paid for in Bitcoin? Sugar Coup sells some amazing confectionery products (from a Peruvian confectionery tradition no less) and you should definitely check them out if you’re ever in New York. 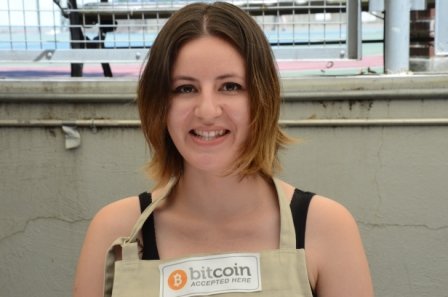 As a bonus, Javinia proudly displays her Bitcoin Accepted Here sign on her apron at the fair. Can’t miss it! 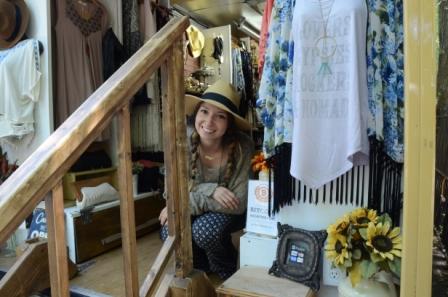 The Nomad Truck is NYC’s wandering fashion boutique with some great ladies’ fashion clothes and accessories all wound up neatly inside the back of a delivery truck that can be anywhere – even in your neighborhood, someday! 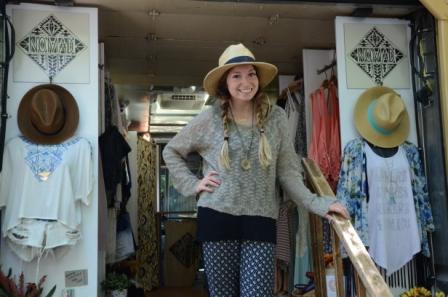 I think the idea is very neat, and Jessie accepts Bitcoin, so do go pay her a visit when you’re in New York. You can track where this awesome truck is going to be through their website, or through their social media channels. Check out the Nomad Truck on Twitter or Facebook to stay current on its location. 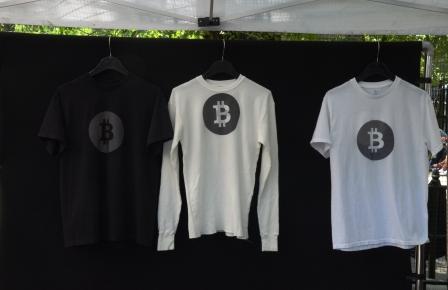 Heisel specializes in new materials, tailored for what people wear. It’s a very forward looking process, and uses fairly advanced technology and materials to make these products – a perfect addition to any Bitcoin enthusiast’s portfolio of things bought with Bitcoin. They already work on several cutting-edge products, 3-D printing, etc. Here’s a full list of their collections. 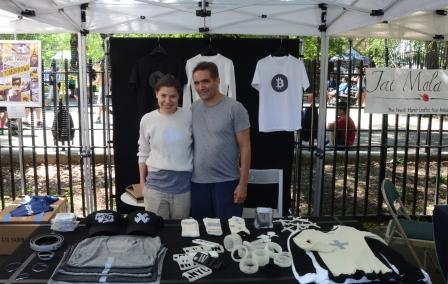 They were also probably the only ones in the fair selling Bitcoin t-shirts, but don’t mistake them for ordinary t-shirts. Check out their beautiful ideas and creations at Heisel’s website or check them out at Twitter, Facebook, or Instagram. Here are Sylvia and Scott who make this possible. 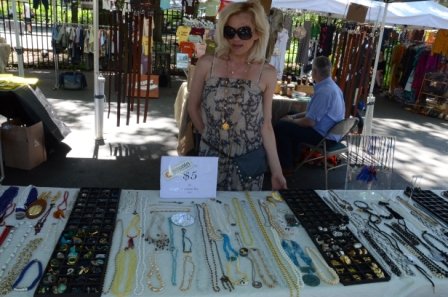 Delicate Raymond, located on 73A orchard in lower east side in New York sells some interesting jewelry, and today, it was all up for grabs for $5 flat, paid in Bitcoin of course! 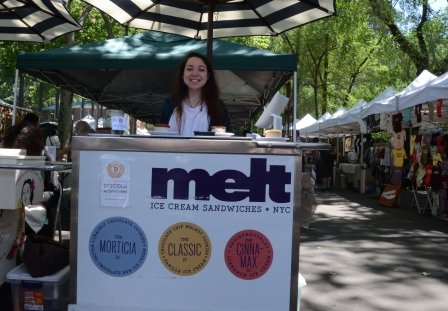 Melt Bakery sells delicious ice cream sandwiches and they started accepting Bitcoin just today! By around 1pm, they had made 3 sales with Bitcoin already – not too shabby. They don’t have Bitcoin at their store yet, but I wouldn’t be surprised if they did very soon. Check them out on Twitter or Facebook. 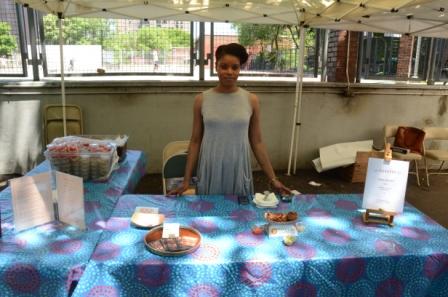 Rosette is a lower east side New York restaurant that was present at the fair to showcase some of their cooking. It’s located on east broadway, in lower east side. 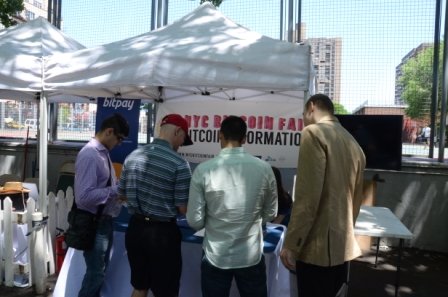 BitPay is a Bitcoin payment processing company from Atlanta, which … oh who am I kidding? If you’re reading this, you probably know BitPay!

Overall, a wonderful Bitcoin fair. I would urge my readers to support these vendors by purchasing from them and paying in Bitcoin – it’s the only way to grow the community and reach.