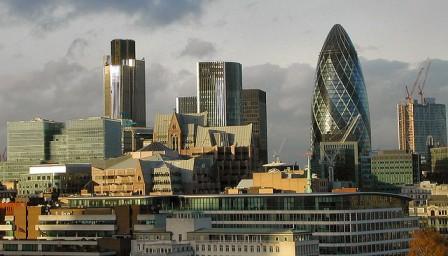 This is a guest post by George Basiladze of Cryptopay

Regulation has been an important buzzword in the Bitcoin sector over the last year or so, as it has become apparent that it will be necessary to bring about greater adoption and use of the innovative technology. Over the last few months, the authorities in a few jurisdictions have approached this potentially difficult obstacle in different ways; the UK government has investigated a number of initiatives intended to help bring regulation to the digital currency sector. In New York, the BitLicense regulatory framework has been introduced, but has been subject to a great deal of scrutiny and dissatisfaction from within the Bitcoin industry. A number of companies have ceased operations within the state as a result of the release of the controversial regulatory framework.

Other countries have chosen to impose bans on the cryptocurrency, perhaps slightly misinformed or over-cautious of the potential negative impact of an alternative currency. For example, Russia announced in October 2014 that it would issue fines to those engaging in “transactions with a cybercurrency and creation and distribution of software used for the issuance of monetary surrogates”. China has also opted to place restrictions on the use of Bitcoin and other cryptocurrencies, choosing to define it is a special “virtual commodity” which is not an acceptable currency and shouldn’t be circulated within the market as such. Prior to this, China had been responsible for a large amount of interest in Bitcoin, with many suggesting that it was investment into Bitcoin from within the country that was responsible for a significant price growth in the early Bitcoin market. As such, when it became apparent that the Chinese authorities were considering prohibiting banks from working with digital currencies, the result was a fall in the Bitcoin price.

Ultimately most will agree that some form of regulation is needed to help the maturing Bitcoin market develop further. Authorities will always have concerns about potentials abuses of cryptocurrencies for nefarious purposes; money laundering has been a concern and regulation will surely attempt to bring Bitcoin activities in line with existing anti-money laundering laws. Regulation aims to protect consumers and although Bitcoin is a well-designed system, it is still vulnerable to scams and fraud. Balance will be vital as the minefield of regulation is tackled; there must be collaboration between the existing industry and authorities, if the process is to successfully help consumers without hindering innovation and entrepreneurship.

The widely varying approaches leave many interested parties unsure as to WHERE, if anywhere, will emerge as a “Bitcoin Capital”, with industry centred around it. New York was a hot-bed of cryptocurrency activity before the notorious BitLicense, but a clear geographical centre of Bitcoin business is yet to emerge. Authorities will perhaps compete to welcome this industry; UK Chancellor George Osbourne expressed his desire for the UK to become a Bitcoin capital last year, but this is yet to translate into significant growth within the cryptocurrency sector in the UK. In reality it is likely that multiple Bitcoin capitals will emerge, with at least one either side of the Atlantic, in both Europe and the USA respectively. There is also the large Asian market, which would likely end up with its own centre for digital currency activities. So ultimately we’ll likely see three or four cities which become hives of cryptocurrency and Bitcoin innovation; the locations of which will be down to regulators awareness of the potential benefits that encouraging Bitcoin business could bring to an area.

Author: George Basiladze
George is a finance guy with an in-depth knowledge of financial systems. Together with Dmitry they designed the concept of Cryptopay in May 2013 and started developing the system.