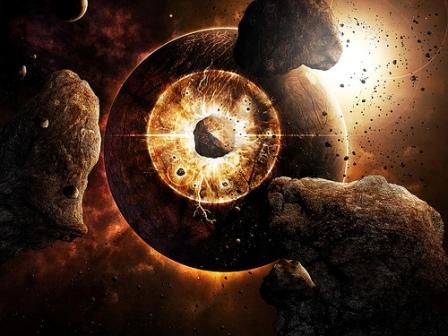 HYPER (See ANN HYPER thread, and not to be confused with an older, now almost dead hypercoin) is a new cryptocurrency (yes, we have way too many of them lately) and has caught the attention of serious and long-term cryptocurrency investors. This post might appeal to those looking for investments in this space with a longer term horizon. Obviously, it’s way too early in the day to try to predict future prices, but it has a nice appeal to it, and seems like a good addition to a cryptocurrency portfolio. Why? It has a lot of desirable features that incentivize holding rather than selling.

HYPER seems to be inspired by HoboNickel (HBN) in many aspects. HoboNickel is a fairly old and fairly well-known cryptocurrency that’s been around a while and even though the altcoin market is known for its wild fluctuations, HoboNickel is known to be surprisingly stable when compared to almost any other altcoin. One of the main reasons is that it’s proof-of-stake and the interest earned on your coins is 100% per year. This does not mean that coin inflation is 100%, since most of the coins don’t stake (e.g. most of the coins on exchanges). Rather, it gives the smaller investors a chance to increase their holdings. There’s a very good investment journal from Tokyoghetto about HoboNickel if you’re interested in PoS interest in general.

So back to HYPER. It has a short Proof of Work stage (yes miners, they didn’t forget about you) that ends in 3 days from now. After that, it’s a pure proof of stake coin. There will be 4.5 million coins by the end of the proof of work stage, as compared to a 60 million after 10 years, at which stage there’s a 2% inflation thereafter. The more exciting thing though is that for the first 5 years, HYPER gives you 5% per month staking interest. This is a very good rate of return and should help both investors and speculators hedge their losses. Another feature is that it stakes daily (as opposed to HoboNickel that stakes after 10 days).

HYPER markets itself as a virtual world currency, mainly for space MMO gaming space. In the end, from an investor point of view, you want the holders to have little to no incentive to sell on the exchanges, which causes a constrained supply and therefore increase in price. Both PoS and use in online gaming (for the gamers at least) should help curtail dumping on the exchanges that plagues almost every cryptocurrency at one point or another.

Be aware that there’s a premine today that amounts to 2.5% of maximum coins, which would likely grow as it stakes too. This is currently being used for bounties to promote the coin. HYPER also comes with a market stabilization fund to make strategic buys on exchanges when the price is low (it doesn’t mean that the price of HYPER wouldn’t fluctuate – of course it would!), and Tokyoghetto is going to be the ‘fund manager’ with a fee of 20% of the staked coins (very high in my opinion, considering nothing needs to be done by the fund manager to generate the stake at all). Market stabilization funds are generally interesting, trying to ‘beat’ the market, which is especially difficult to do in the altcoin world. There are not too many details out yet, but it’s interesting in any case if it works to the benefit of the other holders.

Overall, HYPER seems like an interesting new altcoin for the long term investors with a good staking interest and probably fewer wild price swings over the coming months.