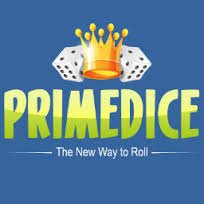 This is my interview with the co-founder of PrimeDice, who goes by the nick ‘Stunna’ on Bitcointalk forums. PrimeDice is a Bitcoin based gambling site that offers a number of features such as a low 1% house edge and instant confirmations of funds. PrimeDice has been quite a hit since it’s inception in the gambling community. It’s interesting to hear Stunna’s thoughts on the industry, Bitcoin, etc.

BTC Geek: Tell us a little bit about your background, interests and how you got into Bitcoin.
Stunna: I have a background in business and marketing and have been following Bitcoin since 2011. However, I wasn’t a strong believer until this year. Reasoning behind this was I never took the time to fully understand what Bitcoin was and was concerned about the volatility previously.

BTC Geek: What got you interested in online gambling? How is Prime Dice different from all the other Bitcoin gambling sites out there?
Stunna: I’ve always been a bit of a betting man, from playing against my odds to playing with them. The entertainment value of gambling has always been unmatched for me, even if just making a $10 prop bet with a friend about what team will win a game. What got me interested in bitcoin gambling specifically was when I learned about SatoshiDice and saw the volumes they were getting a year ago despite having what I felt was a heavily flawed system. During my test runs there a while back it was taking significant amounts of time to receive my result and off-chain solutions had not yet been made. I saw an opportunity to innovate and take some of their market share and improve bitcoin gambling as a whole.
PrimeDice is different from other gambling sites due to the simplicity and responsiveness of the entire experience. I firmly believe that PrimeDice is the first bitcoin gambling site created for the masses. Some of the features I feel will truly define PrimeDice have not been released yet and are in progress, I hope to further differentiate ourselves from other sites in the future.

BTC Geek: What do you have to say to those who say online gambling sites like Satoshi Dice pollute the blockchain and makes it unnecessarily bloated?
Stunna: I understand the notion that SD is “bloating the blockchain” and I firmly disagree with it. This issue of blockchain bloat is an issue within the bitcoin protocol itself. If this problem is not solved then bitcoin will never go mainstream. Just imagine the amount of daily bitcoin transactions versus fiat, there is no comparison. SD has been heavily stressing the network unnecessarily but it brings to attention an important issue that must be solved for us to proceed.

BTC Geek: How do you handle the business side of things? Do you have any co-founders or employees? Did you ever experience any problems with hacking or insufficient funds? How much of reserve currency do you keep?
Stunna: Myself and one other partner run the majority of the day to day of PrimeDice. I handle the business, support, advertising, operations and PR. My partner works on back-end with various devs and does most of the work that must be done behind curtains. However, our work heavily overlaps and we both do what we deem necessary at any given moment.

BTC Geek: What are your thoughts about alt-coins in general and adding alt-coins to PrimeDice specifically?
Stunna: I don’t feel that alt-coins have contributed much to virtual currencies, no alt-coin has proven significant competition to bitcoin. It can be argued that alt-coins have only worked to discredit bitcoin and make people take it less seriously. J.R Willet said it best:
“Alternate block chains compete with bitcoins financially, confuse our message to the world, and dilute our efforts” – J. R. Willet
On that note J.R. Willet’s goal to create altcoins with bitcoin’s blockchain is particularly interesting. That’s a bit off-topic though.
With Regards to PrimeDice specifically:
Adding in litecoin support is definitely something we’re interested in doing, it just isn’t a priority at this time.

BTC Geek: What is the business/profit of Prime Dice? Any other interesting stats that you can share with us? (e.g. which countries/cities do you see the highest traffic from?)
Stunna: Majority of our traffic is coming from the USA, we’ve had several translations made for various languages which are yet to be implemented. We think our volume is quite good, we are probably profiting less than people think though as our house edge is a mere 1%.

BTC Geek: Even though Bitcoin has been in the news several times, it appears that the general public isn’t ready to adopt it yet. What would be the catalysts for mainstream adoption of Bitcoin in your opinion?
Stunna: Bitcoin needs to be easily accessible to the public for the general public to adopt it. As much as we all hate paypal we can’t deny the simplicity of creating a paypal account and using it to pay for a transaction. Bitcoin needs to be “dumbed down” to reach mainstream appeal. Services such as coinbase are doing a tremendous service to bitcoin as they have greatly simplified the process of making and using your own personal wallet and buying BTC.

BTC Geek: How do you think the governments and financial institutions will play the rise of Bitcoin?
Stunna: Bitcoin is too small right now to attract serious attention from financial institutions. As we’ve seen the government has expressed an interest in “taming” Bitcoin. Government regulations will either ensure the long-term success of Bitcoin or greatly hamper it.

BTC Geek: What Bitcoin services/businesses are your personal favorite that you see a good future potential for?
Stunna: As I’ve mentioned earlier I’m a fan of coinbase. I don’t use their wallet but I respect the service they are offering new users of bitcoin. I also feel that blockchain.info is a great service to bitcoin. At PD we’re not simply working on gambling sites, we’re working on building services which we feel will greatly contribute to bitcoin in the long run, more on that next time though.

BTC Geek: Bitcoin seems to have two big pushes right now – one from the entrepreneurial side that see a huge potential for building solutions and another from the necessity side in countries like Cyprus and Greece where they use Bitcoin more as a store of value than as a payment system. Which side will be more dominant in your opinion?
Stunna: I firmly believe that it is the entrepreneurial side driving the growth of Bitcoin. Many people such as myself see opportunities to make our own websites or businesses and gain a valuable experience. It is very difficult to create a successful business geared towards fiat as the market is very saturated and regulations pose a massive barrier to entry. Occurrences such as that of Cyprus and Greece can’t be relied on for bitcoin to continue to grow.

BTC Geek: What are your political leanings/beliefs?
Stunna: I’m a libertarian and I identify closest with minarchism. Basically this means that I feel that governments should leave most of their functions to the private sector other than certain necessities such as maintaining a military. I’m a firm believer in the non-aggression principle. With regards to religious beliefs I’d categorize myself as agnostic.

6 Responses to “Interview with ‘Stunna’ Co-Founder of PrimeDice”