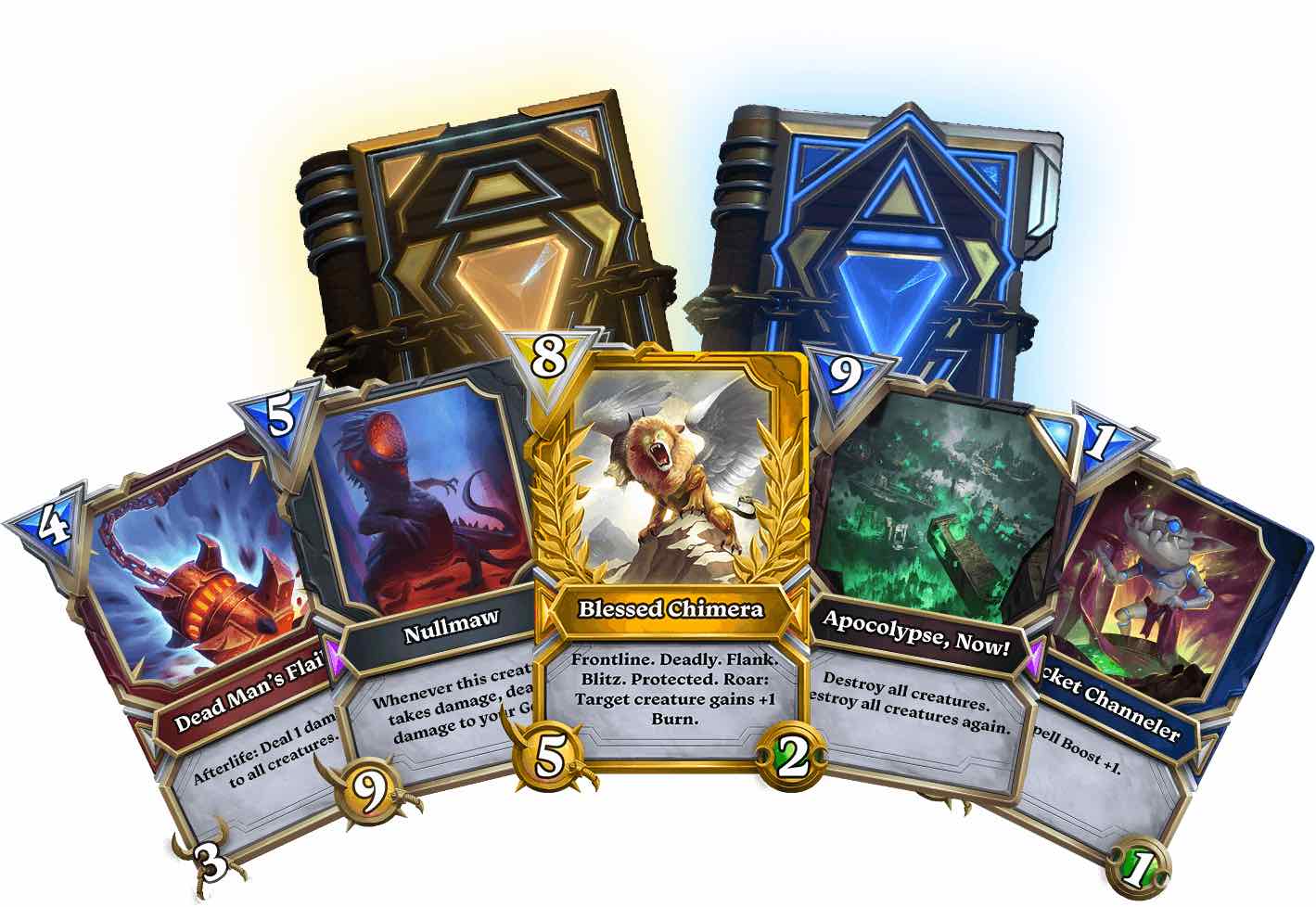 We had the opportunity to interview Tyler Perkins of Gods Unchained. For those who are out of the loop, Gods Unchained is a new crypto-game that has been the talk of the NFT town. It is a crypto trading card game where the cards are stored on the Ethereum blockchain, which means players ultimately own their in-game assets. It has already amassed an impressive pre-sale of assets. The top card has already sold for an impressive $60,000 – even before the game launched! The team is an impressive array of gaming and crypto veterans.

Check out the Gods Unchained game to learn more and participate.

Currently we have 18 people working full time and nearly 100 contracted artists. Every full-time member on our team has a technical background (from various backgrounds) and most of us are TCG fanatics having played them for years.

What are some of the features of Gods Unchained that you’re most excited about?

How much of the gameplay is run directly on Ethereum versus things running on your own servers?

Game assets such as cards and cosmetics will be stored on Ethereum, while the game itself runs entirely off-chain to ensure the highest deliverable performance.

We’ve seen some spikes in gas prices on Ethereum that have disrupted user experience. Any thoughts on how you see scaling in light of games like Gods Unchained being released on Ethereum mainnet?

It’s really up to game developers to ensure their games scale and the user experience isn’t broken under these situations. As we’ve witnessed multiple times in the past, you can’t yet rely on Ethereum’s performance, which is why we’ve developed solutions to both mitigate the frustrations these events have on players as well as moved gameplay off-chain.

CryptoKitties got a lot of mainstream media attention late last year. Did that surprise you? How did you view the success of CK and how did it affect any decisions in Gods Unchained?

It wasn’t really a surprise given how novel crypto-collectibles were and how well Axiom Zen executed on it. CK was a major inspiration for us as it provided the ah-ha moment that gaming would be a killer application within the industry.

You’re also the team behind Etherbots correct? What lessons did you learn from your experience of Etherbots? Would you consider Etherbots a success?

It taught us how hard building games on Ethereum is, and provided us with an environment to develop best practices and architectural solutions to overcoming many of the blockchains limitations.

Tell us a bit more about the Gods Unchained World Championship.

We haven’t announced much about the World Championship yet, stay tuned!

How do you enable free playing of the game, while there are cards that are in demand and trading in the marketplace?

The core set is our untradable free to play set. You receive core cards when you create an account and can earn others through gameplay. Unlike cards you find in packs, core cards are not ERC721’s as we want to minimize the friction new players encounter when trying to play the game for the first time.

Tell us a bit more about how new cards are generated, and how players can acquire them.

We will have 4 seasons every year, where each season we release approximately 100 new cards that can be found inside packs. Once a season ends, the cards found that season are no longer minted. Players will have the ability to earn tradable cards for strong gameplay performance.

One Response to “Interview with Tyler Perkins of Gods Unchained”