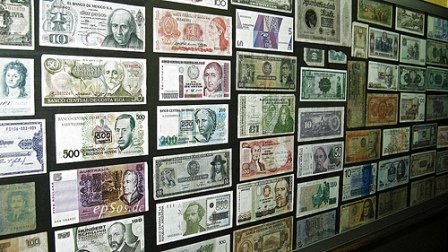 What are some long term cryptocurrency investments? This is an important question because there are so many cryptocurrencies that are overnight pumps and dumps. So many of them have seen a return of over 1000% in a period of a couple of days, only to slump more than 90% in the subsequent days and weeks. It is a very volatile environment for people who think more long-term and want to steer clear of such pumps and dumps. Many in the community who are new lack the resources to learn everything about the markets and their history, and end up getting burned. So if you’re a long term cryptocurrency investor, what should you do? Where should you invest? This article is meant for those among us who see the potential in Bitcoin and cryptocurrencies in general but don’t know how to ‘diversify our portfolio’ so to speak, into the best ideas. Not every one of them needs to be a success – even if a small portion of them go on to become successful, the overall portfolio can perform very well. However, choosing these can be very challenging because of the immense amount of speculation that is rife in this space. Cutting through this noise and getting back to basics is hard but possible. I’ll give a few promising altcoins in the end, but first lets take a look at what makes a cryptocurrency successful.

I am providing a list of few coins that might interest you. DO NOT TAKE THIS AS INVESTMENT ADVICE. Instead, do your own research – this is just a starting point of information that you might or might not use. Long term cryptocurrency investments are very hard to predict by anyone, so don’t invest more than you can afford to lose.

Bitcoin – the first and most popular cryptocurrency with the largest community and development effort that started it all off. If there’s just one cryptocurrency you want to invest in for the long term, let it be this. Risks around centralization of mining, changes to the protocol based on the core-developer community, government intervention, etc.

Litecoin – the first successful ‘altcoin’ that uses a different mining algorithm Scrypt. Marketed as silver to Bitcoin’s gold. Most altcoin clones are started from Litecoin’s code base. Has been at the second position for a very long time, and a good diversification mechanism. Risks are that there are too many clones using the same concept, and there’s nothing special left in Litecoin anymore. In addition, mining can be an issue (e.g. Dogecoin exceeded Litecoin’s hashpower which makes it insecure) with respect to security of network.

Dogecoin – the dark horse of cryptocurrencies that succeeded despite all odds stacked against it. What started as a joke currency is now on national news from charity funding to funding people to the Olympics to Nascar drivers. The community is incredibly friendly to newbies and has a whole tipping culture built around it and might even become the defacto internet-tipping mechanism (Bitcoin has high transaction fees for this to work at Dogecoin’s scale). Risks are that there is no technical innovation in this coin and the community seems reluctant to experiment on this front too (e.g. they rejected Litecoin’s idea of merged mining to secure both their blockchains).

Peercoin – the first proof of stake cryptocurrency that introduced this idea. Risks include a bunch of clones, and proof of stake seems to be in vogue now among coin developers.

Namecoin – the first decentralized DNS system that can be used for other things as well. It is a favorite among developers and has a lot of potential to be integrated into the modern internet. Risks include creation of clones and easy access to Namecoin-based sites.

NXT – the first non-Bitcoin clone cryptocurrency to gain popularity as a 100% proof of stake and has lots of interesting features implemented, the latest being an asset exchange on the NXT network which is a big deal to achieve. Risks include community perception around unfair initial distribution and unproven longer-term reliability and robustness of the network/system.

Bitshares (renamed from Protoshares) – created the idea of profitable DACs and protoshares are supposed to give you a cut in each one of them. The idea gained a lot of popularity with their idea of a decentralized bank, called bitshares x and other project ideas in the pipeline. They have funding of millions of dollars from the community to accomplish their vision. Risks are that Invictus, the company behind bitshares has missed every single deadline it has set for itself without exception and still has no DAC in the marketplace yet. It’s hard to predict the success of the concept and whether it will work without a working prototype.

Other promising altcoins with a nice community – Blackcoin, Noblecoin

Proof of stake coins (reduced incentive to trade instead of holding) – HoboNickels, Mintcoin