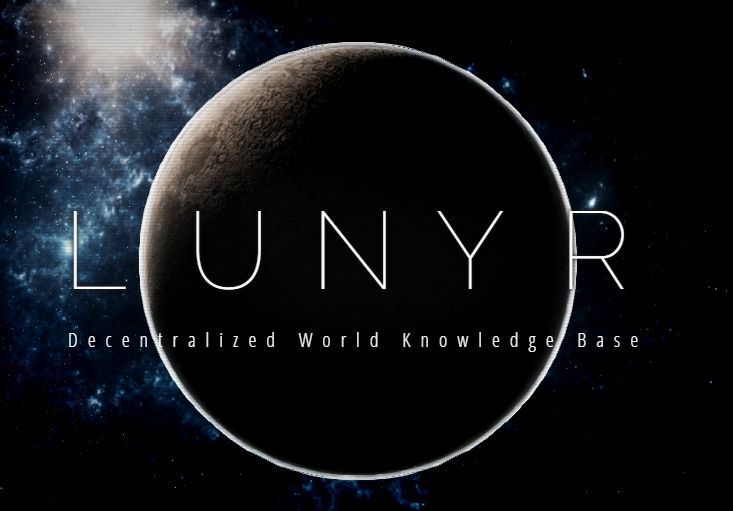 Lunyr is a new crypto-economic asset built on Ethereum, aimed to get the economic incentives right for distributed online knowledge sharing. Lunyr has built a clever set of incentive schemes that could potentially help it provide much higher quality information than other similar sites, including the likes of Wikipedia.

Today, Wikipedia represents one of the best known successes of large-scale knowledge sharing collaborative networks. In fact, it has been such a massive success that it killed the 244 year old Britannica Encyclopedia because the traditional model just couldn’t keep up with the frequency of updates and the addition of new information by Wikipedia. Run in a completely voluntary fashion, Wikipedia highlights that it is possible to create collaborative knowledge networks in today’s interconnected worlds.

Scratch a bit deeper though, and you’ll see a host of problems with the Wikipedia model, from errors to outright hoaxes. A large part of the reason for this is that neither the contributors nor the editors who later check the articles have any financial incentive. Economics, after all, trumps many other human systems of collaboration. As Adam Smith said,

It is not from the benevolence of the butcher, the brewer, or the baker that we expect our dinner, but from their regard to their own interest. ~ Adam Smith

Lunyr aims to create a better knowledgebase using people’s regard to their own interest.

Lunyr aims to create a new kind of collaborative knowledge system, but this time around, they want to do it based on providing economic incentives that may remove the issues plaguing the Wikipedia model. Another benefit of the Lunyr system is that it is not limited to just the creation of written content.

The vision is to be able to expand the system to much beyond that. With the advent of technologies from Artificial Intelligence (AI) to Virtual Reality (VR), Lunyr aims to create powerful APIs that plug into all these systems that require information and knowledge.

This is a powerful feature, since it is likely that in the future, machines (machine learning/artificial intelligence) will be the primary customers of information and knowledge, rather than humans. Data, after all, is overtaking the written word already. It is only a matter of time before machine intelligence consumes more content than us sapiens. How then will they consume this information? They will also need to ensure the information is accurate, and that not anyone can change the ‘facts’ via which the algorithms operate. Lunyr provides a possible solution to that problem because there is economic incentive system built into the system to prevent such abuses.

Lunyr works by creating a completely decentralized knowledge sharing database. Contributors can create new articles, and get paid for their efforts. Editors can edit, make changes, and accept/reject articles and get paid for their efforts. There is also a dispute-resolution system, which is needed in decentralized networks because not everyone may agree with a certain point. The monetary value of the network is through advertising. There are less chances of corruption in a decentralized decision-making process like Lunyr than with a centralized model like Wikipedia through advertising.

The below is the timeline for the launch of Lunyr. Note that the Lunyr ICO is currently ongoing, and you can get 44 LUN per ETH right now. The project has already raised over $300,000 in the ICO. Note that since there is no bonus for early participation, it is expected that the Lunyr ICO will continue to see traction until its end, and likely attract a large portion of the funds towards the end of the ICO rather than the beginning. 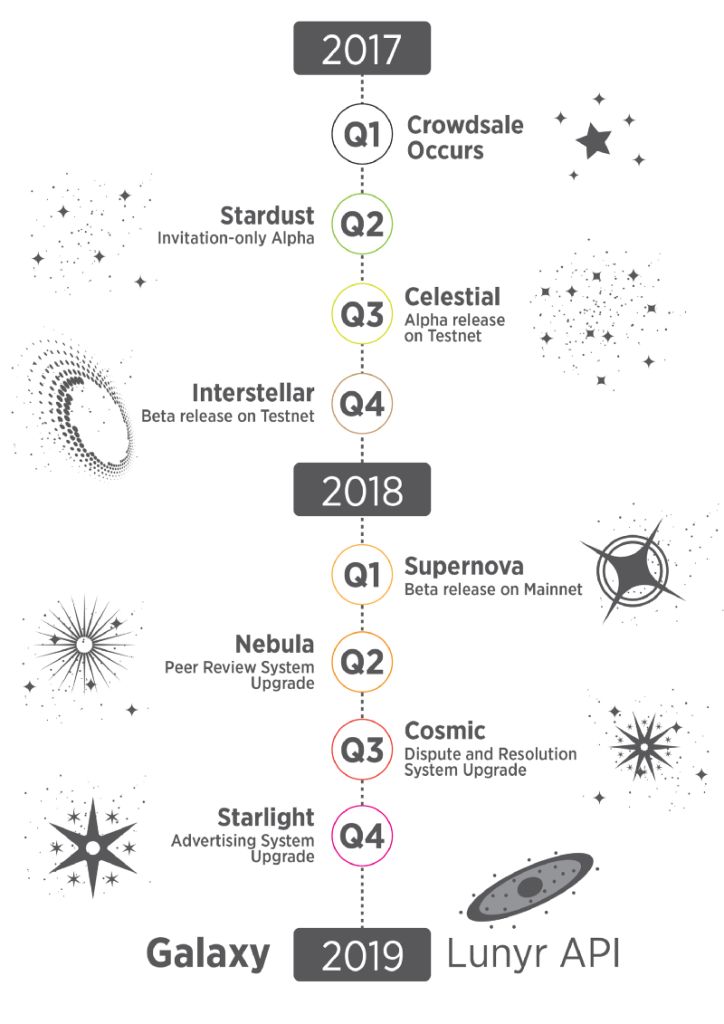 Check out the project here.