Here are some interesting monthly statistics for BTC Geek that I think my readers would appreciate.

Lots of interesting things happened in the Bitcoin world and this blog.

There were a total of 4904 visits, 4242 unique visits and 6876 pageviews in the month of August. Not surprisingly, the post above was the most popular.

Here are the most read posts this month:

Location-wise, I am always curious to know where my visitors are coming from, and I think it is a good indication of where Bitcoin is becoming more and more popular.

Here are the most popular countries from where I got my visitors in August: 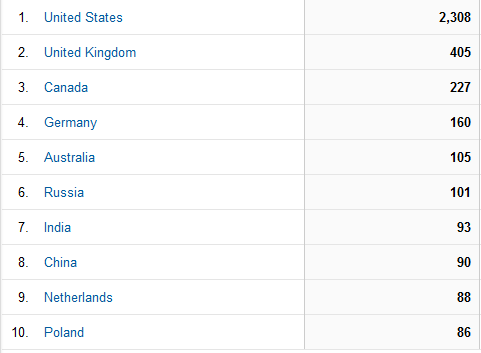 The 10 most popular countries, in that order, were US, UK, Canada, Germany, Australia, Russia, India, China, Netherlands, Poland. However, there is a very interesting country on the 11th spot – Finland. It’s interesting because the population of Finland is about 5.3 million and therefore per capita, it is much higher than most countries mentioned above. If anyone is from Finland reading this blog, contact me and I’d love to talk with you about this!

It’s not just the countries though, but the cities which make it interesting. There are several cities around the world that are leading the way in Bitcoin.

Here are the most popular cities from which BTC Geek got visitors in the month of August: 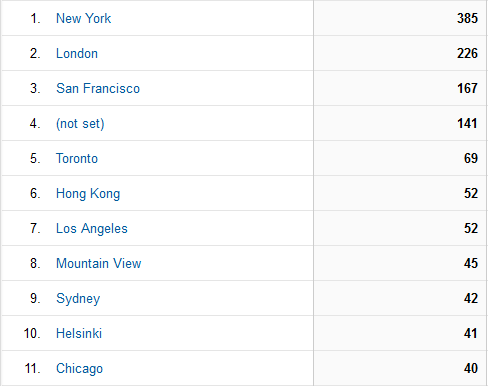 Starkly missing from the list is Berlin. I thought Bitcoin was very popular in Berlin. Where are all my Berlin readers! Helsinki is an interesting spot on the list – the capital of Finland. Also, New York beat out London.