Another month, another leap for Bitcoin. This was October though, before the crazy jump in BTC prices measured in sovereign currencies. I had a busy month, and I know I am a month late here, but I wanted to continue sharing my statistics for the blog. It is an exciting time to be blogging about Bitcoin and crypto-currencies and I fully cherish this wonderful opportunity of being able to reach tens thousands of people every month.

Here’s the overview for the month

October has been the biggest month for me, in terms of traffic so far. This was almost exclusively due to one post that went viral – Dawn of Autonomous Corporations Powered by Bitcoin. Yes, this post reached the top spot on Hacker News! That single post currently has 528 Facebook Likes, 305 Tweets, 197 G+ shares and 53 LinkedIn Shares. 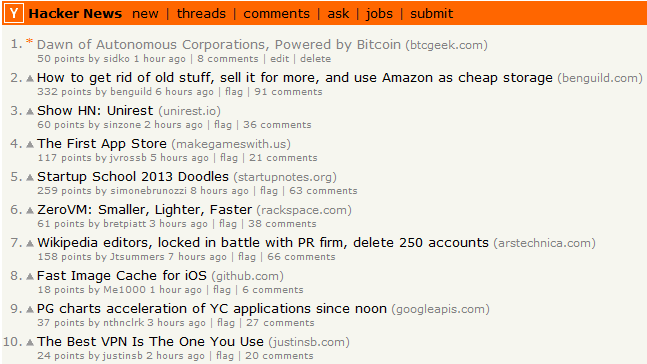 This was by far the most read post on my blog for October. Here are the others that round off the top 5 visited pages:

These were the most read articles:

What Would Happen if Bitcoin Reaches 1000

That’s what happens when one of your post goes viral – it made up more than 70% of my total views.

I also reached more countries than last month – 41 more countries to be precise. This is a great improvement. It is also good to know that parts of the world that are not very well connected over the internet happen to be the ones that would benefit the most with an innovation like Bitcoin, and they are getting on-board. 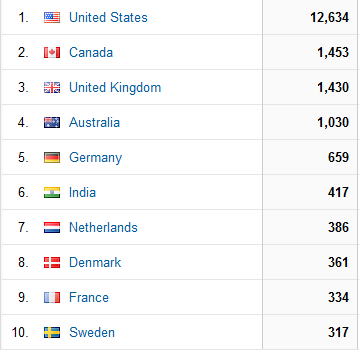 Australia was in the top 10 this time, and good to see India was hanging in there. Although it is a very unfair comparison, India could be the next destination where Bitcoin should take off. The one good thing about India is that instead of just speculating craze, it could grow more organically as the entrepreneurs there would be more interested in grass-root level implementations and solving problems unique to India.

Finally, here are the top 10 cities – 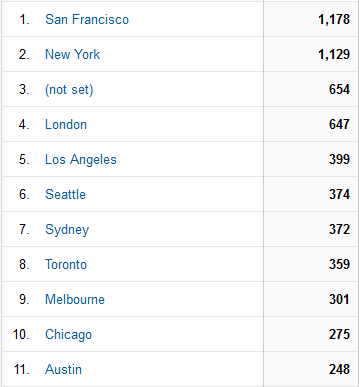 San Francisco, New York, and London retain their spots as first, second and third respectively. LA and Sydney moved up. And great to see Austin here! Austin is an under-rated tech hub in the US that has a lot of potential to grow in the Bitcoin space. One, there is plenty of intellectual capital. Secondly, there are a diverse bunch of people in Austin who can definitely help grow Bitcoin in different dimensions. And third, Texas is a stronghold of libertarian ideals, and Bitcoin is quite popular in the libertarian circles.

That’s all from my side. If you like to see any other specific stats, let me know!