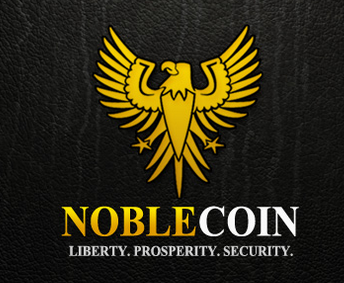 On the technical front, there really is nothing “innovative” about Noblecoin. It is just another Litecoin clone. Really. Then why am I writing a whole post about it? Because, sometimes, it appears, a coin needs more than just technical innovation to survive and thrive, and Noblecoin seems to be doing everything else absolutely right.

The idea of what makes a cryptocurrency successful has been on my mind for a while now. On the surface of things, it seems reasonable to assume that if a cryptocurrency brings an incredible innovation to the table, it ought to be valued highly as it is an experiment that could diverge from Bitcoin and carry on with a life of its own in a niche field. Coins like Namecoin and Peercoin, for instance, are great innovations and rightly command a high valuation.

But what about the tremendous success of Dogecoin? After all, Dogecoin is nothing but another Litecoin clone, right? And it has been around for several months now, and proven its worth, in that it isn’t another pump and dump scheme. Today, Dogecoin is valued at about two and a half times that of Namecoin! (And recently had their own Dogeparty in New York. When was the last time you saw a Peercoinparty?)

I guess a lot of success around Dogecoin comes from its incredible community (also see the Reddit Dogecoin community, a polar opposite to the Bitcoin community in many ways). They helped the Jamaican Bobsled team participate in the Sochi Winter Olympics. They raised $30k for a children’s charity. In fact, it is becoming the go-to cryptocurrency community for charitable donations and projects.

This aspect of Dogecoin’s success is what I like to think of as “social innovation” rather than technical innovation. It’s true that at its core, Dogecoin is just another Litecoin clone, but there’s so much more to a cryptocurrency than the hashing algorithm used. I’ve written my thoughts on Dogecoin’s success in more detail in my post Will Dogecoin Succeed? Today, I want to talk about another interesting cryptocurrency – Noblecoin.

Again, Noblecoin is “just another Litecoin clone”. Everything around it though, is very well and professionally done. Even it’s announcement on Bitcointalk forums was one of the best I’ve seen. They had a very good launch with all the wallets ready for download. There’s also a nice marketplace operating already. Noblecoin is definitely not similar to Dogecoin in that it isn’t based on any meme. However, its foundation is a guiding principle of the Noble Movement, …”the act of using this new era of digital exchange for constructive purposes”.

A lot of community effort around Noblecoin revolves around charity and giving. They recently raised $5000 for the Water Project, which is a pretty big achievement considering its small market cap and small community overall. I like the overall vision of Noblecoin and it has a nice community, although very small. If they can maintain their ethos, in the medium to long term, they can be one of the standing altcoins, not because of any “technical innovation” but because of “social innovation”.

Own any Noblecoin? Involved with the community? Would love to know your comments!