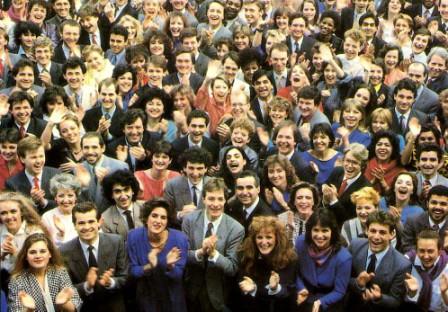 ICO investors in the near future will likely look a lot different from what they are today. This is due to many factors, from secular changes in the industry to the types of projects raising capital, to the types of people who are involved as investors in these projects. Gone are the days of pseudonymous developers raising millions of dollars without a business plan or a whitepaper.

ICOs have evolved significantly over the last 5 years or so since they started, with Mastercoin being the first major one. Instead of just speculation, there are many dividend paying cryptocurrencies. The tokens also have economic value, beyond just being a mere cryptocurrency. ICOs today are made out of serious ambitious teams with a vision (and yes, a whitepaper at the very least). The valuation and return calculations are different. They also lend themselves better to valuation models, which is liked by more serious investors as they look for returns beyond speculation.

Therefore, the profile of ICO investors is changing. Let’s look at the trends, and understand the implications.

Who Invests in ICOs Today?

ICO investors today are usually comprised of early adopters. The cycle usually goes like this: some investors get ‘rich’ through one crypto investment, and that money gets recycled into other projects.

We see that play out often. The first big crypto was of course Bitcoin. Some notable names that made it big include the likes of Joseph Lubin, who went on to be a co-founder of Ethereum and the founder of the Ethereum venture studio Consensys.

We see this play out with Ethereum too. The DAO was able to raise over $100 million before its collapse. That money was mostly from the Ethereum investors that got rich from Ethereum. Since ETH has kept its value, more or less, all the new ICOs on Ethereum benefit from these investors wishing to invest in ETH-based tokens. Therefore you see tokens like SingularDTV or FirstBlood on Ethereum sell out in a matter of minutes.

One look at the numbers will tell you that ICOs are serious business. In 2016 alone, ICOs raised over $100 million. That’s serious money. With these types of investments, institutionalization is only natural. The profile of ICO investors is already shifting from a few big players, or ‘whales’ to institutions where regular people pool their money, thus giving the institutions more say in projects. This is an interesting trend, and something that every ICO investor and crypto-enthusiast should anticipate. It is important to understand the motivations and methods of institutions over individuals.

Here are some serious ICO investors today. I am listing the institutions in the space.

The trends towards institutionalization are clear. ICO investors are shifting from being early adopter individuals to more savvy individuals. These individuals are relying more on funds and institutions. These funds act as a pool of capital. Therefore, by virtue of their increased size, they will play a bigger role in the future of cryptocurrency investments.