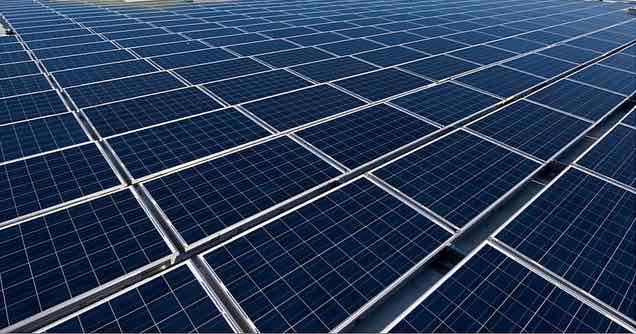 Restart Energy Democracy, or RED, is a new crypto token for the retail energy markets. The reason it caught our attention is that it is created by a company that already has an existing energy business in the EU, and has built an energy retail franchise. The company is now expanding to include a blockchain offering for a decentralized energy market on the blockchain, using its RED MWAT tokens. Once it launches, the project won’t have to go out and find a use case, since it is already in business and has an existing customer base to use its product and token.

Let’s take a deeper look into what the RED project and platform are all about, and where the RED MWAT tokens fit into the picture and ecosystem. This will help the readers better get a sense of the project, the company, and where it stands in both the energy and the blockchain ecosystems.

Before we discuss the tokens and crypto aspects of the project, let’s first look at the platform itself.

The RED Platform is a peer-to-peer energy trading platform. This is important to note, since it means that the nodes of the network, i.e. the ultimate users, are both the producers and consumers of electricity. For example, suppose you have a solar panel installation on your rooftop, you can, in a way, sell this energy to your neighbors who also use the RED platform, and get paid for doing so.

There’s no need for an involvement of the grid, which may or may not be feasible (i.e. selling energy back to the grid) depending on the jurisdiction and geography. However, having neighbors who need energy is very much a given. That’s where the peer to peer value proposition comes into play for the RED Platform.

The other important feature of the RED Platform is that it allows the issuance of green certificates to consumers using renewable energy. This is an important direction towards future-proofing the energy generation and consumption business, because the world is heading towards a green energy future anyway. The RED Platform helps combat the pressing energy and environment needs of our generation through this program.

To fully understand and appreciate the utility of the MWAT token, let’s first think of what cryptocurrencies traditionally have done. A cryptocurrency like Bitcoin takes energy to mine, and in a way, stores it in a unit of Bitcoin. It therefore acts as a virtual battery, storing energy as it retains its value. That’s why we have crazy proposals like space solar production that can be transmitted back to earth as Bitcoin instead of regular energy.

Think of MWAT as a ‘crypto battery’ that stores energy. What this ‘battery’ lets you do is to have access to energy on the network. If you hold one MWAT token, then you will have access to some energy produced by the RED network. At the initial stage, each MWAT token holds 0.11 kWh of energy consumption, which can go all the way up to 1 MWh. This means that the entire network can trade in these MWAT tokens, but each token isn’t just an ERC20 token backed by nothing – instead, it gives you the right to a specific amount of electricity capacity that you can actually use for your house or business.

Once you’ve gotten an idea of what the MWAT token does, you can look for use cases beyond just energy production and peer to peer trading. In fact, the MWAT token can kickstart a whole energy economy within its ecosystem, all powered by the MWAT token. How is that, you might ask. Let’s look into those dynamics.

One way this can really help the crypto ecosystem is if someone is building a new power facility for use by a crypto miner. Both the miner and energy producer can denominate their debts and credits in terms of energy units, or MWAT tokens, instead of USD. This would be a win-win – the miner would get energy at a fixed rate, and the energy producer repays the cost of creating the production facility based on the energy that the facility itself produces, thereby significantly lowering the risk.

This of course is just one scenario. There are lots of other potential interesting use cases of using a constant-energy crypto token on Ethereum.