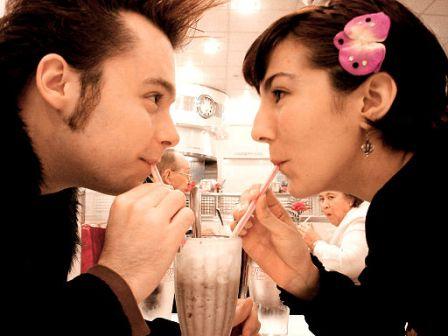 Sharecoin (official announcement) is a relatively new altcoin that uses a pure PoS (proof of stake) system to secure the network. This has been the trend in the altcoin scene of late – either a pure PoS or a hybrid PoW/PoS (proof of work/proof of stake hybrid) system. However, the most important question to answer with a pure PoS system is – how will the coins be distributed?

However, Sharecoin did it differently – it distributed the coins to all eligible Bitcointalk accounts. This has been tried before, but it is usually easy to cheat. However, the team behind Sharecoin created a very well made website that tracked the requirements automatically – registration date, number of posts and signature requirements that were in place for at least 7 days since the application was submitted. This already showed that the developers behind the project were serious. What’s more – no coins were reserved for the developers and they just worked through the tips. That’s a bold step that’s probably necessary to assert the seriousness of the project.

In all, 1528 accounts were given the initial Sharecoin distribution (and 1714 applied but were disqualified). All the details and transaction ids are on their website, and is very transparent. Even if a lot of people in the altcoin world are looking to move away from Bitcointalk forums, it still remains the largest gathering of cryptocurrency enthusiasts online and most announcements still get the most traction on these forums. Giving away a PoS coin to this community is a good way to make sure the coin is fairly and evenly distributed but only among the people who know and understand the scene (unlike say Auroracoin distribution that was given to everyone in a geography, irrespective of their familiarity with cryptocurrencies).

The other very interesting aspect of the Sharecoin project is the starting of a new exchange that trades other altcoins and the fees gathered are then shared among the shareholders. This is another very interesting idea, since the coin is now backed not just by pure speculation but by a steady revenue stream and a business (that may or may not succeed of course). I predict more and more altcoins in the future going this route – securing the value of their coins through an underlying business or cashflow generating asset.

This is one of the altcoins I will keep an eye out for, as the team behind it seems serious about the coin and has already provided some good proof of their work.