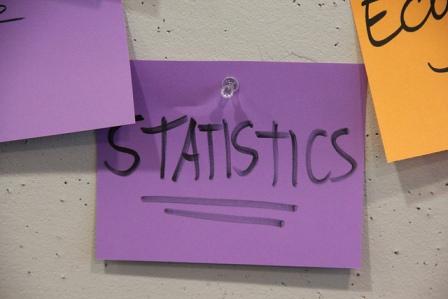 On 9th June 2016, Bitcoin reached a very important milestone – the second halving. In Bitcoin, halving occurs after about every four years, during which the mining reward is reduced by half. It’s a planned part of the Bitcoin ecosystem that controls the new supply of the cryptocurrency in the market. In the second halving, the reward went down to 12.5 BTC from 25 BTC. The block 420,000 was recently mined by Chinese Bitcoin miner F2Pool, setting the milestone of the first reduced block mining reward since 2012. The block contained 1,257 transactions, with an estimated transaction value of 1,688.69 BTC. The third halving is scheduled to occur sometime in 2020. So let’s compare the facts and figures between first halving that took place on Nov 28, 2012, with the second halving that occurred recently.

The relatively higher hash rate of the Bitcoin led to an earlier second halving. It occurred five months earlier than it was scheduled. Hash rate determines how powerful the miner’s machine is, and the profit of a miner is directly proportional to the hash rate, so this rate is adjusted every 2016 blocks and hash power increases or decreases in between. First halving was done after the mining of 210,000 blocks. The second halving is done after the mining of 420,000 block. At the time of first mining, 10,500,000 Bitcoins (50% of 21 million) were in circulation and at the time of second halving, 15,750,000 Bitcoins (75% of 21 million) are in circulation. After first halving, inflation rate (yearly) also dropped from 25% to 12.5%. In second halving, the inflation rate dropped from 8.4% to 4.2%.

Over the past few years, Bitcoin experienced a sharp rise in the price and gained the attention of the masses. It had been trading around $12 and reached a high of $30 after the first halving. However, after a few months, it reached to $266 in April 2013. The price kept rising until it touched the all times high of $1200 in November 2013. Currently, Bitcoin has been traded around $585. In a nutshell, Bitcoin experienced 5400% increase in the exchange rate from first halving to the second halving. Similarly, market cap increased from $128 million to $10 billion, which is 8000% increase.

Back in 2012, most of the Bitcoin miners used Graphic Processing Units (GPUs). The miners were also fewer in number. However, the number of miners significantly increased due to Bitcoin’s increasing prices and the advent of new hardware in the form of Application Specific ICs (ASICs). Now with the new ASIC-hardware, Bitcoin mining is being done more professionally, out of reach for the hobbyists. Miners mine Bitcoins in specialized data centers located in the areas where electricity is cheap and stable. At the time of the first halving, mining difficulty was calculated to be 3,438,908, and now it has reached to 213,398,925,331. Similarly, the estimated hash rate has also been increased from 25 terahash/sec to 1,520,833 terahash/sec which is 6,083,232% increase. The decrease in Block value due to second halving is approximate $16,875+ to $8438+ whereas in the first halving the block value decreased from $600+ to $300+.

After the first halving, the Bitcoin industry started to gain the attention of investors, but it was not significant. However, in 2013, China’s interest in this currency increased, causing not only skyrocketing of Bitcoin’s price but also grabbed the attention of many investors. Now many venture capitalists and corporate investors have been taking a lot of interest in Bitcoin industry. Some of the prominent corporate investors of Bitcoin industry are Andreessen Horowitz, Tim Draper, AXA, and Goldman Sachs. At the time of first halving, the total industry wide investment was $2.1 Million and now it has reached to $1.1 Billion. Largest investment round publicly announced per company in 2012 halving was $1,500,000 and its $116,000,000 now. Similarly, largest commulative investment increased from 1,500,000 to 121,050,000.

Back in 2012, there was a single exchange “MtGox” for Bitcoin trading. Now that the number of exchanges has increased significantly and they are located at different locations around the globe, trading volume has also exploded along with other growth metrics. The increase in trading volume is hard to calculate because some exchanges provide fake information. The total trading volume on daily exchanges has approximately increased from 40,000 BTC to 2,000,000 BTC. Similarly, at the time of first halving, MtGox used to be the largest exchange by liquidity with 30,000 BTC per day, but now Bitfinex is the largest exchange with 57,150 BTC per day.

The number of Bitcoin users is not easy to calculate as anyone can access and download the software. Therefore, the total number of users can’t be determined. However, based on day-to- day usage stats, one can confidently claim a significant increase in Bitcoin adoption after the first halving. Daily on-chain transactions have increased from 30,000 to 200,000. At the time of first halving, the daily on-chain transaction was $3,000,000 and at the second halving, it is $200,000,000. The number of total merchants at the time of first halving was 1,000+ and now its 100.000+. Largest BTC accepting merchant has also shifted from WordPress to Microsoft in these four years.

The scalability of Bitcoin network has always remained a controversial topic because of some hurdles that tend to hamper Bitcoin’s growth. This issue resulted in high cost of participation in the network and resources that are needed to run a full node. Average block size and block chain size were approximately 0.1 MB and 4 GB respectively at the time of first halving. Now, after the second halving, the size of average block size has increased to 0.8 MB and blockchain size has increased to 75 GB. The unspent transaction output (UTXO) at first halving was 117 MB and it’s 1412 MB after second halving. Node count at the first halving was 10,000 and now it stands at 5,000.

James Freeman works as a Senior Analyst for The Bitcoin Banc – A Bitcoin Auto Trading Platform.