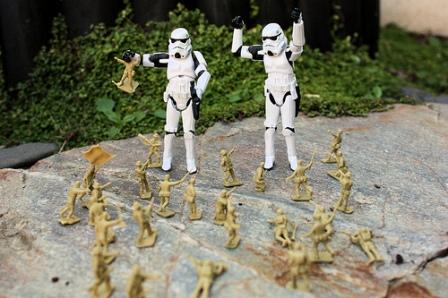 For the time being, the promising new cryptocurrency Stellar has become completely centralized. Completely centralized, as in, there is exactly one validating node for the entire network. In traditional finance, the situation is called ‘becoming a bank’. Hopefully, this would be temporary, and they can find a quick solution to their woes. Even though the move may have been necessary, it sets a bad precedent and dents trust in the system.

Well, turned out, there were serious flaws in the Ripple-style consensus algorithm that Stellar uses. This caused the network to fork, a serious issue for any altcoin but particularly so when your underlying consensus mechanism itself is to blame for the fork. To their credit, Stellar announced this publicly and said it is looking into possible solutions of changing the underlying consensus algorithm itself. Read their own blog post for more details on this.

It is also important to note that this particular scenario was already established by Prof. David Mazières, head of Stanford’s Secure Computing Group. He showed scenarios that would result in this type of a fork, but it was dismissed by Stellar and Ripple as being unlikely. However, as it turns out, if you have enough accounts and transactions, the probability dramatically increases.

And yes, Ripple would be vulnerable too.

The temporary solution adopted by Stellar is to replace the entire consensus algorithm with one single validating node, which means there is nothing left to form a consensus with – whatever that one node says is right is right and whatever that one node says is wrong is wrong. Obviously, this is a very less than ideal situation, but it seems like it might be the right path forward to save Stellar.

There aren’t too many Stellar gateways now, and it is possible that this would really affect no one really. However, it’s a dangerous precedent and definitely will be on people’s minds when they try to use Stellar or Ripple in the future. Ripple has a wider network and relationship with banks and precious metals dealers, so it would be interesting to see how they react. Things can turn nasty if double-spend attacks are successfully executed.

Stellar started off with big hype and lots of users and investors on board from the very initial days. They were giving out free Stellar to anyone who confirms their account with their Facebook accounts, which prompted people to post tasks on Amazon’s Mechanical Turk to game the system and get more Stellar before any official exchanges were in place.

Funding wise, it is already backed by some of the big names in Silicon Valley, including Naval Ravikant, the co-founder of AngelList. Also, Stripe owns a bunch of Stellar for helping out the project at its very initial stages, and said it would sell it to other companies to decentralize the ownership.