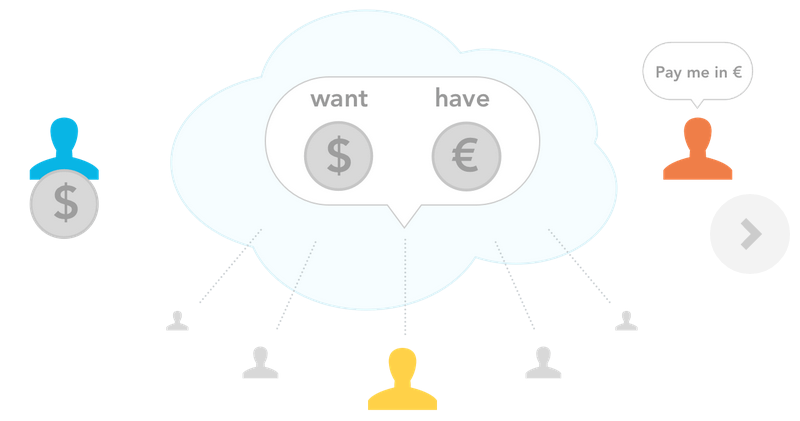 “Stellar is a decentralized protocol for sending and receiving money in any pair of currencies”. Sound familiar? It should, as it’s pretty similar to Ripple, another similar protocol that was heavily criticized for it’s poor distribution strategy (Ripple was 100% pre-mined and then distributed). Stellar might see better reception in the community and succeed where Ripple had failed. Stellar is already backed by one industry-heavyweight: Stripe.

Stellar is (like Bitcoin) a decentralized payment network; unlike Bitcoin, it supports transactions in arbitrary currencies—you can use dollars, Euros, bitcoins, or anything else. Stellar implements something very close to the idealized “IP layer for money”

Stripe has funded Stellar with $3 million in return for 2% of all Stripe, although the project isn’t run by Stripe but by a team of people at Stellar Foundation. Stripe has also promised that they’ll auction off a majority of their Stellars to interested companies, with the profits being returned to the Stellar Foundation. The Stellar Foundation already has some big names, especially the board: Jed McCaleb (the founder of Ripple, and original founder of MtGox before he sold), Keith Rabois (One of the famous “PayPal Mafia“, COO of Square), Patrick Collison (CEO of Stripe), and adviser list, including Naval Ravikant (Founder of AngelList), Sam Altman (President of Y-Combinator), and Dan Kaminsky (a famous security researcher).

With an impressive backing, Stellar might just succeed where Ripple failed. Even though there were several good ideas with Ripple, it failed to live up to the hype and couldn’t make inroads into financial institutions as it envisioned. Stellar, with a stellar list of backers and board members, might be better suited to succeed in this aspect, since the net worth of all its board members and adviser list combined counts into several billions of dollars, and they have the clout required to ensure wider adoption. Another interesting aspect of Stellar is that there’s a steady 1% inflation per year.

There will be an initial supply of 100 billion Stellars, 50% of which are being given away to anyone who signs up with a Facebook. See the full distribution of Stellar, and note how different it is from Ripple’s distribution. You can sign up now, and get 6000 Stellar for free (you have to connect with your Facebook account).

It would be an interesting experiment to watch how Stellar makes progress and whether it can succeed in truly “disrupting” money transfer and do better than Bitcoin.