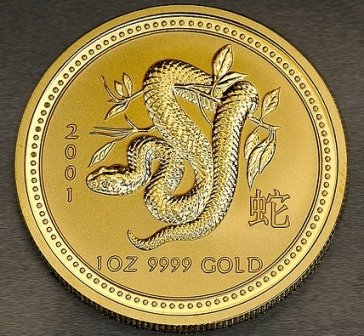 Here’s a guide on how to buy gold with Bitcoin. You’d be surprised by how many different options you have in converting between Bitcoin and gold/silver, some of them physical gold coins or bars and some of them at an IOU level so you can speculate on the value of gold vs. Bitcoin.

Lots of people who are interested in Bitcoin are also interested in precious metals, especially the early adopters who were disproportionately libertarian in their philosophical and economic thought. Bitcoin, in fact, was and still is, often touted as ‘digital gold’ based on the scarcity of each. Gold has also been used in commerce for thousands of years and has a free market proven vibe to its properties. Both gold and Bitcoin attempt, in small ways, to bypass fiat currencies issued by governments, and both have become a store of value during turbulent economic times when there’s high inflation (think current day Russia, Venezuela, Argentina, etc.)

Here are some options for how to buy gold with Bitcoin, either the physical commodity or just getting the exposure to gold prices through a third-party. I’ll explain the options individually.

Amagi Metals: Amagi is another long-time Bitcoin supporting precious metals seller. They probably have the best pricing for your gold and silver coins if you pay with Bitcoin.

Agora Commodities: Agora is another Bitcoin supporting company that accepts Bitcoin for gold and silver coins and bars. The company is also a long-time supporter of Bitcoin and its community. You can buy your bullion in USD or Bitcoins.

Bitreserve: Bitreserve is a company founded by Halsey Minor (the founder of CNET) and aims to be a convenient currency exchange platform. It is definitely centralized like Coinbase, in that it holds your private keys. In return, you get the ability to seamlessly convert between Bitcoin, USD, GBP, Euro, CNY and yes, also Gold. If you want to get ‘BitXAU’ from Bitreserve, you just send Bitcoins to the ‘Gold’ card on your account, and that’s it. It will be worth a few ounces of gold, depending on how much you send. The gold is held in reserve by Bitreserve (and is therefore fully backed by the physical commodity, not ETFs and use GBI for this). The conversion is instantaneous, and you are effectively buying gold with Bitcoin when you send Bitcoins to your gold card. You can spend it as you would spend Bitcoin, by sending to any Bitcoin address. Do be aware though that there is a transfer fees of 2.4% in and out. The company is promising, has raised about $15 million already, and has a plan for the future. They are trying to add Oil to the mix, which would be quite interesting. 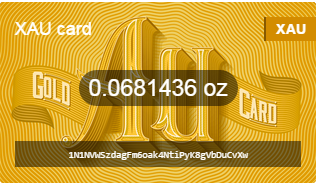 Ripple Singapore: This is a Ripple gateway for gold, silver and platinum. This is an IOU of course, and if you trust this Ripple gateway, you can buy and trade gold and silver throughout the world on the Ripple protocol. Ripple gets strong reactions from people in the Bitcoin community, but this is definitely one of the options. If you want to buy XRP (Ripple tokens), you can try Poloniex or Kraken.

BitGold from Bitshares: This is another interesting idea, using Bitshares. This isn’t an IOU (unlike Ripple) and the price of BitGold on the Bitshares network (one of the BitAssets, along with others like BitUSD, BitCNY etc.) is market determined, and is maintained close to the real price of gold by delegate feeds (101 delegates for the network). This is still a work-in-progress but as more people join the network, the tighter the spreads between BitGold and Gold price should be, and the liquidity is currently poor but hopefully will improve in time. You can buy BTS (Bitshares tokens) on an exchange like Bter.