Augur, the decentralized prediction marketplace to be built on top of Ethereum, has raised over half a million dollars on the very first day of the crowdfunding. The crowdfunding program has been eagerly awaited by investors, as they bet on future applications of cryptocurrency beyond just currency. The team had to wait for an official Ethereum launch before announcing their own crowdsale, since Augur is built on Ethereum (owing to a higher programming flexibility of smart contracts on Ethereum than Bitcoin). The team promises that people can use Bitcoin to place their bets on events.

As of this writing, Augur raised over 1750 BTC and over 99,000 ETH, the two ways to crowdfund this project. The team has also partnered with ShapeShift in order to accept other altcoins, which are then immediately converted into Bitcoin. The total raised so far (at BTC/USD of 257.77 and ETH/USD of 1.17 reported by Coinmarketcap) is around $567,788. The crowdfunding seems to be quite successful so far, and based on the incentive schemes (15% extra for first 5 days), it appears that most of the money will be raised within the first 5 days.

Augur’s crowdfunding has been awaited by many in the community, with it being postponed initially after Koinify pivoted from providing a crowdfunding platform. Originally, Augur crowdsale was supposed to take place on Koinify, which had hosted other successful crowdsourced projects in the crypto space such as GetGems and Factom. Also, the launch of this crowdsale was delayed due to delays in the production release of Ethereum, although the Augur team built an alpha application to test on top of the Ethereum testnet.

Also, the current crowdfunding will be managed by the Augur Forecast Foundation, BitGo and Vitalik Buterin, the founder of Ethereum. Vitalik has been one of the early funders of the project, and seems to be fairly involved in the project and the team. Augur also appears to be the first major release on Ethereum, so will be closely watched.

Prediction markets in a decentralized, uncensored manner, will provide for very interesting intelligence from the so-called ‘wisdom of the crowds’. The phenomenon has been studied quite extensively in academia, but researchers have been limited in their research because they are considered illegal in the United States. With the opening up a platform like Augur, this might easily change in the future, providing an invaluable tool to researchers to gather intelligence.

The idea of Augur is based on the Truthcoin whitepaper, although it has been modified substantially by now. The reputation tokens (which is what the presale is for) called REP will be distributed among the masses, and they will vote on event outcomes. Everyone has an incentive to vote for the ‘right’ outcome i.e., with the crowd, which gains them more reputation points. Otherwise, they lose reputation points.

Recently, Reason ran a detailed article on Augur, exploring how it could be a betting platform, especially sports betting. 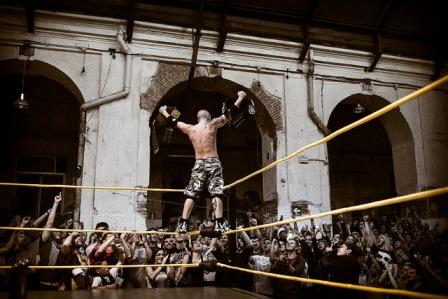 These are the best altcoins to invest in, in 2015, in my opinion. Each one has promising prospects that may or may not pan out, but if you’re willing to take the risk, these are worth exploring further. If not, just hold on your Bitcoins! There are many interesting cryptocurrency projects out there. Unfortunately, it’s hard to separate out the best and most promising ones from the rest. In my view, the following are the ones to keep an eye out on, in 2015.

Note: This shouldn’t be taken as investment advice. Please do your own due diligence before putting any money into anything in the cryptocurrency space.

Counterparty is one of the most interesting cryptocurrencies out there, with a large potential reward. The biggest win for this would be if Medici goes live and becomes an actual stock exchange (for those who don’t know, Overstock hired the original Counterparty devs to work on Medici, a blockchain-based stock-trading platform). Even if it lists a single low-value stock, the value proposition would be huge. Also, it would mean it has overcome all the regulatory hurdles associated with such a project, which in and of itself would be a big achievement. The developers are also quite good, and actively work on the project (e.g. they were able to port the functionality of Ethereum on to the Counterparty protocol). It has other advantages, such as being built on top of the Bitcoin blockchain and an initial proof-of-burn instead of ICO/IPO model. Counterparty is definitely something to keep an eye out on, going into 2015.

Bitshares is another ambitious project, which has a lot of potential to do well in 2015 and beyond (in spite of a rich history of missing every deadline and reneging on their original promises several times). At its core, Bitshares provides a way to trade assets like BitUSD and BitGold, which track the value of USD and Gold through a clever mixture of price feeds and prediction-market-style price convergence mechanism (giving incentives for longs and shorts when the price deviates either way). It is also a good way to short, say, BTC, through bitBTC, which should help accelerate the price discovery of Bitcoin itself, assuming it is able to have significant volume.

It also uses a delegated proof of stake mechanism to secure the blockchain. Risk factors include the centralization of decisions (e.g. making a deflationary currency inflationary, which has already been done) that might keep investors up at night and a belligerent community that expels any criticism, thus keeping away many good members of the wider crypto community (such as a whole drama with Adam Levine of Lets Talk Bitcoin). Even then, the project has some good potential and would be interesting to see its growth into 2015 and if the ecosystem can mature. In addition, there are new products planned, especially an auction-style decentralized DNS system which could gain more traction than Namecoin (due to the profit model and disincentives to domain-squat) and a decentralized voting system.

Maidsafe, as a project, goes back to before Bitcoin was even invented. It is probably the most ambitious project of them all, since it isn’t blockchain-based like all other projects on this list, but wants to ‘decentralize the internet’. There is a lot of theory behind how Maidsafe is supposed to work, and it’s not all easy (there’s your big risk factor right there). On the other hand, there is a lot of progress being made, and quite a few developers are already building apps for this system. If the release is successful, expect the coin to rise significantly in value.

Stellar is just like Ripple, but is hoping to have a better distribution model. Also, it is backed by some big names in Silicon Valley, which might give it some edge. Being a more trust-based system than say Bitcoin, Stellar needs connections in its network which will be used to transfer value. Ripple actually made some significant progress on the business front in 2014, and if Stellar can get some banks, especially across continents, to use their network for clearing trades, it would be a significant win. Stellar also has quite a few developers working on apps and gateways for Stellar, which is always encouraging. I am not holding my breath, but Stellar has a lot of potential to grow, especially when you compare Stellar’s marketcap with Ripple marketcap.

NXT is a cryptocurrency that always surprises to the upside, since its launch (remember the initial crowdfunding?) and you never know what 2015 is going to bring. There are many features being implemented, and even though Counterparty is gaining a good deal of traction, several new ‘appcoins’ are being built on top of the NXT network. It has a good developer community, and has had a relatively quiet 2014, so I am definitely looking forward to what 2015 will bring.

Ethereum is perhaps the most talked about altcoin in existence today. Over a period of a few years, its programming language might change the way we look at applications. It is powerful, and it needs a lot of developers building on top of its blockchain. It was arguably the most successful IPO/ICO ever in the space, so be aware of that before you decide to invest. It seems futile to try to predict Ethereum’s success in the short term. Unfortunately, the technology is yet to prove itself in the battlefield, so I’ll defer my comments. It does have a lot of potential though.