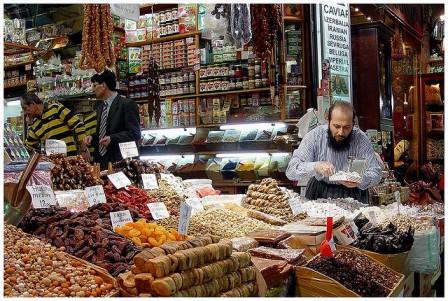 With the ongoing Bitstamp saga, where hackers seem to have taken off with a sizable portion of the exchange/consumer funds, the debate is back to the question of how safe centralized exchanges are. After all, you’re trusting your Bitcoins to a third-party that is now in full control of your Bitcoin (and just issues you an IOU). Single points of failure are scary, irrespective of how noble the intentions and how competent the people running the system. It’s likely that Bitstamp customers will not see a loss of funds. However, this brings us back to the question of what the best ways to trade Bitcoin are, without entrusting your private keys to a third-party.

Unfortunately, centralized exchanges are very efficient and easy (relatively) to implement, so the alternatives will always seem to lack something. However, some of you might prefer these alternate routes.

LocalBitcoins: This is perhaps the best and easiest way to get around the problem of central Bitcoin exchanges. Local Bitcoins has grown by leaps and bounds and there are thousands of listings especially in major cities where you can buy and sell Bitcoins. The trades are completed relatively quickly and the persons interact with each other in-person while handling cash and Bitcoin, so the risk is minimal at best. This options depends on your geography of course. If you’re in San Francisco or New York, it’s relatively easy to find people willing to trade here. If you’re in different smaller town in a developing country, it might be much harder.

Bitshares (BitBTC): There are several ideas floating in the cryptocurrency space dealing with making a fiat equivalent of a crypto, but Bitshares seems to be the most promising and has taken the lead in creating a system without counterparty risk. To be sure, Bitshares isn’t a true currency exchange (in that there is no real transfer of Bitcoin or fiat between parties) but instead more akin to a CFD (Contract For Difference) which tracks the price of the underlying (Bitcoin and USD or EUR) through a mixture of market incentives and price feeds. It is still possible to speculate on the currency pair BitBTC/BitUSD which tracks the price of BTC/USD. The main disadvantage is that there is low liquidity in the system right now, but should be improved as more people enter the system. Of course, there is also a high amount of systemic risk inherent to such a new idea, although there isn’t any counterparty risk since all ‘BitAssets’ like BitBTC and BitUSD are fully collateralized up to 150% through Bitshares (BTS), the native currency of the system. One additional advantage of the Bitshares system is that it is possible to short BitBTC, which should track the equivalent of shorting BTC.

Trading Events: Trading events are actually a fun way to meet more Bitcoin enthusiasts, swap stories and trade in-person. There is no centralized exchange, and the transfers happen peer-to-peer. One person hands over cash, the other person transfers Bitcoins directly to the trader’s wallet. No counterparty risk. One example is the New York Bitcoin Center in New York City, right next to the New York Stock Exchange that holds trading events quite often. Of course, the limitation is geography – where you live might not have these types of events.

Decentralized Exchanges: There are several ideas of decentralized Bitcoin exchanges, and some of them seem promising. It is hard to say how successful they will be though. BitSquare is one of the projects that has a working wallet and is currently testing things on the Bitcoin test network. The system is decentralized and if you want to learn more, you should read their whitepaper. Open Bazaar is another project that is coming along nicely, and although it is a marketplace for things, paid for in Bitcoin, there is no reason why it cannot be used to buy fiat currency instead of iPads. The built-in reputation system and dispute handling should be valuable.