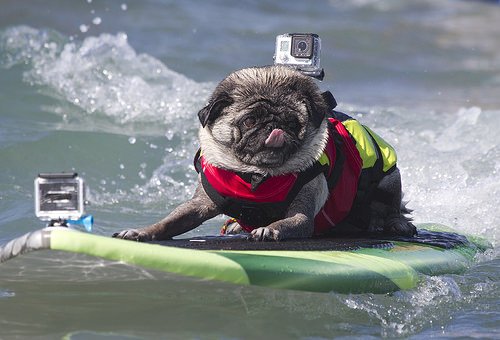 The ‘altcoin’ space has evolved quite a bit since its initial days, when every day would bring three new announcements for new coins, all called ‘innovative’ while the only innovation was their name and logo (anyone remember junkcoin? Yes, the coin was literally called junkcoin and it was in the top 100 at Coinmarketcap!) Today, the scene is quite different. Love them or hate them, new technology and teams trying out the blockchain technology are always very interesting, irrespective of whether they succeed.

There were, of course, several of the ‘altcoins’ that have seen varying degrees of success. Some of them that did very well, from an investment point of view, include NXT, Mastercoin, Maidsafecoin, Ripple/Stellar, Bitshares, Counterparty, Peercoin, etc. Again, you might or might not like all of them, but these are some good ideas and bold teams working on the products.

The altcoin stream has dried up, somewhat, in the past few months as the Bitcoin price has languished in the $200s range, in spite of a lot of good news and new developments throughout the world. There are still some new and exciting projects in the pipeline. I’ll briefly mention a couple here, and perhaps do an in-depth article on them at a later stage.

Both these projects are doing their crowdsale on the Koinify platform, which is build a name for itself in the industry by being very selective when it comes to featuring projects and ensures the projects are funded only when they meet certain development milestones. You’ll need Bitcoin to invest in these. Check out the page on Buying Bitcoin if you don’t have any.

Note: This should not be construed as investment advice. If you didn’t already know, ‘investing’ in Bitcoins is extremely risky and investing in ‘altcoins’ is even riskier. Investing in a crowdfunded token that gives you the right to a software is riskier still. Take your precautions.

Factom is a “Factom is a distributed record-keeping network for securing millions of realtime records in the blockchain with a single hash”. This means it allows you to store the hash of several works, in the Bitcoin blockchain, through a singular hash. It is more efficient than a proof of existence type system. Currently, for example, the entire Gutenberg collection of eBooks are stored as a hash in the Bitcoin blockchain through Factom.

Factom announced its crowdsale at the end of March 2015, so be on the lookout on Koinify. Purely from an investment perspective, the tokens may or may not be a great investment, considering there is already a lot of hype and expectations built into this project, and the fact that they have taken a  good amount of venture money already. Still, these things are hard to predict, and it is entirely possible that the initial investors will see a good return on their investments.

Augur is an implementation of truthcoin, which is a “Trustless, Decentralized, Censorship-Proof, Incentive-Compatible, Scalable Cryptocurrency Prediction Marketplace”, so basically a decentralized prediction marketplace. The whitepaper I linked to is very interesting, so if prediction markets interest you, definitely give it a read.

Augur is a very interesting project both conceptually and from an economic viability point of view. I see there are many right elements from an economic incentive point of view, built into the concept, and I think there is a good amount of upside to the concept in the coming years if it can work as promised in the real world. Augur is expected on Koinify in May 2015, so keep an eye out.