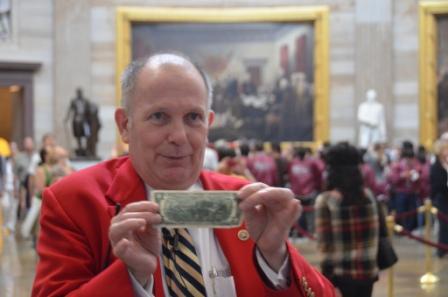 This is a guide on how to buy fractions of Bitcoin. If you’re new to Bitcoin and cryptocurrency, you might look at the headline price of a Bitcoin around $60,000 and think Bitcoin is too expensive. This is a common mistake made by new users in the space (along with buying a token because it looks “cheap” on a per-coin basis, like XRP or DOGE).

Is Bitcoin too expensive to afford? Actually no, because it is trivial to buy fractions of a Bitcoin. Each Bitcoin is divided into 100 million units, each called a ‘satoshi’. If you’re looking how to buy fractions of Bitcoin, the process is similar to buying a full Bitcoin. However, when you only want to buy smaller amounts of Bitcoin, there are some additional ways you can do so, which don’t scale up if you’re looking to invest tens of thousands of dollars.

You don’t need to buy a full Bitcoin. This is similar to how several online brokerage firms now allow you to buy fractional shares of high priced stocks like TSLA, GOOGL, or AMZN. Or think about buying gold – you don’t need to buy a 1kg gold bar to invest in gold. You can buy a 1oz or even 0.1 oz gold coin.

Before we proceed, here is a quick Bitcoin conversion guide to keep the terminology straight.

Note: bits is becoming more and more popular method of denoting the number of Bitcoin, and you generally don’t have to deal with pesky decimal places. This has the added advantage of seeming similar to 2 decimal places that people are used to for money (e.g. dollars and cents). Others say we should just skip the intermediate bits and just move to satoshi or sats.

Different Bitcoin wallets can choose different denominations like satoshi or bits. Bits was more popular during the 2017 runup, and satoshi seems to be more popular in 2021. Satoshi or sats is generally used for lightning network and wallets that support the lightning network, making it more common for the user-facing payment apps.

If you’re living in the United States or most of Europe, the easiest and most trusted way, especially for retail investors, is to buy Bitcoins at Coinbase. Coinbase stands out as a venture capital backed company that is geared towards the retail investors. This is a company that will likely become the first major cryptocurrency player to go public in the United States at a valuation that exceeds most banks! Seriously – based on current projections, Coinbase will be valued in the markets at close to the market capitalization of Goldman Sachs. The company filed for an IPO with the SEC and previously raised $100 million from the most reputed VCs.

The signup process at Coinbase is somewhat similar to what a brokerage firm needs, only everything is online and the verification process can be more straightforward. They will ask for an identity document, and if your identity matches, you can start buying your Bitcoin almost instantaneously, i.e. within 10-15 minutes. However, sometimes the automated identity verification fails, which means you’ll need to wait to be manually approved. In those cases, you might need to wait a few days, depending on the traffic. You buy Bitcoin by linking your bank account or debit card. Coinbase also provides a handy online Bitcoin wallet and a more secure Bitcoin Vault, although it is advised not to hold too much money in any Bitcoin custodial wallet.

You can buy Bitcoin by linking your bank account, and you can buy even small fractions of Bitcoins. When you initially login, the funds might take up to 3 days to appear in your account, after which you can purchase Bitcoins. You can also sell Bitcoins via Coinbase, and you can use it as a convenient online Bitcoin wallet. In addition, they offer multi-signature wallets too, which means Coinbase will no longer have any custody of Bitcoins.

Coinbase has also been adding other cryptocurrencies, all with the ability to buy fractional amounts of. So for example you could invest into fractions of Stellar or ZCash or Chainlink all via Coinbase.

As a final bonus, you can now earn Bitcoin just by signing up to Coinbase and verifying your account and learning about some cryptocurrencies. As of right now, you can earn up to $115 worth of crypto that you can earn and then convert to Bitcoin via Coinbase earn. Make sure to use this link so you also get $10 of Bitcoin extra for free.

Binance is fast emerging as the most credible competitor to Coinbase especially in non-US countries. If you are interested to not only buy some satoshis (fractions of Bitcoin) but also to spend them on other tokens and cryptocurrencies, then Binance is the right place for you. Binance usually lists “altcoins” or “alts” much quicker than Coinbase, so if you want to diversify your digital assets, make sure you’re on Binance. Binance also has options for futures trading and margin trading for the crypto-traders or Robinhood crowd.

If you use Square’s cash app to send money to friends in your local currency, there is good news – you can buy fractions of Bitcoin via Square. You can check out square’s cash app here.

Square lets you buy easily a certain dollar amount of Bitcoin. This is ideal for thinking in terms of investing a fixed number of local fiat, say $100 that you want to invest in Bitcoin. The cash app takes care of the rest. Unlike Robinhood and PayPal, the cash app lets you withdraw your Bitcoin to your personal Bitcoin wallet address.