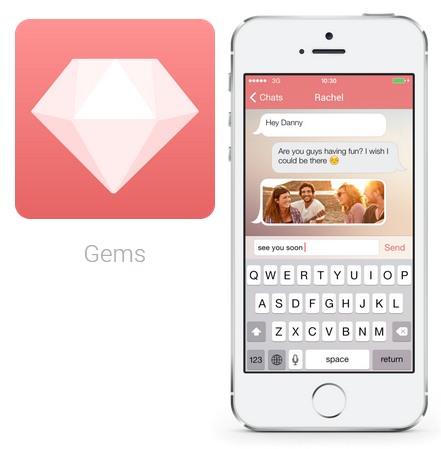 This is a guide on how to buy GetGems (GEMZ) tokens. GetGems (previously known simply as Gems) is a messaging application that is built on top of Telegram. GetGems was the first cryptocurrency to raise money through an IPO/ICO (Initial Public/Coin Offering) on the Koinify Platform, which provides several benefits over regular crowdfunding platforms, such as milestone-based fund release and a pre-check on projects that it lists. There is an Android app out already, and the iOS app should be out shortly.

The business model of GetGems is to sell voluntary advertising to customers that will be paid for by the advertisers in GEMZ tokens (thus it has real value in an application), and the customer would receive part of the advertiser funding, instead of it all going to GetGems (therefore the platform has monetary value to users too). Therefore, when you buy GetGems tokens, you are buying into an economy already, which advertisers might want to reach in the future. Also, this is completely optional by design – if you don’t want to be bothered with advertisers, you can simply turn it off. If you turn it on, you get a share of the advertising revenue.

It is a powerful idea, and something to look forward to. It is one of the more promising ‘Bitcoin 2.0’ technologies out there, with potential to move cryptocurrency to the mainstream, outside the usual Bitcoin enthusiasts, since messaging apps are something used by many people, especially being on the Telegram network. GetGems raised about $1.2 million in total, including the crowdfunding and also investing from Magma VC.

Like all Koinify tokens, GetGems tokens GEMZ are build on top of Counterparty (See how to buy Counterparty if you want to invest in this). Since the initial crowdfunding period is over, you need to get on exchanges to buy GEMZ tokens. Here’s how –

Bter: Bter became the first major cryptocurrency exchange to list GEMZ on its exchange. You can trade the currency pair GEMZ/BTC on Bter. At this point of time, GEMZ is only traded against BTC. In the future, they might trade this against fiat currencies like USD and CNY which can also be deposited at Bter (although USD is a pain to deposit). Even though Bter is one of the largest and longest-running major crypto-exchanges, if you want to invest in GetGems GEMZ tokens, it is advisable to remove them from Bter into your own Counterparty wallet.

Poloniex: Poloniex is one of the newer altcoin exchanges but has survived several boom-and-bust cycles in the crypto world. It has been a fairly solid exchange so far. Poloniex has also been quite good at adding new and promising cryptocurrencies to its expanding repertoire, which is good to see.