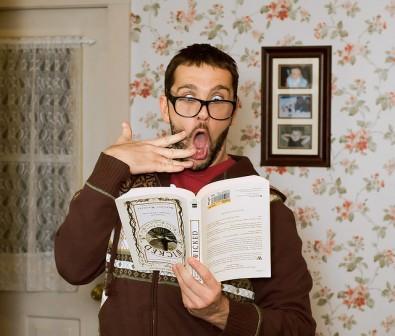 “First person to get directly hired by a blockchain!” Sound futuristic? That’s what one of the lead developers of Bitshares, Nikolai, told Reddit. The reason it’s surprising is that this isn’t true, and the developer certainly knows it isn’t true. In fact, almost exactly a year ago, I wrote about how MemoryCoin is trying out something brilliant. And that something brilliant was precisely the blockchain hiring people. Since MemoryCoin was a direct off-shoot of the now defunct protoshares (which in turn was the parent of Bitshares) and the MemoryCoin developer was also the one who implemented protoshares, the Bitshares developers most certainly know about the fact that they are not the first people to be “hired by a blockchain”. Why then, would they want to hide that fact?

I believe the reason is because the experiment ended in a disaster for MemoryCoin, and Bitshares is doing the exact same thing only on a much larger scale (101 potential paid positions instead of just 5). To understand the current Bitshares idea of paying people, it is imperative to understand why MemoryCoin failed in such a dramatic fashion when the idea seemed pretty good – hire 5 people, voted in by the stakeholders (who own MemoryCoin) who will provide some value to the ecosystem. If you think they aren’t doing a good job, fire them immediately (remove your vote) and vote for someone else (or vote for the rewards to be burned).

Firstly, let get some basic things out of the way. The dramatic Reddit title “I turned down an offer from Google to be the first person to get hired directly by a blockchain! #noregrets (yet…)” is misleading indeed. The developers were paid a lot of money by Invictus Innovations, through the funds raised through Angelshares (which is incorrectly referred to by Dan Larimer (bytemaster) as being a ‘donation with no strings attached’). Just yesterday, each one of them, including Nikolai, was paid a bonus of about $50,000. The developers certainly made much more money working on Bitshares than they ever would working at Google, and this had nothing to do with the blockchain paying them – they were paid from investor funds.

Also, Blacksburg is 61% cheaper than Mountain View, and has lower taxes. The developers, in short, were being paid through the millions of dollars raised in the initial IPO/ICO. After the money ran out (rather quickly, one might add), the company backed out of the initial ‘social consensus’ provided to the stakeholders of Angelshares (who gave them millions of dollars) and protoshares. As an additional plan, they made the currency inflationary to pay themselves (thus the ‘Blockchain is hiring!’ part).

Now, back to the question of why this idea failed for MemoryCoin.

As observers know, Bitshares is one of the most centralized serious cryptocurrency system in existence today, with (former) Invictus members holding most of the tokens. It is therefore very easy to influence voting. Worse, the exchanges, Bter and BTC38 that hold most of the coins for traders and small investors, would vote however they are asked for by the core members.

This was the exact problem with MemoryCoin. At one point of time, the original developer, who already had a very high percentage of all MemoryCoins in circulation voted himself for two positions (40% of all inflation rewards). People get greedy all the time, and the founding members of Bitshares have already shown that they can hard-fork the system when it suits them best (e.g. converting a deflationary model to inflationary one to pay themselves, rolling back on their social contracts, etc.)

The small-time holders of either MemoryCoin or Bitshares couldn’t be bothered to vote. Their shares add up though. Most of the petitioning happens in the forums. Problems with forums is they are a perfect example of echo-chambers, and if Dan asks people to vote for a particular delegate, most will. The others, who would oppose such moves, don’t really vote. Many don’t even know they can vote, since they don’t follow up with all the new developments. In addition, the extremely buggy software releases of clients means that only the die-hard fans can actually even access their wallets and vote, since most people would just give up instead of trying to make it work.

This was a little harder with MemoryCoin (but still done by the original dev), but is incredibly simple with Bitshares. There are potentially 101 paid positions, and most of them will obviously go to the Invictus team. However, so far, they’ve been using investor funds to pay themselves, and now that the money has run out, are using inflation. There is nothing stopping them from creating multiple delegates, and voting for each other in the process. Even if they don’t do it right away, it is a very strong possibility in the future. If history is any guide, this is a strong probability.

There are lessons to be learned from MemoryCoin’s failure, even though the idea, in theory, might sound appealing. Bitshares is going down the exact same path, and there are many pitfalls that investors should watch out for. Don’t blindly believe everything you read on echo-chamber forums.

The idea that stakeholders should vote for workers who provide value is a nice theoretical concept, and perhaps can be implemented in a well-defined manner on a smart-contract system like Ethereum. However, just taking a system where 10 friends hold 50% of the voting tokens and asking for voting to be fair just sounds like a disaster waiting to happen, with no checks and controls (and a history of going back on their word several times in the past). Perhaps the next iteration of ‘hiring by Blockchain’ by some other team, would actually make sense.